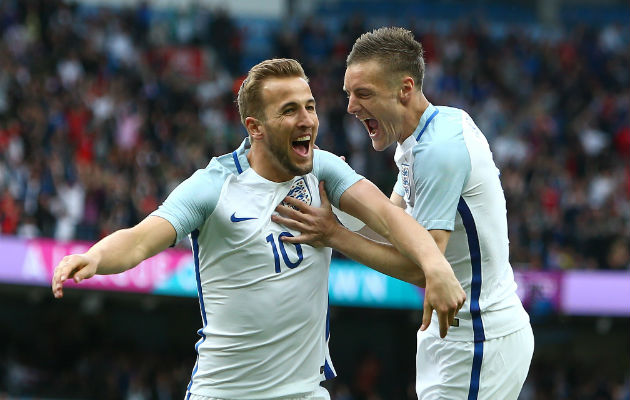 It was little over three years ago that Harry Kane and Jamie Vardy were sitting next to each other on Nigel Pearson’s bench at Leicester City.

That was in the second tier of the English game – fast forward to 2016 and now they have the prospect of lining up together as England’s first choice strikers at the Euros this Saturday against Russia.

It’s testament to both of the striker’s work ethic and dedication and Tottenham striker Harry Kane believes that they are getting their rewards.

“It just goes to show that you can never stop working hard and never give up,” Kane told the Daily Mirror.

“At the time, me and Jamie couldn’t even get in the Leicester team. Since then we have both knuckled down. We carried on working hard and believed in ourselves. You only have to see where we are now.”

Kane also hopes that their belief get filters right down to the youth system of the game. He wants the next generation to believe that they can dream and rise to the top also.

“I think it’s great for other young players coming through the system. When times are down, keep believing, keep working hard and things will pick up.

“You want young players to believe that – just as I did,” said Kane.

England will face a tough opening match against Russia on Saturday and Harry Kane understands the importance of setting the pace early on in a tournament.

Kane added: “The first game will be important. We need a win to get off to a good start.

“Then, if we are going to win the tournament, we’ll have to come up against some of the big boys.

“It doesn’t matter who we get in the next rounds. We’ll back ourselves to do well.”