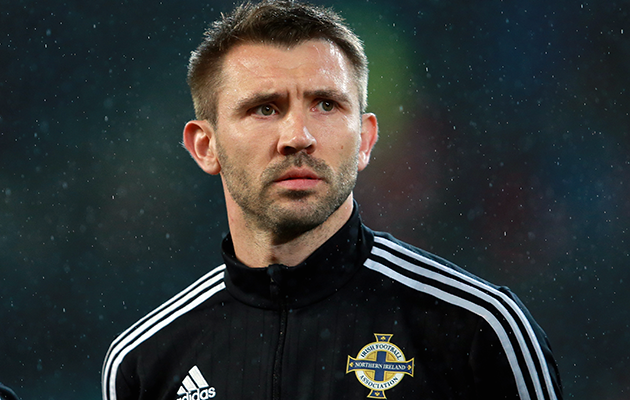 World Soccer: From part-timer to international. What’s the journey been like?
Gareth McAuley: I was 24 years old when I went to England. It is kind of ridiculous to think I’m now on the verge of playing at a major tournament.

I was a keen Northern Ireland fan while I was playing in the Irish league with Crusaders and Coleraine, and though we all hoped we’d qualify for a tournament we never thought it would happen.

All the lads were Northern Ireland fans but most of them were in England from an early age. I’ve been on the other side of the fence, so to speak, in stands cheering the lads on which makes this all the more special.

It was a bit weird when I first got into the squad but it quickly became the norm. As a player I could not have dreamed about this but we’ve done it.

How do you feel about the perception that you only qualified because the tournament was expanded?
I find it funny sometimes. People are writing things and saying things that just shows a lack of understanding of football. They don’t understand how strong the teams we faced actually are.

A lot of their players are used to Champions League football and we can only dream of that. Jonny Evans has done it before with Manchester United, but the closest we’ve come this season was Paddy McNair on the bench for United. So it is maybe disrespectful to Michael O’Neill, the Irish FA and the other teams in the group to write us off.

It is funny and I guess football is all about opinions. But had it only been group winners going to France we would still be there!

What are you looking forward to most about Euro 2016?
I’ve been talking to big Jonas Olsson, who has been with Sweden, as well as James McClean, who went with the Republic of Ireland. Jonas was saying no one expected them to qualify the last time and there was no expectation on them. But that meant they didn’t apply themselves as they would have liked and that is something we can learn from. We aren’t there to make up the numbers.