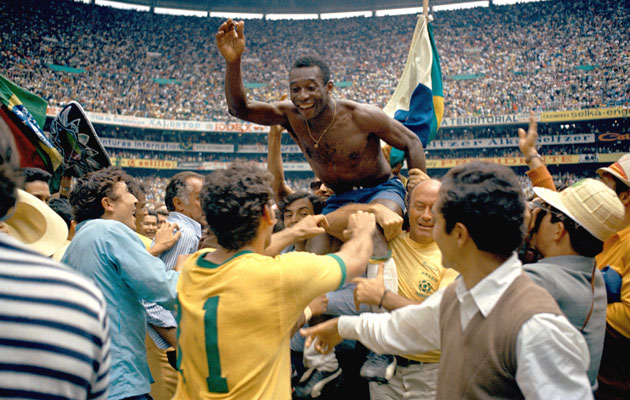 Rashford was selected for Roy Hodgson’s Euro 2016 squad and could make an impact after scoring on his international debut.

Pele is no stranger to the international spotlight, and made his debut for Brazil when he was 17 at the World Cup in 1958 when a star was born.

Pele became the youngest player ever to score a goal at the World Cup by scoring a crucial goal against Wales in the quarter-finals at 17 years and 239 days.

In the semi-finals he scored a hat-trick against France and in the final against Sweden Pelé scored another goal in the 5-2 victory.

A rollercoaster of a season for Marcus Rashford has got even crazier. Pele wishes him good luck for #Euro2016!https://t.co/XPojO2vlex

Pele told Sky Sports News: “He is almost the same age as I was.

“I was a little bit younger than him and it was as big a surprise to me. I wish him the same luck that I had.”

The icon also had his say on new Manchester Utd manager Jose Mourinho.

“When you have a good coach, normally it’s possible to make a good team. But to win you need to have good players. The coach doesn’t win the game. They can prepare the team.”