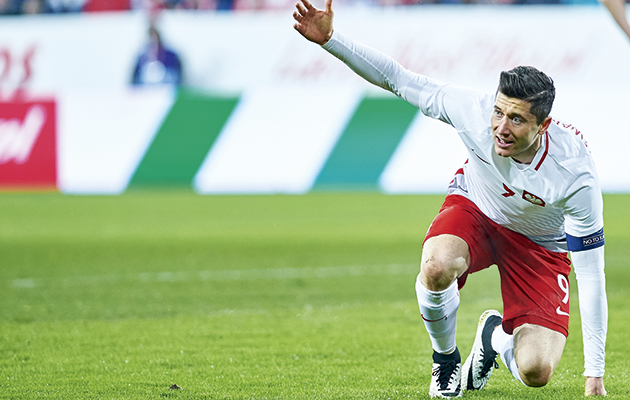 Four years ago Poland was praised for a well-organised co-hosting of Euro 2012 with Ukraine. Everything was near perfect – except for the hugely disappointing results of the national team, who finished bottom of their group. The country, which boasted modern stadiums and was enjoying fast economy growth, had a burning desire for football success that could not be satisfied.

When Poland beat the Republic of Ireland 2-1 in their final Euro 2016 qualifier to finish second in their group, behind Germany, it was regarded throughout the country as a huge success. The players celebrated on the pitch in Warsaw as though they had lifted the trophy itself, standing on a pitchside podium while confetti sprayed into the air. A handful of doubters pointed out that they had not yet won anything and had only secured automatic qualification because the number of finalists had been increased from 16 to 24.

The team’s star, Robert Lewandowski, appealed to the media for commonsense. “Do not crown us European champions,” he said. “It is a very long way ahead.”

But when Poland beat Serbia (1-0) and Finland (5-0) in friendlies in March, expectations went up a notch. Some people even started to talk about a “possible seven games in France” – in other words, the Euro 2016 Final. This time Poland’s goalkeeper, Artur Boruc, appealed: “Please, do not blow up this balloon”. The Polish FA, however, would appear not to share the optimism and has announced the start of a new season before the end of Euro 2016, with the Super Cup game due for July 9.

FA chairman Zbigniew Boniek took a big decision to hire Adam Nawalka as coach when Waldemar Fornalik was sacked after an unsuccessful 2014 World Cup qualification campaign. Nawalka was described by Boniek as a “perfect choice” and the charismatic new man insisted on a discipline that helped to mould the team spirit that in turn proved to be a key element in securing qualification. Yet, having overseen a successful campaign, Nawalka’s contract was only extended until the end of this summer’s finals. If Boniek values him so much, why has he not been offered a longer deal?

When Poland beat neighbouring Germany for the first time ever – 2-0 in Warsaw in October 2014 – a total euphoria overtook the whole country.

Only a few paid attention to the fact that the Poles had played poorly in the first half and could have lost by two or three goals. Fortunately, after the break they scored twice against opponents who
were preoccupied with rebuilding after becoming world champions. With the exception of the final qualifier against Ireland, all of Poland’s qualifying matches followed the same distinct pattern: uneven games with polar opposite first and second halves.

After defeating Iceland 4-2 in a home friendly in November 2015, the Nordic nation’s co-coach Heimir Hallgrimsson added to the positive mood by declaring: “Poland are probably one of the strongest national teams in Europe going forwards.”

He has a point. Lewandowski was the qualifying tournament’s top scorer with 13 goals, but the whole team deserve praise as they scored more times than anyone else, registering 33 during the campaign.
But on the other hand, Poland conceded too many goals. Among the teams who advanced automatically,
only the Czech Republic had a worse defensive record, conceding 14 goals to Poland’s 10.

Tightening up their back line would certainly make Poland a difficult side to beat, but since 2002 they have exited the big tournaments at the group stage: the 2002 and 2006 World Cups, Euro 2008 and Euro 2012.

It’s worth pointing out that the expectations at home were almost as high on each of those occasions. Can this be the time they live up to those dreams? 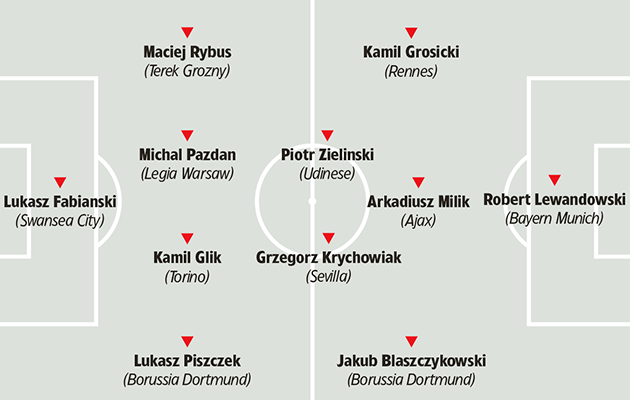 Whether Poland adopt a 4-2-3-1 or a 4-4-2, the spine of the team will remain the same: Lukasz Fabianski or Wojciech Szczesny in goal; central defender Kamil Glik; defensive midfielder Grzegorz Krychowiak; attacking midfielder or second striker Arkadiusz Milik and striker Robert Lewandowski.

Lewandowski is the unquestioned team leader and by far the country’s biggest star. At the time that Adam Nawalka was appointed, the centre-forward had his critics, notably because he did not score as many goals for Poland as he did at club level. But the new coach stuck by his striker, made him captain and declared: “I have to re-organise the style of team play to make the most of his potential and skills as a finisher.”

Lewandowski had struggled leading the line in the past, but now he has help from Milik, either as a slightly withdrawn second striker or from an attacking midfield role. The partnership has worked well, with Lewandowski the tournament’s top scorer in qualifying with 13 and Milik chipping in with six goals and six assists.

For the team to be successful, the quick wide men, Jakub Blaszczykowski and Kamil Grosicki, will be expected to create the goalscoring opportunities.

The team’s biggest problem is in defence. There is a question mark over who can play alongside the experienced and solid Glik at centre-half. Another problem spot is left-back, where Maciej Rybus has been filling in.

McLaughlin would drop out for a 3-5-2, with Washington or Josh Maggenis partnering Lafferty, and Niall McGinn or Corry Evans coming in to bolster midfield. 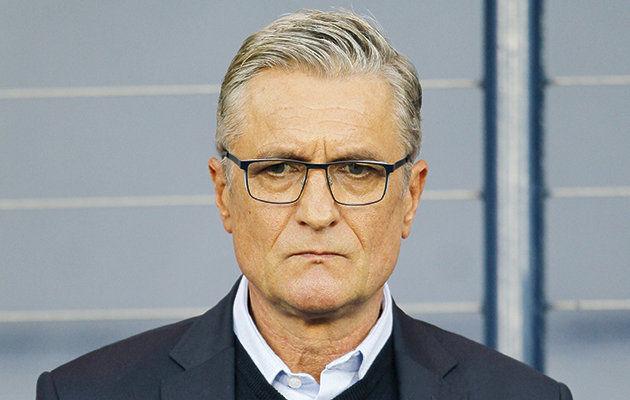 Adam NAWALKA
Age 58 (23.10.57)
Former Wisla Krakow midfielder who played for Poland, along with Zbigniew Boniek, at the 1978 World Cup. This friendship saw him recruited from Gornik Zabrze in October 2013 after his former team-mate was elected chairman of the Polish FA a year earlier.

Was assistant to national coach Leo Beenhakker for a year, but his biggest success was winning the Polish championship and League Cup with Wisla in 2001. He is a perfectionist who demands great discipline from his players.