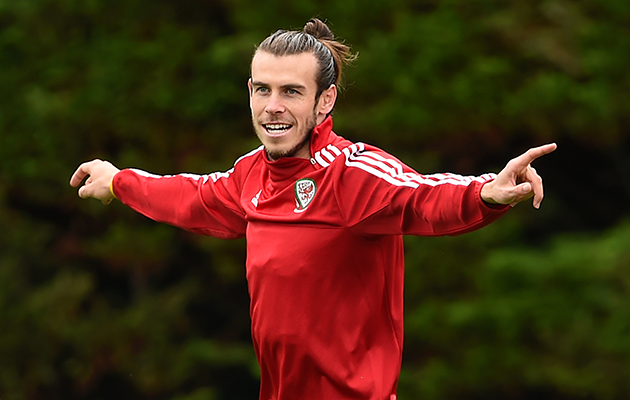 Wales are preparing for the biggest game in their history when they play Portugal in Lyon on Wednesday for a place in the final of Euro 2016.

Never before have Wales reached this stage, and what makes their run to the semi-finals even more remarkable is that this is their first appearance at a major tournament since 1958.

Tonight marks the first time the sides have faced each other competitively, but despite the lack of shared history there are plenty of talking points and none more so than the eagerly-awaited meeting of Real Madrid team-mates, Cristiano Ronaldo and Gareth Bale, who also happen to be the two most expensive footballers in the world. Real bought Bale from Tottenham for £85m in 2013, eclipsing the £80m the Spanish club paid Manchester United for Ronaldo four years earlier.

The relationship between the pair has been the subject of media scrutiny, with both denying claims that they don’t get on with each other.

“Of course we get on very well at Madrid, we enjoy playing with each other,” insisted Bale.

“He’s a fantastic player, everybody knows what he can do. But we have always spoken about what we do, what we do ourselves as a team. We don’t worry about the opposition.”

Bale, arguably the lesser light at Madrid, where Ronaldo’s star shines brightest, has outperformed his team-mate in France. The Welshman has scored three goals to the Portugal star’s two, with the pair providing an assist apiece.

Portugal coach Fernando Santos leads a team that has come closer than most in recent years to winning a major tournament. Four times in the last five European Champions, Portugal have reached the last four, but that first major success remains elusive.

“We’re responsible for writing our own history,” he said. “History and tradition is important for people and countries, and that helps us here, but we’re writing a new chapter now. This is a gigantic step towards our goal against incredibly strong opponents. It will be complicated but we have the talent to win it.”

The 61-year-old played down the reunion of Ronaldo and Bale, saying that there is more to the match than a one-to-one showdown. 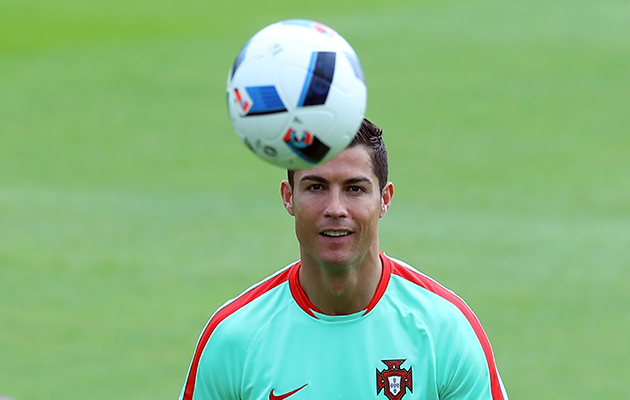 “It’s not about Cristiano v Bale, though,” he said when quizzed about the meeting of the world’s most expensive players. “All four teams in the semi-finals and every player, they have the same goal. Wales are a very good side, technically gifted. I learned a lot from Jimmy Hagan [an English manager at Benfica when Santos was in his late teens]; the British school of football was very important to me. Wales are very good at it.

“Wales have had an incredible campaign. They came through a tough group and beat Belgium, the No1-ranked team [in Europe] 3-1! I greatly admire Chris Coleman – we spoke once or twice when he was in Greece. I understand why he says we’re favourites. I bet he doesn’t tell his players that, though.”

While Portugal are playing in their seventh major tournament semi-final and their fourth in the last five Euros, for Wales this is an entirely new experience. With that in mind, Welsh boss Coleman is happy to assume the role of underdogs.

“We believe in each other,” he said. “Portugal know what semi-finals are all about; we don’t mind being underdogs. It’s about my players knowing they are safe in each other’s hands – and they are. It’s taking that identity onto the pitch.

“Everybody’s got good team spirit on a shiny day when they’re winning. But our team spirit was born in the dark days when things weren’t so rosy. It’s down to the players. Even if you’re the best coach in the world, if you haven’t got the players who can go out on the pitch and do it, then it’s for nothing. I’m lucky.”

Team news
Fernando Santos faces an anxious wait on experienced defender Pepe after he picked up a thigh injury in training. Ricardo Carvalho stands by in case the Real Madrid man doesn’t make it. Meanwhile, Danilo will come in for William Carvalho who is suspended after collecting a second yellow card in the penalty shootout victory over Poland.

For the first time at Euro 2016 Coleman is forced to make changes with defender Ben Davies and midfielder Aaron Ramsey both suspended. James Collins is the probable replaecment for Davies, while Jonny Williams is expected to cover for Ramsey.