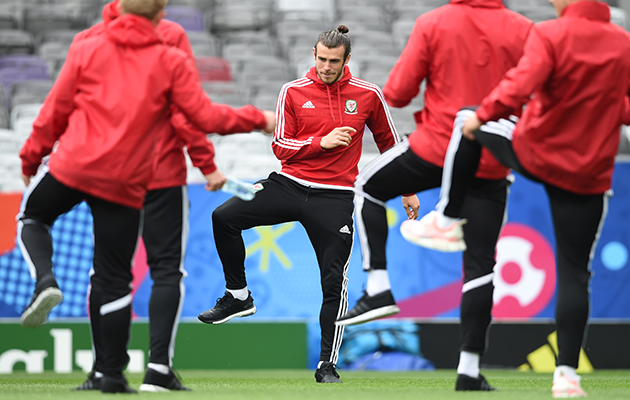 Wales will qualify with a win, and a draw will be enough if England do not lose; if they do lose and Wales draw, the Welsh would be third behind England on head-to-head record and would hope their four points would enough to be one of the four best third-placed teams.

Russia need to win to have any chance of progress. They can come second if they win and England lose, in which case the two teams would be split on overall goal difference or overall goals scored (or, if still equal, the disciplinary rankings after the third set of matches; or, after that, the coefficient rankings in which England would have the advantage).

Russia coach Leonid Slutsky, who looks to have aged considerably over the course of two dismal  Russian performances, sees today’s game as an opportunity for his team to make a fresh start.

“Every fresh situation is like a newly-written book,” said Slutsky. “You can have massive amounts of experience playing these sorts of matches and situations but it does not give you what you need and will not help you know how to adapt to the situation.

“Wales have two world-class players – a number of their attacks are built through the quality of their play and mutual understanding. However, they also have other good players and I think Wales will look to play on the counterattack.

Wales coach Chris Coleman, says the defeat to England has not affected morale within the squad.

“Because that game [against England] was built up as much as it was, people expect us to be on a downer, but we’re not,” he said. “Our players have done unbelievably well, they’re in a good mood.

“This team has the potential to go on and on. We can learn from this tournament; it’s intense but it’s enjoyable. We’re in a fantastic position and we have to enjoy it. This team is very much in the middle of a journey. It’s not easy, but it’s fantastic and it’s a huge learning curve. The team will take so much from this – playing against the best teams in Europe where you have to be at your absolute maximum. It’s pushing us to the limit.

Wales’ Joe Ledley, who recently made a rapid recovery form a brokwn leg, was substituted in the second half of their defeat to England after suffering from a tight calf, but he has declared himself fit. As a result, Chris Coleman is expected to pick the same XI that started the England match.

Russia’s Oleg Shatov is struggling with a groin problem and is doubtful to feature in Toulouse. Russia have been dire so far, and with this game representing win or bust for his side coach Leonid Slutsky may be tempted to ring the changes.