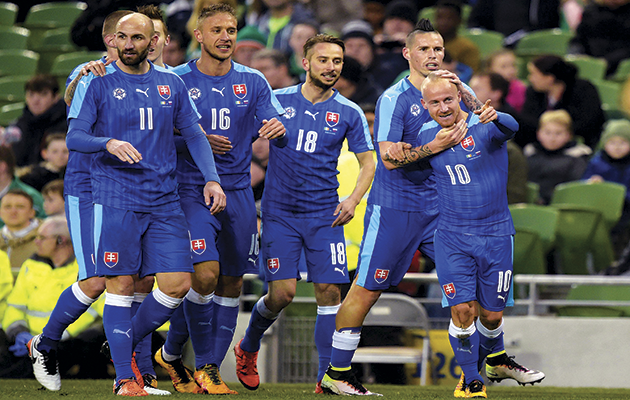 England’s last group game opponents, Slovakia reached their first Euro finals on merit and Jan Kozak, who was brought in halfway through a previous qualifying campaign, has created a motivated mix of home-based and major-league players.

Soon after Kozak’s arrival, a late Latvia equaliser in October 2013 closed Slovakia’s involvement with the 2014 World Cup. However, the new man had already lined up five friendlies and was targeting the first two Euro 2016 qualifying games as paramount.

Taking his squad from Israel to St Petersburg, Kozak aimed to create the kind of team spirit that had enabled Slovakia to beat Italy 3-2 at the 2010 World Cup – their only previous appearance at a major finals.

Those preparatory games initiated a streak of 12 wins in 13 games. And when it came to the crunch opening Euro 2016 qualifiers, Slovakia beat Ukraine in Kiev and then ended Spain’s 37-game, eight-year run of defeat-free qualifying campaigns with a 2-1 win in Zilina.

With one foot in France after only 180 minutes of football, Slovakia had bonded. In front of an inspired Matus Kozacik in goal, the resilient centre-back partnership of Jan Durica and Norbert Gyomber had proved that Slovakia could withstand long periods of pressure even without captain Martin Skrtel.

But the real revelation was Juraj Kucka, a veteran of the 2010 campaign. He consistently broke down moves and set up counter-attacks, scoring the opener against Spain. In front of Kucka, Hamsik roamed the space between midfield and penalty box. Top scorer in the qualifying group, at 28 he is at the peak of his game.

Having got off to a dream start, by the autumn of 2015, Slovakia lost to Spain and Belarus, and Kozak had to lift the team again after a 0-0 draw at home to Latvia.

Without Kucka in midfield against Latvia, Slovakia looked pedestrian. Kozak has brought through Jan Gregus and Patrik Hrosovsky from the under-21 set-up, but there’s no firebrand youngster desperate to prove themselves in the shop window of the Euros. Vladimir Weiss, for example, was only 20 when he shone in South Africa in 2010 and was on Manchester City’s books. Still in the national set-up but now based in Qatar, he has had a wayward club career since.

On the plus side, the Slovaks work hard for each other. Adam Nemec is far from prolific but his dedication to the cause is exemplary, while Robert Mak is revered for his tireless runs from the right flank.

Half the team who beat Italy in 2010 will be in France. With little expected of them, Slovakia could surprise many again. 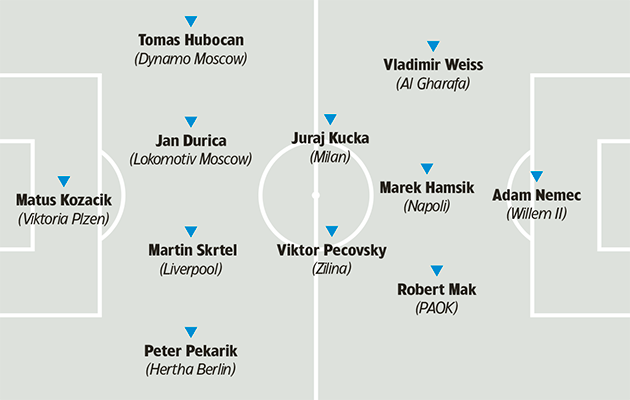 Slovakia’s biggest strength is their solid, experienced defence, which has been set in stone for years, with a back four that has more than 250 caps between them.

Behind them, keeper Matus Kozacik rarely makes a mistake, with the opposition often reduced to long-range shots that allow him to make showboating saves.

With this foundation, coach Jan Kozak can build a midfield and attack in various combinations – usually a defensive two, an attacking three and a lone striker.

Slovakia’s other main asset is their workmanlike midfield. Viktor Pecovsky and Juraj Kucka are always prepared to track back and carry out a lot of the unseen work, which allows star man Marek Hamsik space to push forward.

Slovakia are also blessed with quick wide men, most notably Robert Mak, while lone striker Adam Nemec will give opposing defenders something to think about. Although he is far from prolific, Nemec will be on hand to set up the oncoming Hamsik, Mak or Vladimir Weiss.

With most of the team in their late twenties or over, Kozak will have to think about using his substitutes wisely in the heat of France. And it’s here that Slovakia may struggle as they have no obvious impact youngster to bring on to scare tiring opponents for the last 15 minutes

On the plus side, many of Kozak’s key men played against Italy and Holland in the 2010 World Cup and know what it’s like to maintain top-level concentration against the world’s best for an entire 90 minutes. It’s not often that the back four and defensive midfield pairing are caught out of position. 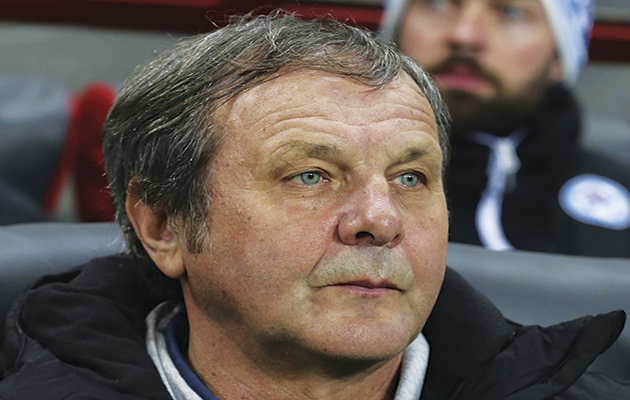 Jan Kozak
Age 62 (17.04.54)
Went to Euro 80 and the 1982 World Cup as a midfielder with Czechoslovakia and coached Kosice in Champions League games against Manchester United and Juventus.

With his excellent contacts in the Czech Republic, his squad features more players based north of the border than in Slovakia. He’s also able to motivate stars such as Marek Hamsik and Juraj Kucka to perform as well for their country as they do for their clubs, and has been given a contract extension until November 2017.