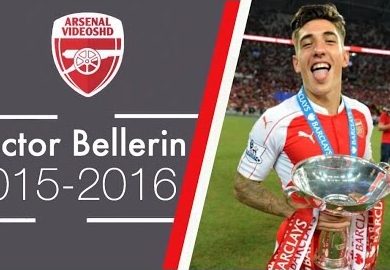 Bellerin has had a stellar campaign this season and was named in the PFA Premier League Team of the Year and has now been named in the Spanish squad after the unfortunate Dani Carvajal left the Champions League final in tears after sustaining a muscle injury.

Bellerin won his first international cap during Spain’s 3-1 win over Bosnia-Herzegovina on Sunday.

Vicente del Bosque has named a 19-man squad, and will name the final four players on Tuesday because he was waiting to see the Real Madrid and Atletico Madrid player’s condition after the Champions League final on Saturday.

Atleti’s Juanfran and Real Madrid’s Sergio Ramos are expected to make the Spain Euro 2016 squad. The other places will be decided between Isco, Lucas Vazquez, Koke and Saul Niguez.