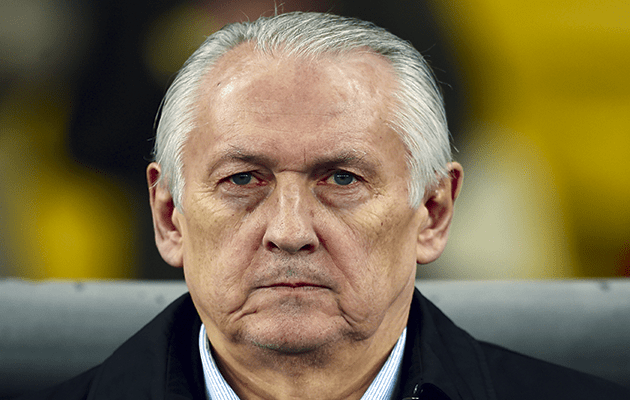 World Soccer: Is there a big difference between preparing for France and for the 2012 Euros when you were co-hosts?
Mykhailo Fomenko: Of course. We have our plan, which differs from the one Oleh Blokhin had four years ago. The most important thing is that now we are not under great pressure from the media and fans as for Euro 2012 when we played all three group matches at home.

Many of your players have now had experience of playing in a big finals tournament. That was not the case four years ago…
You are right. It is also one more factor which we expect will help us. We have quite a number of players that already have experience of playing in the European Championship. They will tell
the younger players what lies ahead.

How important is the fact that, unlike last time, Ukraine have finally qualified after a play-off?
It is very important. I think it is always a difficult situation for the team from the country which hosts the finals. In other words, it is a completely different kind of preparation to playing only friendlies.

Now we have passed through a very tough qualifying group and reached the finals by only beating Slovenia after the play-offs for the first time in our history. It required from the players some character, I have to say!

There is an argument that some of your players are not having enough playing time with their clubs…
That’s true. This year in the Ukraine Premier League, players do not have as many matches as usual [only 14 clubs started the season and Metalurh Zaporizhia went bankrupt during the winter]. Therefore, they have less playing practice. But I believe that national-team players understand that competition like the Euro finals can happen once in a lifetime and will compensate it by hard work in training.

What was the reason for two training camps before the tournament in Italy and Switzerland?
We decided to travel there with the clear purpose of avoiding problems with acclimatisation when the team arrives in France. After the friendly against Romania on May 29 the team will move to Ascona in Switzerland where we will conduct training sessions before going to France.

Where you will you stay in France?
We will stay during the period of preparation and participation at Aix-en-Provence, located in the south of France, about 30 km north of Marseille. The team will conduct training sessions at Georges-Carcassonne Stadium on a pitch with natural grass.

How do you rate Ukraine’s group opponents?
We have some experience of playing Poland. Now they have reached their highest level. There is no need to say something about Germany, the reigning world champions. Northern Ireland are
not underdogs at all. They play a typically British style of football and are not an easy rival either. Every match will require complete discipline and motivation.

What would you like to achieve with your team at Euro 2016?
It is necessary always to have serious ambitions. Taking into account the teams that we have to play, our priority is to qualify from the group.

How will you motivate your players?
We need to give our players time to recover from the season, get rid of all the negatives, accommodate all the positives and be prepared to give everything. It’s the Euro finals, after all!