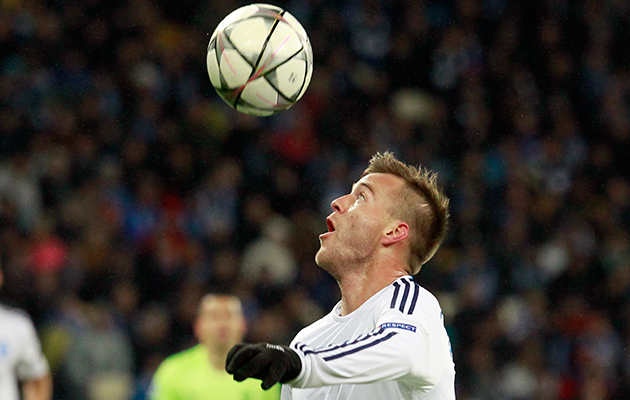 World Soccer: What was the main reason for your success in qualifying?
Andriy Yarmolenko: I am very glad that our generation was able to remove the curse of the play-offs and reach the European finals. It seems to me that the key to our success in the play-off battles against Slovenia was the fact that, in the current team, almost no players had previously had bad experience of defeats in the play-offs. So finally our dream came true.

What experience did you gain from participating in Euro 2012?
Looking back at four years ago, I can say that I experienced mixed emotions. We had a great game against Sweden and then lost to France. In the end, we were unlucky to lose to England. Who knows what would have happened had we won that game?

What do you think about your group?
Germany with their status of reigning world champions, are above the others. This is a very strong team, but the others did not qualify for the finals simply by luck. For example, I expect a tough game against Northern Ireland, who are famous for their never-say-die attitude while Poland are a battling side with a prolific scorer and leader in Robert Lewandowski.

How will you cope with the pressure going in to such a big tournament?
With so much preview talk filling your head, you can lose concentration and the quality of your game will suffer. The body begins to work differently and to restore order is problematic. I try to take everything gradually.

What is your aim at Euro 2016?
Our first task is to qualify from the group. I am not going to talk about individual tasks. I think that football is a team game and you need to set goals by common efforts of the whole team. First, we have
to get out of the group, and then we will see whom we get.

Is that a realistic target?
I can imagine there will be hype around all the matches, but I must say before the start of every game against any rival in the group, our chances will be 50-50.

What does it mean to you personally to participate at Euro 2016?
We will play for our country and for me, personally, it is an honour to defend the yellow-and-blue colours. All of Ukraine will support us, so we must try to win every game. For us, the names of the opponents are not as important as the quality of our game. If we play good football, that will be a victory.