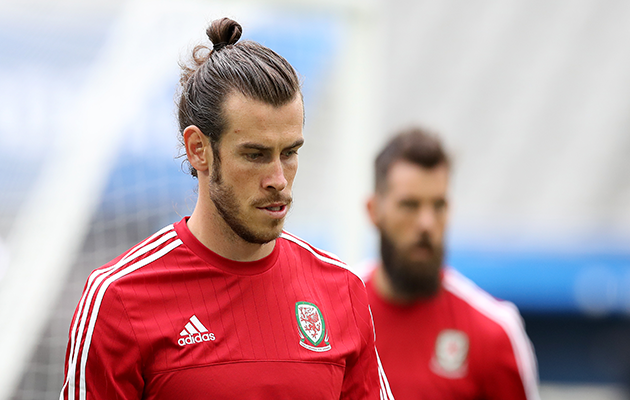 Both countries are competing in a European Championship finals for the first time and both have relied on the deeds of their one world class talent to help them get to France. For Wales, Real Madrid’s Gareth Bales is their talisman and for Slovakia, that role is filled by Napoli’s Marek Hamsik.

Wales coach Chris Coleman said he was delighted to be leading his country at their first European Championship finals.

“We’re delighted to be here,”: said Coleman. “We thought it would never happen but we are here. We’re super excited and very much looking forward the challenge tomorrow. The results will be what they will be but we want to make our nation proud. We need to perform like we can perform and then we will enjoy the moment.

“These are the players that got us to the tournament in the first place. Our core values must remain the same. All we can do is concentrate on our performance. This is the time to do what we have always done. But we have to enjoy it.

Coleman is aware of the magnitude of today’s fixture and he wants his players to perform without fear.

“Walking out will be something special, but we’ve got to remember that we’re here to perform,” he said. “I want to see the players enjoying and expressing themselves – they’ve earned it. We can only do what’s made us successful. Just walking out and singing the national anthem will be incredible. This first game, everyone wants to win. If you go into the remaining two games with a win, it’s a huge boost.”

Slovakia coach said Ján Kozák that England should win the group, but the race for the runners-up spot looks wide open.

“We are preparing for our first game after 36 years at a Euro [Czechoslovakia last appeared in 1980], but I am old enough to be nervous,” he said.

“Of course, England are favourites to win our group – they have the best squad and can handle the pressure – but the other three teams have equal chances in my opinion. I’ve never coached in a Euro, but I’ve played in one and it’s always emotional.”

Kozák said he respcted Bale, but refused to regard Wales as a one-man team.

“I would not like to go into detail [about handling Gareth Bale], but I gave a hint when I said I respect him. However, Wales are not just about Bale. It’s a team game. They have other top players who play for top English teams. He cannot be a great threat to opponents without the team to support him.”

Wales midfielder Joe Ledley has made a remarkable recovery from a broken leg suffered on 7 May and could be available for selection against Slovakia.

Midfielder Joe Allen is fit after a minor knee problem, while striker Hal Robson-Kanu is also back in contention after recovering from an Achilles tendon injury.

Slovakia’s only injury doubt concerns left-back Tomas Hubocan, who has missed their last three friendly games with a toe problem. Dusan Svento will deputise if he cannot prove his fitness in time.

Coach Kozak must also decide between Adam Nemec or Michal Duris up front.