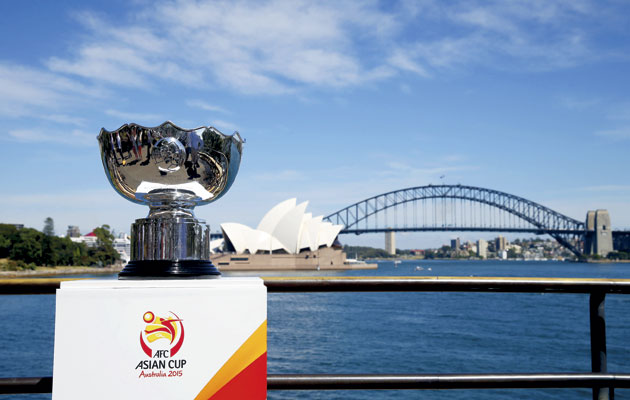 The fact that the Asian Cup comes so soon after Brazil 2014 is a mixed blessing for the three favourites: Australia, South Korea and Japan. While it offers the trio an early opportunity to exorcise World Cup ghosts, all three – partly because of what happened in June – are in various stages of transition. As a result, the 16-team competition is a very hard one to call.

Unlike the last two Asian Cups, held in south-east Asia in 2007 and Qatar in 2011, the hosts are expected to be in the hunt for the trophy. Australia reached the Final four years ago and anything less will be disappointing, even if expectations are slipping along with confidence.

Coming into the job in October 2013, coach Ange Postecoglou has been granted time to rebuild an ageing Australia team, but one win in the last 10 has people worried – and that’s nothing compared to how they will feel if Tim Cahill gets injured.

At least Australia’s defensive issues are shared by a number of others – not least South Korea, who are their opponents in the final Group A game, which is the match of the first stage. Performances under new coach Uli Stielike have been largely encouraging, while striker Son Heung-min has been in fine form in Europe and could be the star of the Asian Cup. Kuwait and Oman may have their work cut out.

June was similarly chastening for Japan, who also have a new man at the helm. Javier Aguirre wanted to instill some “street smarts” into a naive team but there hasn’t been too much evidence of that so far. Early experimental line-ups resulted in tame performances and mixed results, culminating in an insipid showing against a Neymar-inspired Brazil in October.

With pressure and concerns rising, the Mexican recalled the old guard for November wins against Honduras and Australia that had everyone feeling better. The latter victory contained the team’s best 45 minutes of 2014. Keisuke Honda and Shinji Okazaki are playing well up front and will be expected to make up for a defence that looks suspect.

Iran still have Carlos Queiroz in charge. The World Cup went reasonably well, but while counter-attacking strategies may be accepted by the country’s proud fans against Argentina, playing the same way against West Asian rivals Bahrain, UAE and Qatar in Group C is a harder sell. A lack of decent warm-up games will make it hard for Queiroz to change much, with a fortuitous November win over South Korea in Tehran being their first game since June, in contrast to the visitors’ sixth.

Iran could do with being invited into West Asia’s biennial tournament, the Gulf Cup, though political reasons make that highly unlikely. Seven of the eight teams in the November tournament are in Australia and Qatar won the competition, coming from behind to defeat hosts Saudi Arabia in the Final. Things are looking good for the 2022 World Cup hosts who, in 2014, also won the West Asian Football Federation Championships and Asia’s under-19 title. Dark horses they remain, but they are getting lighter all the time.

As are the UAE, the team that is likely to be Qatar’s rival for the other qualification spot in Group C, alongside Iran. A young team that has grown together need to make the step up from regional power to continental force. Much depends on playmaker Omar Abdulrahman, who has already turned down offers from the likes of Manchester City, and if he renews his partnership with in-form striker Ali Mabkhout then UAE could go far.

Bahrain and Iraq have recently fired coaches and performed poorly at the Gulf Cup. In December, Kuwait appointed Nabil Maaloul after losing 5-0 to an Oman team improving under Paul Le Guen, though it’s hard to see either getting past Australia or South Korea to the knockout stage. In Group D, Iraq’s woes mean that Jordan, now coached by Ray Wilkins, will fancy their chances of getting to the last eight along with Japan, though debutants Palestine are something of a wild card.

In Group B, North Korea, China, Uzbekistan and Saudi Arabia are all capable of getting to the last four but will have to be at their best to do so.

And that is what it will come down to. There are a number of potential winners and it is all about who finds their form at the right time.