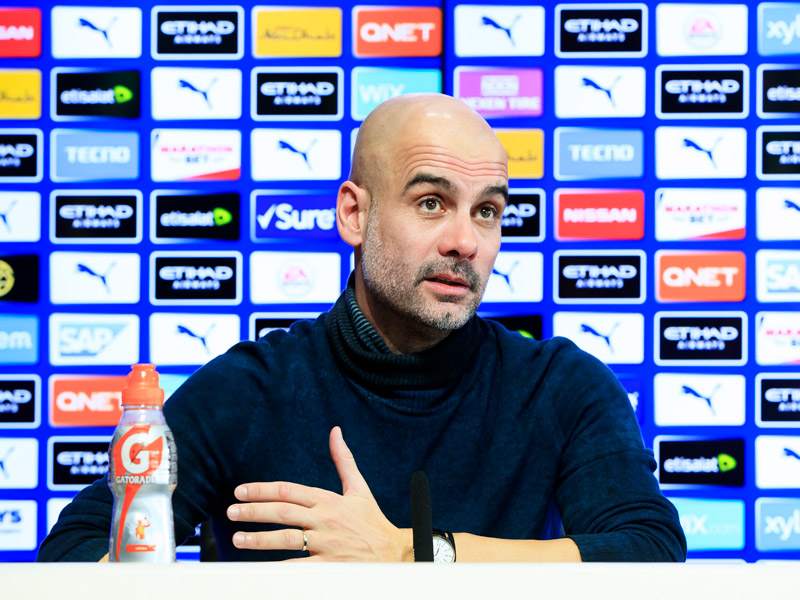 Bleak days ahead for Manchester City who can only hope and pray that their appeal will be upheld, but it doesn’t now seem very likely. The ban at the moment stands at two years and even it is now reduced to one year it would  be a severe limitation.

Their salient manager Pep Guardiola is telling the players they “can only control what we can control” but how much control would that be?

At least it looks as if Guardiola is honourably committed to remaining, however things finally transpire. He has told his players to be “focused and professional”, but how can he or they with the best will in the world be sure of that?

There is a substantial wait, until late in May, before the appeal court delivers its decision. After which you wonder how many of the various leading players will want to stay?

Accused of exaggerating sponsorship income, City have also been fined £25million, which is hardly a crippling sum in these days of general excess. UEFA has also accused the club of not co-operating fully with it investigation.

The City hierarchy in the meantime are putting on a bold front, insisting that the squad should appreciate that the ban is unjust and that it will be eliminated when heard by the Court of Arbitration. Or perhaps it is just a question of whistling to keep their spirits up.

It is suggested that five of the club’s leading players might be contemplating departure in the event that the ban remains: Sergio Aguero, Raheem Sterling, Aymeric Laporte, Leroy Sane, Kevin De Bruyne.

Already and all too evidently the club lost a central defender last summer in Vincent Kompany who has not been effectively replaced. Sane meanwhile wants to join Bayern Munich.

Staying “focused and professional” could prove something of a tall order.

Odion Ighalo, who has joined Manchester United, is the first Nigerian to play for the club. Last year he was leading scorer in the Africa Cup of Nations. He broke through in Europe playing for Lyn Oslo in Norway, feeling the cold but determined to remain.

In Italy he played for Udinese. Hugely and generously charitable, he spent a million and counting to establish an orphanage in Lagos which can be a home to 40 childen, looking after them until they reach the age of 18.

Odion has lately been playing in China, a football backwater but a very lucrative one. His move to United brings him back into the mainstream of the game.