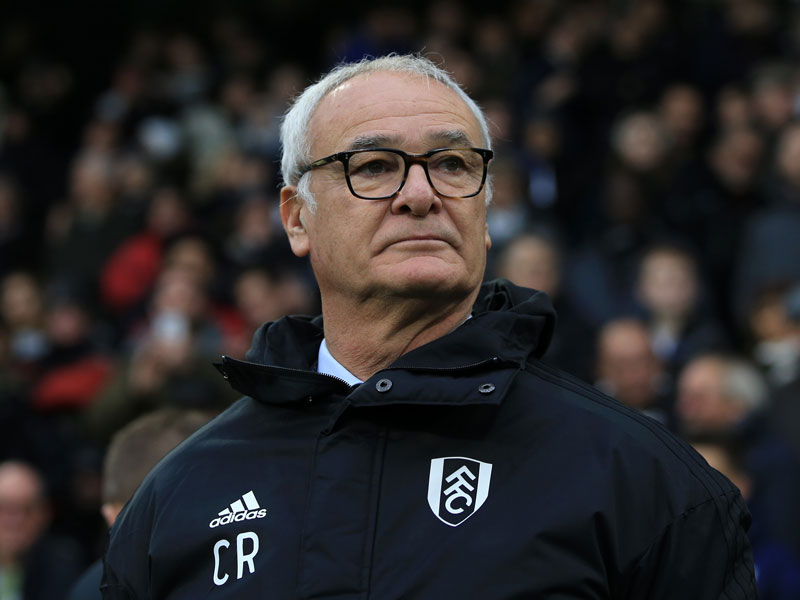 Watching Fulham last Saturday at last climb off the bottom of the Premiership, it was bewildering to think that the club had come to Claudio Ranieri as their new manager only as their fourth choice.

Before him, they had reportedly approached Arsene Wenger, who in his last four years at Arsenal had looked like a busted flush. Next they had gone unsuccessfully to Leonardo Jardim, who has had success at Monaco, and Andre Villas-Boas, once in charge both at Spurs and Chelsea.

Ranieri looked a good and a better bet than any of them, but it was somewhat ironic to see him eulogised by Fulham owner Shahid Khan: “Claudio is risk free and ready made for the Premier League. And particularly so for what we need at this moment at Fulham. His recent body of work with Leicester City is literally legendary.”

Hard to deny with Ranieri winning the Premiership at Leicester against huge odds.

Ranieri will I think take Fulham clear of relegation. How ironic to see, after their £100million transfer expenditure in the close season, that one of their outstanding players was the gifted left-footed midfielder Tom Cairney, who still captains the side and acts as an unerring metronome.

The current Gordon Taylor affair is a baffling fiasco. For decades he has been top banana unchallenged at the PFA, drawing a colossal salary; luckily for him perhaps as his own gambling debts reportedly rose above £100,000.

The abiding mystery is that it has taken so long to challenge him. And that challenge when it has so belatedly come emanates from an obscure player who has barely held on to a professional deal.

Taylor himself has been the object of bitter criticism from the daughter of Jeff Astle, who died so sadly young from the cumulative effects of heading the ball. I have great sympathy with Astle’s family, but in mitigation of a sort for Taylor, I still feel that the only way to deal with heading induced dementia is to ban heading altogether and can you imagine that ever coming about?

Ray Wilson, Martin Peters and Nobby Stiles have all fallen pitifully to the manifest curse of heading, but how can the susceptibility of a player ever be known before disaster strikes?

Second strips: it is surely time for the proper authorities to intervene and insist that away teams wear their correct colours where there is no clash with the opposition.

Why should Chelsea wear yellow rather than blue against Spurs at Wembley? Why should Southampton discard their red and white stripes for a yellow strip at Craven Cottage?

Money I guess is the ever decisive factor but with so much of it swilling around, surely it cannot in this case be essential?