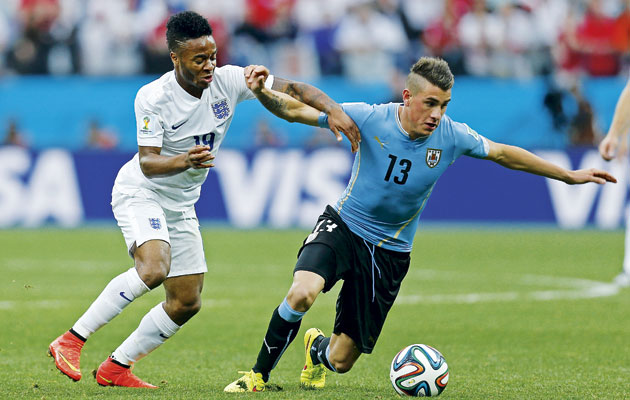 In the nine years of his second spell in charge of Uruguay, Oscar Tabarez has achieved great things, reaching the semi-finals of the 2010 World Cup and leading his country to a record 15th Copa America triumph a year later. Now comes the time for the next phase of the coach’s work: the rebuilding of the side with the promotion of graduates from Uruguay’s highly successful youth ranks.

This process has been ongoing since last summer’s World Cup – with pleasing results so far.
Debuts have been handed to nine players since Brazil 2014 – including some of the side who were runners-up in the 2013 World Under-20 Cup – and the team’s post-World Cup record includes a 2-1 win away to Copa hosts Chile. Now, however, comes the first competitive test – and with Luis Suarez still suspended.

Tabarez made his priorities clear in mid-April when he said he was looking forward to the Copa “because as well as its own value, it is an opportunity for us to show ourselves and an important step on the way to our main objective at this stage, which is qualifying for Russia in 2018”.

Tabarez, then, will be seeking to use the tournament to consolidate the newcomers into a squad that is, like the previous one, more than capable of punching above its weight and snatching results against theoretically superior rivals.

There is also an added incentive to make as much progress as possible in the Copa: the more games Uruguay play in Chile, the fewer World Cup qualifiers Suarez will miss through suspension.

Ever since Oscar Tabarez disposed of the fixed 4-3-3 following a 3-0 defeat by Peru in the opening game of the 2007 Copa, there has been an acknowledgement that Uruguay need to be able to switch formations in accordance with the opposition.

Three different systems were employed in the course of the last World Cup. And although there has been no return to a back three since then, there have still been plenty
of variations.

Tabarez’s 4-3-3 continues to look very open, so he has also tried 4-4-2, 4-2-3-1 and a 4-3-2-1, with the two attacking midfielders working the touchline. In the absence of Luis Suarez there will clearly be a temptation to pack the midfield at the Copa.

Diego GODIN
Age 29 (16.02.86)
Atletico Madrid (Spa)
Tough, classy centre-back who has grown into his role as team captain and leader of the defensive line. He also has a habit of popping up with the occasional important goal.

Jose GIMENEZ
Age 20 (20.01.95)
Atletico Madrid (Spa)
Centre-back who was the first of the 2013 under-20 team to be promoted. Although called up to cover injuries, suspensions and the decline of Diego Lugano, he looks right at home.

Egidio AREVALO
Age 33 (01.01.82)
Tigres (Mex)
Defensive midfielder who is the soul of the side. Operates within his limitations, covering and snapping into tackles. Nearing the end of his career, he will not be easy to replace.

Nicolas LODEIRO
Age 26 (21.03.89)
Boca Juniors (Arg)
Stocky playmaker at last showing signs of fulfilling the hopes Uruguay have had for him since 2009. Tabarez praises the quicker passing and rhythm of his game this year.

Edinson CAVANI
Age 28 (14.02.87)
Paris Saint-Germain (Fra)
With Suarez banned and Diego Forlan retired, he at last has the chance to be top dog. For much of his Uruguay career, he has been required to operate far from goal.

Oscar TABAREZ
Age 68 (03.03.47)
A qualified teacher as well as a former centre-back, “El Maestro” is a coach of vast experience. Now in his second spell, he took Uruguay to the 1990 World Cup before taking over once more in 2006.