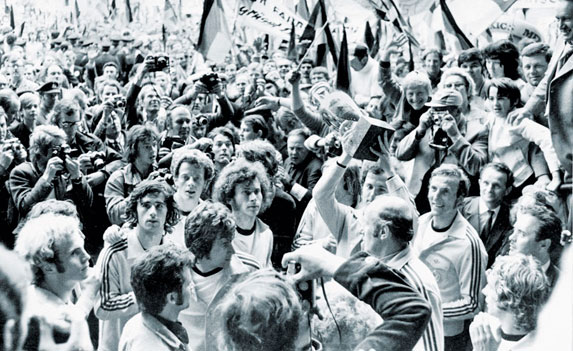 Iceland were the only country among the 33-strong membership of UEFA who did not take part in a competition that, for a second time, took the form of a first round consisting of eight mini-leagues, with the group winners progressing to home-and-away quarter-finals.

They finished four points clear of a promising Poland side in their group, then faced familiar foes England in the quarter-finals. The Germans avenged their defeat at Wembley in the 1966 World Cup Final with a 3-1 victory – their first at the stadium. Beckenbauer and Netzer were outstanding in providing the creative flair, while Uli Hoeness and Herbert Wimmer supplied attacking energy and Muller the finishing touch.

In the other quarter-finals, the USSR again beat Yugoslavia, Hungary squeezed past Romania after a play-off and Belgium knocked out holders Italy.

The semi-finals were split between east and west Europe. The USSR beat Hungary 1-0 in front of a crowd of just 3,000 in Brussels, while 60,000 saw hosts Belgium go down 2-1 to West Germany in Antwerp.

In the Final, at Brussels’ Heysel Stadium, West Germany dominated and ran out 3-0 winners, with Muller finishing as top scorer with 11 goals in the qualifiers and finals.

At the request of Scotland, Wales and Northern Ireland, this was the first tournament in which the annual British Home Nations championship was not used as a qualifying group.

But while the format may have been altered, the outcome remained the same, with England topping their group and the other three all failing to qualify, winning just seven games between them. 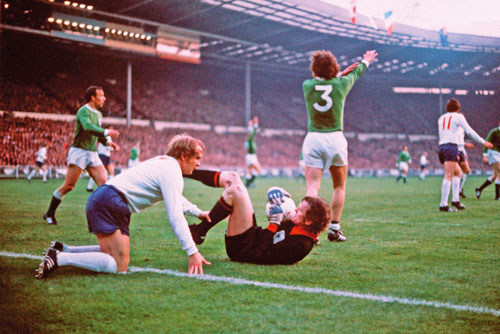 Having later led West Germany to victory on home soil in 1974, Helmut Schoen is the only coach to have won both the World Cup and the European Championship. His managerial record also includes second place in the 1966 World Cup and 1976 European Championship, and third place in the 1970 World Cup. As a player he appeared 16 times for his country, between 1937 and 1941, scoring 17 goals.

West Germany took the first three places in the 1972 European Player of the Year poll, with Franz Beckenbauer narrowly beating Gerd Muller and Gunter Netzer, who tied for second spot.