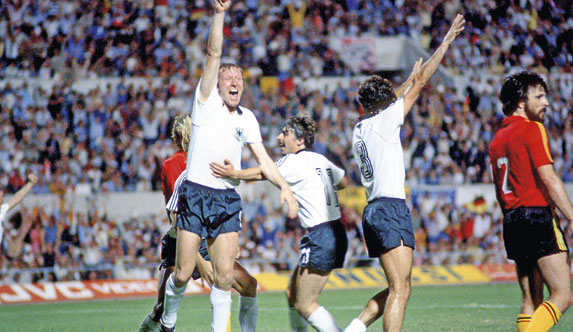 The growing popularity of the continental competition prompted UEFA to expand the 1980 finals to eight countries.

Hosts Italy were given a direct route to the finals, while the remaining 31 teams (Albania were absent) took part in a qualifying competition that featured three groups of five teams and four groups of four.

England and West Germany strolled through their groups but the six others were tight affairs, all of them with only one point in it. Belgium pipped Austria in Group 2, Spain edged out Yugoslavia in Group 3, Holland finished ahead of Poland in Group 4, Czechoslovakia topped Group 5 ahead of France, while Greece surprisingly finished top of Group 6 ahead of Hungary.

Italy became the first country to host the tournament twice and for the finals they were paired with England, Belgium and Spain, while old rivals West Germany and Holland headed up the other group, which included holders Czechoslovakia and newcomers Greece.

With the group winners going straight to the Final, the 12 group games produced a disappointing 22 goals between them.

After an opening draw against England, Belgium beat Spain 2-1 in their next match. England’s hopes of reaching a first Final disappeared when they lost 1-0 to Italy, for whom Marco Tardelli scored the crucial goal 10 minutes from the end.

Belgium then held on for a goalless draw with Italy in their last game to reach their first major Final.

Meanwhile, West Germany had established themselves as the clear tournament favourites by topping their group with victories over Czechoslovakia – the 1-0 scoreline gaining revenge for defeat in the 1976 Final – and Holland.

A goalless draw with Greece was enough to top the group, while Holland and the Czechs drew 1-1 in their final group game. 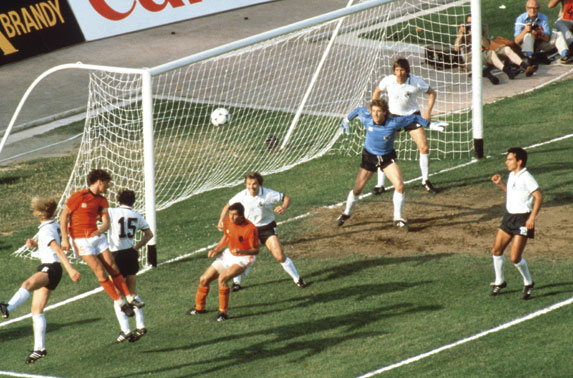 The Final was played out in front of a less-than-capacity crowd of under 48,000 in Rome. It might well have been different had hosts Italy reached the Final. Instead, Italy had played the previous night in Naples in the third-place play-off against Czechoslovakia, who had edged out Holland on goal difference from second place in their group.

A disappointing match ended 1-1 but the Czechs once again proved their mastery of penalties by winning the resultant shoot-out 9-8.

Italy defender Fulvio Collovati missed the decisive kick when his shot was parried by Czech keeper Jaroslav Netolicka, although the Italians claimed Netolicka had dropped the ball over the line. Austrian referee Erich Linemayr disagreed, but the damage had been done and UEFA vowed not to repeat the “losers’ final” in future tournaments.

The player of the tournament was undoubtedly West Germany’s Karl-Heinz Rummenigge. The Bayern Munich forward scored the winner in his country’s opening game, against Czechoslovakia, and went on to confirm his growing reputation by supplying the corner from which Horst Hrubesch headed the late winner in the Final.

Hrubesch had opened the scoring for West Germany in the 10th minute of the game in Rome, only for Belgium to equalise with a penalty from Rene Vandereycken midway through the second half.

The spot-kick had been awarded for a trip on Franky Van der Elst by Uli Stielike, although television replays showed the foul to have been committed just outside the area. Belgium’s coach Guy Thys claimed it had been a “moral penalty” and was just reward for the attacking ambition that his side had shown throughout the tournament.

Rummenigge would be voted European Footballer of the Year a few months later, while Hrubesch was hailed as the hero of the Final after emerging late on the international scene at the age of 29 after team-mate Klaus Fischer had broken a leg earlier in the year.

Fortuna Dusseldorf’s Klaus Allofs was the top scorer in the finals tournament with three goals – all of them in the 3-2 win against Holland. This was the third successive time a West German had topped the finals’ scoring charts, following on from Gerd Muller in 1972 and Dieter Muller in 1976.

The growing problem of hooliganism on the terraces made the headlines when riot police unleashed tear gas to quell unrest among supporters during England’s opening draw with Belgium in Turin’s Stadio Communale.

The disturbances caused the match to be held up for five minutes in the first half.