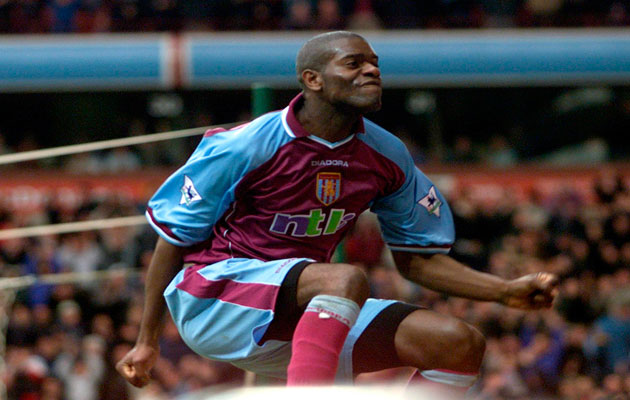 The former Aston Villa midfielder, who was appointed club ambassador in 2011, believes success at Wembley on Saturday, will help the club retain their existing star players but also persuade other potential transfer targets to come to Villa Park.

He said: “It is hard for a club like Villa to keep players like Christian, especially if teams offering regular Champions League football come knocking on the door. However Tim Sherwood has been very candid in terms of Christian. He wants him to stay and has pointed out to the likes of Wilfried Bony, who was a regular at Swansea but has found it difficult to hold down a starting place at Manchester City.

“Villa will go into the final as underdogs as they did against Liverpool [in the semi-finals]. It showed character to comeback from going a goal down. The players stepped up to the mark and there is no reason why they cannot do that again.

“Winning the FA Cup can assure some players that their ambitions can be met by staying at Villa. It can also give you the edge over other clubs especially when you are competing for the same player.”

Benteke’s goals have been crucial in securing Aston Villa’s Premiership status. There is speculation that a number of clubs are poised to make a move for the striker, who cost £7 million from Belgium side Genk in 2012.  Manager Tim Sherwood remains confident the 24-year-old will remain in the West Midlands but has admitted he will not stand in his way, if he wishes to leave.

Many supporters bemoaned the lack of attacking play under former managers especially Alex McLeish and Paul Lambert. They accused the latter of a negative mindset which restrained the offensive instincts of the team’s attacking players.

Under the former Spurs manager Villa look rejuvenated, although they finished their league campaign in 17th position, only three points clear of relegated Hull. Aside from his club ambassadorial role, Taylor also contributes as an analyst for the club’s online TV channel. He says despite the poor end to the season they can go into the match against Arsene Wenger’s side with confidence.

He added: “Losing in the manner we did at Southampton brought some fans back down to earth. A 6-1 defeat was a wake-up call to the amount of work required at the club. Tim’s main aim was to keep the team in the Premiership and that has been achieved.  They can go into the final under no pressure and with belief.

“I am looking forward to seeing how Jack Grealish develops and despite being at the club for a short time, Scott Sinclair has become a fans’ favourite. It has been a while since we had an attacking player like him at the club.

“I think the move from Swansea to Manchester City came too early in his career. Maybe the jump was too big, but Villa is the ideal club for him to make up for lost time and show people the quality he possesses.”