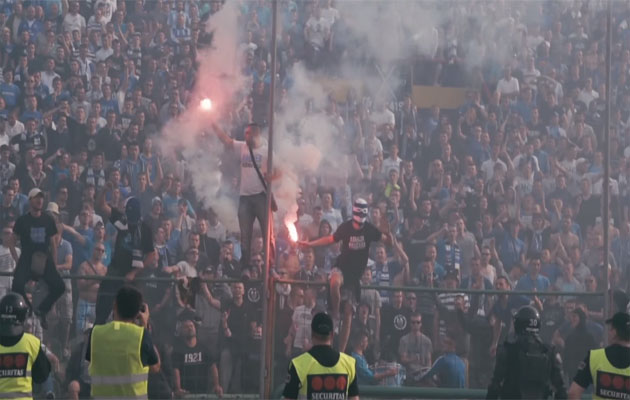 There is a thrilling battle taking place at the top of the Bosnia and Herzegovina league at the moment. With two matches remaining, just one point separates the leading two sides, FK Zeljeznicar and FK Sarajevo.

The two Sarajevo-based sides, who enjoy a fierce and passionate rivalry, met last weekend for what looked like a title decider.

Sarajevo has been through more than most cities in recent years. FK Zeljeznicar and FK Sarajevo, and the incredible people that support them, give the city a means to feel something better.

This derby is amongst the most spectacular in the world. Explosions, flares, fan marches and ultras all contributed to an incredible atmosphere and experience in the Bosnian capital.

This fantastic video, courtesy of Copa90, captures the essence of one of the great derby matches.