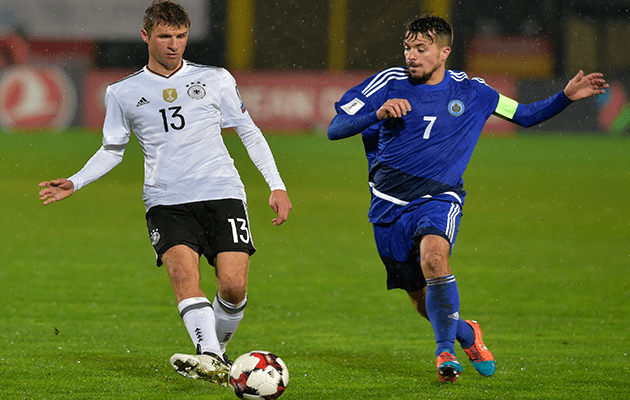 1. Give us a break, demands Müller
Germany’s 8-0 hammering of San Marino in a World Cup 2018 tie in the Apennine microstate, inevitably has led to more calls for the introduction of a pre-qualifying tournament for Europe’s minnows.

Against the all-powerful Deutschland, the home side only had 15 per cent possession on Friday night at the Serrvalle stadium and for German forward, Thomas Müller, the encounter was a pointless non-event.

“They (the Sammarinese) did all they could they could with the means at their disposal, but it had nothing to do with football,” declared Müller post-match.

“We’ve been saying for years that a footballer’s workload is becoming massive and it’s highly unlikely that the situation will change. Not there’s any point complaining. We just have to get on with it, do our duty. This won’t be a game to feature on the highlight list of my career. On a wet a pitch and given the opposition in front of us, we are being exposed to dangers which aren’t necessary.”

Müller’s feelings are shared by his chairman at Bayern Munich, Karl-Heinz Rummenigge. The latter recently dubbed FIFA’s international calendar “catastrophic” – arguing have been further incensed on hearing that two of his players had been injured on national team duty: Chilean midfielder Arturo Vidal picking up a groin and winger Kingsley Coman due to miss the rest of the year after damaging ligaments in his left-knee and ankle during a French national team training session.

2. One, two, three, Gnabry
Very much on the up since swopping the Arsenal periphery in August for leading light status with Werder Bremen, young left-winger, Serge Gnabry never will forget his senior Nationalmannschaft debut in the San Marino also caught the eye with his brilliant dribbling, searing bursts of acceleration and solid support play and though he surely will face sterner tests with the DFB eleven, this pitch-pefect launch party can only augur well. A premiere full of promise and historical significance.

He is one of only six German internationals to ever net three on opening night and the first player to do so in 40 years, the last being Köln striker, Dieter Müller, who famously came off the bench to rattle in a triple in a 1976 European Championship semi-final win over Yugoslavia.

Rumours are currently circulating that young Gnabry’s days at Werder are numbered. At the time of his 5 million euro switch to the Weserstadion, it was rumoured that Bayern Munich had secretly negotiated to have the first option to buy him next year. A sensible piece of insurance, with veteran Bayern wide-men, Arjen Robben and Franck Ribery, continuing to be injury-prone.

Walpurgis never has worked in the second division, let alone the Bundesliga and in his last job, at third tier Osnabruck, was fired for lack of results just a few weeks into the 2015-16 campaign. Ingolstadt CEO, Harald Gärtner, described Walpurgis as ” a man of ambition and vision” and insisted he was an unanimous choice of the board.

But in truth he was only a fall-back choice, parachuted in after abortive attempts to bring in a host of more experienced names: Jos Luhukay (previously with Gladbach, Augsburg, Hertha and Stuttgart), former Schalke trainer, Andre Breitenreiter, Mike Büskens (recently of Rapid Wien) and Murat Yakin (FC Basel and Moscow Spartak).

Portrayed in some parts of the media as a ‘Trainer Nobody’, Walpurgis already is feeling the heat.

4. No more Mo
Could German Under 21 starlet, Mo Dahoud be on the brink of parting company with Mönchengladbach ?

The talented Syrian-born box-to-box operative often has been confined to the Foals bench this term and according to the scribes at  the Bild tabloid, Dortmund are hopeful of signing him in January, offering 15 million euros plus Turkish international midfielder, Nuri Sahin.

An object of desire for Liverpool too, Dahoud is under contract to Gladbach until 2018, but does have a ten million euro release clause which kicks in next summer. With Mo apparently unwilling to negotiate a new deal at Borussia Park, a quick sale looks the best solution. Over to you, Herr Klopp. 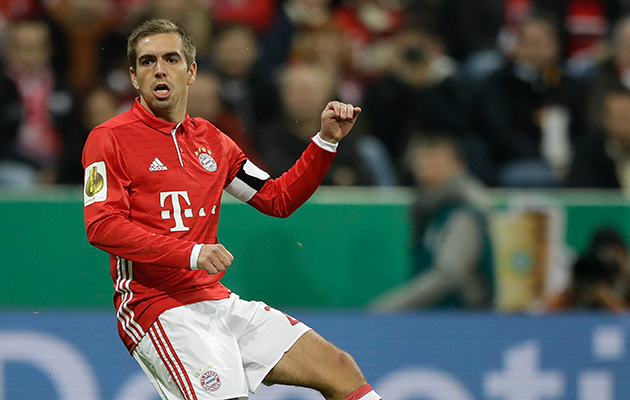 Just turned 33, Bayern Munich captain, Philipp Lahm has hinted that this season might be his last as a professional.

Lahm, who in a magnificent career has won every conceivable honour, still has 18 months left on his current deal with the Bavarian masters, but told Sport Bild magazine he was not dismissing the idea of the final curtain in 2017: “I said nine months ago that this situation could arise and nothing has changed in how I see this. There’s seven months left of this season and a lot can happen. I won’t make my decision on the basis of the titles we may win this term. It’s all a question of how I feel in my body.”

One school of thought is that he will join the Bayern management team. Another possibility is a role at the German federation, the DFB.