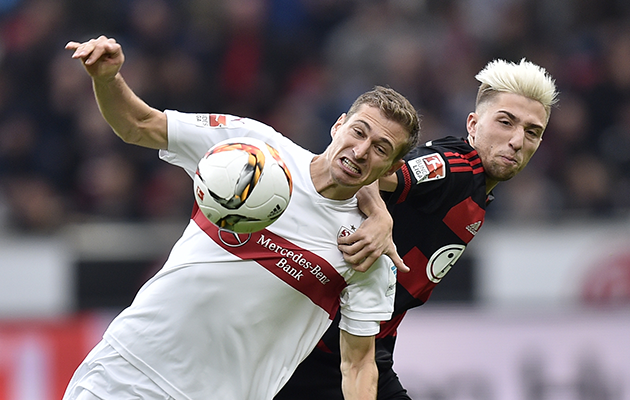 Sometimes you don’t see what’s right in front of you. For decades, Dutch clubs have neglected the Bundesliga for contracting new players – but that has changed this year with no fewer than eight clubs having German players on their books, and German coach, Peter Hyballa, at NEC.

In the past, Dutch clubs have always looked to sign Scandinavians – Soren Lerby, Zlatan Ibrahimovic and Jon Dahl Tomasson – and South Americans – Romario, Ronaldo, Luis Suarez – while sizeable part of the Belgian national team had their football education in Holland.

This year the focus is on the other neighbouring country, although it has to be said that the majority come from Bundesliga 2 clubs, and some from clubs that relegated to the third tier. That’s a painful indicator how far the standard of the Eredivisie has dropped over the years, with talented Dutch players moving abroad at an ever younger age.

However, there are two exceptions. Daniel Schwaab left Stuttgart and to replace Jeffrey Bruma at PSV, while Heiko Westermann moved to Ajax from Hamburg. A 32-year-old central defender, Westermann is a former German international, but he will want to avoid the fate that befell John Heitinga last season. Returning from Hertha Berlin, the former Dutch international thought he could still play an important role, but Frank De Boer didn’t need him and a disillusioned Heitinga retired halfway the season.

Another one who should be watching his back is Peter Bosz, the former Vitesse coach who needs to hit the ground running at Ajax. Unlike his predecessor De Boer, he hasn’t come through the club’s ranks and prefers a risky – some would say suicidal – attacking game that could leave the club empty-handed. Bosz was praised for this type of football at Vitesse but he didn’t win any silverware in Arnhem, despite close co-operation with Chelsea. Bosz cannot afford a trophyless season, or an early Champions League elimination.

To help him, Ajax have signed two Colombians in defender Davinson Sanchez from Atletico Nacional and Deportivo Cali attacker Mateo Cassierra, and this recent focus on South America isn’t surprising, considering that their new chief scout Henk Veldmate was responsible for the arrival of Luis Suarez at Groningen.

With Ajax are still trying to adapt to the post-De Boer era of four national titles in six years, PSV and Feyenoord could take advantage.

Both teams have hardly been affected by transfers. Title-holders PSV will again rely on Luuk De Jong’s goals and Andres Guardado’s astute play, while coach Phillip Cocu hopes to add Marco Van Ginkel, who was on loan from Chelsea last year, to his squad permanently.

Meanwhile, in Rotterdam there are also hopeful signs. No key player has left, inspirational 36-year old Dirk Kuyt will give it all for another season and Tonny Vilhena, who at first refused a new contract, also stays. On top of that, Feyenoord seem to have a prolific goalscorer in Nicolai Jorgensen. Even the huge setback of Kenneth Vermeer being ruled out for at least six months with an achilles-tendon rupture won’t be a problem as Australian keeper Brad Jones, a former Liverpool and NEC player, is a worthy replacement.

Finally, an embarrassing soap opera has come to a happy end for Twente. Despite being guilty of financial irregularities and deliberately misleading the football authorities, a successful appeal means the Enschede club regained their top-flight licence and the punishment of forced relegation has been scrapped. Instead, they have to pay a E180.000 fine.

The club isn’t entirely off the hook just yet tough, as drastic economies are still needed if they want to retain their licence. A big fee for leading player Hakim Ziyech, who has been over-particular in picking a new club, would certainly help. Only 10km from the border, Twente – who already have three Germans in their squad – are likely follow other clubs’ example in finding a suitable replacement.