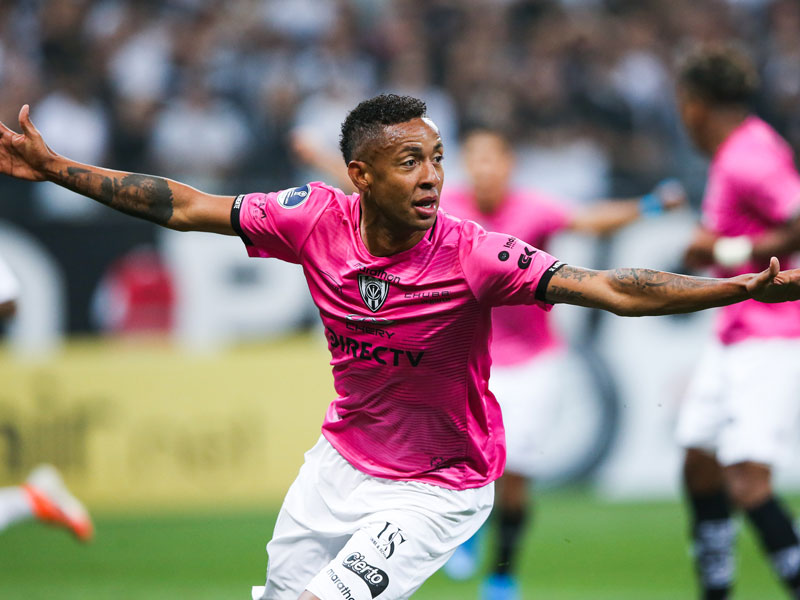 If Norwich City’s Premier League win over Manchester City was an upset, then club football in South America can do better.

In this case the margin of victory was greater and the giant was at home. Corinthians of Sao Paulo, the biggest club in the continent’s biggest city, were handed what their own president described as a football lesson last Wednesday. In the first leg of the Copa Sudamericana, the Europa League equivalent, they went down 2-0 to Independiente del Valle, a tiny club from the outskirts of Quito, the capital of Ecuador.

True, the 2019 model Corinthians are not the strongest team the club has had in recent years. But they still lie fifth in the Brazilian Championship. And their line up includes Cassio, Brazil’s third choice keeper in last year’s World Cup, right back Fagner, who played in that tournament, and also appeared against Peru earlier this month, former international centre back Gil and one time Brazil centre forward Vagner Love.

This names give the lie to the claim by Corinthians coach Fabio Carille, who said after the game that inexperience was to blame, that his team was full of kids. That is a description that applies much better to his opponents. Half of the players fielded by Independiente del Valle are under 23 – an observation that gets to the heart of this club’s remarkable rise.

Perfectly attuned to the realities to the contemporary market, Independiente are a club who exist to develop and sell players. The lack of any great fan base eases the task. There are fewer populist pressures to get in the way of business. Titles are welcome, but they are a secondary concern. They have disputed the Ecuadorian first division since 2010, but have yet to lift the trophy. This year’s Sudamericana is their big chance. The place in the final is not booked yet.  But Corinthians will have to do something special in Wednesday’s return game. The altitude of Quito, 2,800 metres above level, complicates matters for away teams. It is not a place where the unacclimatised visitor wants to chase the game. But the two goal deficit leaves Corinthians with no option. They run the risk of leaving themselves dangerously open. Independiente del Valle, then, are favourites to get through to the final in Asuncion on November 9th.  And it would not even be their first continental decider.

Three years ago, eliminating River Plate and Boca Juniors along the way, they went all the way to the final of the Copa Libertadores, where they fell narrowly to Atletico Nacional of Colombia. The 2016 side contained a couple of experienced Uruguayans to give the team some ballast, and a host of home grown products, all of whom were then sold – and then replaced by the club’s next generation of home grown youngsters.

This year Ecuador were South American Under-20 champions, and finished third in the World Cup at the level. Three key members of the side – keeper Wellington Ramirez, playmaker Jordan Rezabala and wide man Gonzalo Plata, were Independiente del Valle products.  ll three have since been sold.  And still results do not suffer – because the youth development work is so good that there is always a new crop coming through.

Independiente del Valle, then, are 90 minutes away from a continental final. But whatever happens on Wednesday night, or in Asuncion on November 9th, they can hardly lose. Making it so far in the competition has helped put their youngsters in the shop window, raising their profile and their price. This little club from Ecuador, with a philosophy made for the global market, are this decade’s big South American club football success story.