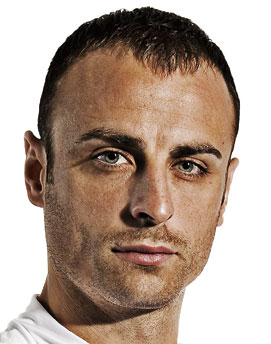 World Soccer: You retired from international football in May 2010. Would you ever consider a return to the Bulgaria side?

Dimitar Berbatov: Things aren’t as simple as they look. The coach, Luboslav Penev, who is the right man for the job, is the only man who would make it possible for me to return to the national squad. But I am standing by the decision I made more than two years ago. I won’t return to the Bulgarian national team. There has been too long a period in which I have been out of the team. My time has passed and the boys have managed well without me. On the other hand, I don’t see anyone in the national side who plays like me, with intelligence.

You had plenty of options when you left Manchester United during the summer. Why did you eventually choose to sign for Fulham?

I am a realist and I know my qualities. I need time to adapt to the playing rhythm of a new team. I am happy to play under Fulham coach Martin Jol, who I played for when I was at Tottenham Hotspur. I need to play, not be sitting on the bench. That’s why when I made my debut with Fulham versus West Ham, even though we lost 3-0, I felt like we were winning 6-0. I feel great with the team and with the coach.

Fiorentina weren’t happy when you joined Fulham. They claim that you had agreed to play for them…

I didn’t agree to play for Fiorentina or anyone else. I didn’t give any positive answers. I didn’t say yes to anybody.
Yes, my agent and I caused a little bit of confusion, and maybe this was our mistake. Then, suddenly, a man [Jol] for whom I have great respect and I know very well appeared, and I agreed to play for his team. I made this decision for the benefit of my family. I have a child, and maybe I will have another child. I decided that my family will be best in London. I am happy now because the most important thing for me is to play football and to enjoy playing football. What people say about me in Italy is of no interest to me.

How will it feel when you play against Manchester United and their manager, Alex Ferguson, for the first time with your new team?

I don’t have a problem with this sort of thing. I left Manchester United after a year in which I hardly ever played. I was feeling very bad and didn’t think I deserve that after I had been top goal scorer the previous season. But it is the manager’s decision. He explained to me how the team needed to change the way they played and that I wasn’t required.

When I take into account my goals, I am proud of my time with Manchester United. I became a champion and top scorer, and with this team I reached the highest level of football. Maybe I should have gone the summer before, after I was left out of the squad for the Champions League Final at Wembley. After that I went to Sir Alex and asked him: “Boss, am I needed by you and the team because I want to play?” He answered: “Yes, you are needed. I want you to stay and fight for your place. If you deserve, you will play.” And I tried to fight for my place, but it was in vain. Martin Jol spoke with Alex Ferguson, who told him that I had no place in his plans to play a more direct style with quick passes.

How do you now feel about your former manager, Alex Ferguson?

I am disappointed in him as a man. He lost my respect. I didn’t deserve to be treated as I was and I said this to him. But he is one of the best managers in the world. There is no doubt about his successes.

What was your best moment with Manchester United?

When I signed my contract with the club, that was a dream. I remember my first training session, my first matches. When I scored a hat-trick against Liverpool, I was very happy. I was champion and a goalscorer with United.

At Manchester United, the club were always challenging for top honours. Will you miss this competitiveness now you are at Fulham?

Of course, this is normal. I know it will not be possible to win almost every game like it was with United. Maybe I will miss the matches in the Champions League too. But I am happy because I am playing football again. Maybe I will be nervous if we lose a few matches, but this is normal. I have played for a big team and I know what I can offer and what I need to learn. I want to enjoy playing football, to feel alive.

Will Fulham be your last club?

I really don’t know. I want to play until I am 40, but I am not a goalkeeper, Paolo Maldini or Ryan Giggs. I want to play in England for several more years. I like England as a place. I like its mentality, its culture, its football.

What is it that you like about football in England?

I like the training, the methods of preparation, before and after a match. I like the style of playing, the atmosphere of the full stadiums. I have been in England six years and when I entered the pitch against West Ham, I felt respect from my new team-mates and from my opponents too.

How do you see your future?

I want to start a football academy in Bulgaria for children. I hope some of them will one day be famous with big European clubs.