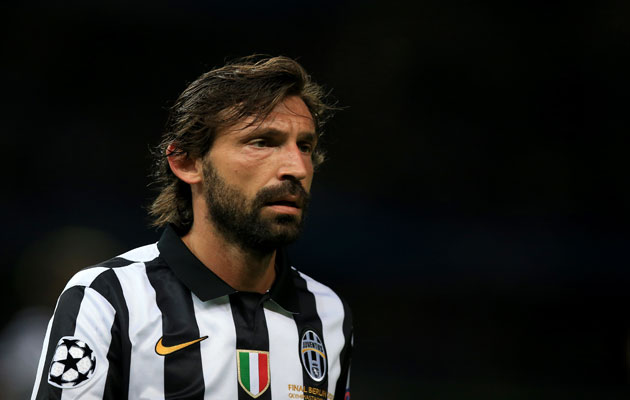 Two days after Juventus’ 3-1 loss to Barcelona, club president Andrea Agnelli met the media to offer his reflection on what has been a momentous season for the club. In the process, he not only offered an accurate summary of the Champions League Final but – and arguably more importantly – he also suggested that, the game in Berlin notwithstanding, all is not well with football in Italy.

“If Juventus managed to make the Final of the Champions League, and Fiorentina and Napoli the semi-finals of the Europa League, that was no thanks to the ‘sistema Italia’ but rather thanks only to the good work of the three clubs involved,” said Agnelli. “The [Italian] federation needs to develop a sports vision of the game and to hand the game back to the players, in the way that UEFA manages to do.

“There is a total lack of medium- and long-term vision. If Italian football is to reclaim a leading role at international level, then we are talking about a five-to-10-year plan. No one has the magic wand that can change things from one day to the next, not [Carlo] Tavecchio [president of the Italian Football Federation] nor Giancarlo Abete [the previous president].

“There needs to be a shared vision among the football stakeholders. As of now, the number one Italian problem concerns the stadia. There’s got to be a joint effort to modernise the stadia. Then, after that, I would like the federation to have some sort of real sports plan.”

Agnelli went on to suggest his vision of the future, to some extent, was shared by two outsiders within the Italian system, namely Roma’s American president, James Pallotta, and Internazionale’s Indonesian chief, Erick Thohir.

In other words, if for one second anyone had been tempted to think that the good showing by its clubs in Europe throughout the season means that Italian football is seriously on the mend, then they had clearly understood nothing. And Agnelli has a point.

An Italian season which began with Tavecchio calling African footballers “banana eaters”, and which ended with the amateur league president Felice Belloli suggesting that women’s football was a matter for “a bunch of lesbians”, clearly has deep-rooted problems with its ruling class.

When it came to his reflections on the defeat by Barca, Agnelli offered a lucid analysis of the game, arguing that Juventus had every reason to be proud of their highly successful season, saying: “The team’s performance in Berlin is a great starting point for the future.

“We made a game of it with Barcelona in a match in which they scored an early goal that would have killed off most other teams. Instead, we came back, we scored an equaliser and we played 20 minutes of fantastic football in a game that we could have won – even if, in the end, Barcelona scored a counter-attacking goal that finished off the match.”

Acknowledging that many people had underlined how the defeat represented Juve’s eighth loss in a Champions Cup/League Final, Agnelli suggested that this time Juventus had nothing to regret. The defeats by Hamburg (1983), Borussia Dortmund (1997) and Milan (2003) had hurt a great deal more, he said.

Not surprisingly, he had special words of praise for club coach Massimiliano Allegri. Recalling the “very difficult moment” at which the coach had taken over the team last summer – within 24 hours of the shock resignation of predecessor, Antonio Conte – Agnelli expressed his admiration for the “impeccable manner” in which Allegri had synchronised with a team that “was already very strong”.

If Agnelli had every reason to sound proud of what his team had achieved this season, even he would have to admit that, on the home front, no side provided any real opposition. Roma, Napoli and Milan, the three teams which had finished second to Juventus in the last three seasons, never really threatened.

Two years ago, under newly appointed French coach Rudi Garcia, Roma made a fantastic start to the season, winning 10 in a row. This year had essentially “blown up” by the end of October.

Once again, Garcia’s team made a terrific start, playing attacking football and winning their first five league games as well as trouncing CSKA Moscow 5-1 and drawing 1-1 away to Manchester City in September’s Champions League games. Then two problems, in the shape of Juventus and Bayern Munich, appeared on the Roma horizon.

The big controversy came in the 86th minute when Juve’s central defender Leonardo Bonucci scored the winner with a long-range shot, following sustained Juventus pressure. The problem was
that, as Bonucci struck the winning goal, Juve midfielder Arturo Vidal was clearly standing in an offside position, seemingly blocking the vision of Roma keeper Lukasz Skorupski. While it was probably a valid goal, Vidal’s position was enough to fuel all the worst Roma suspicions.

Two weeks later, Roma played host to Bayern Munich and, unintimidated by the German champions’ formidable reputation and good form, Garcia set up his side to “mix it” with the visitors, playing his usual attacking game.

Roma dreams and expectations lasted less than 10 minutes and by half-time they were 5-0 down, with Bayern eventually winning 7-1.

It is at least arguable that Roma never really recovered, psychologically, from that drubbing. Injuries to players like Dutch midfielder Kevin Strootman and the prolonged absence of Ivory Coast striker Gervinho at the African Nations Cup in January clearly did not help, but the Bayern rout would appear to have burned a serious hole in the Roma psyche.

In a sense, it came as little surprise that, from that point on, Roma’s European campaign fizzled out. They were eliminated from the Champions League with a 2-0 home loss to Manchester City in their last group game and then knocked out of the Europa League in March when beaten 3-0 by Fiorentina, again at the Stadio Olimpico in Rome. The fact that Roma went on to end the season in second place, fully 17 points behind Juventus, simply serves to underline just how totally Juve dominated Serie A.

Napoli, who might have been considered possible pretenders to the throne, managed to play themselves out of contention even earlier. Arguably, they too never fully recovered from a disastrous start to the season which saw them beaten in the August qualifying round of the Champions League by a modest Athletic Bilbao side.

In the end, Napoli partly rehabilitated their season by getting to the semi-finals of the Europa League, where they went out to Ukrainian side Dnipro. That defeat and fifth place in Serie A – thanks to a last-day 4-2 loss to Lazio in a Champions League decider – perhaps persuaded owner Aurelio De Laurentiis that the time had come to part with Spanish coach Rafa Benitez, who was replaced by Naples-born Maurizio Sarri of Empoli.

And what of the miserable season experienced by Milan and Inter, who finished out of Europe in 10th and eighth place respectively?

Having offloaded one former player turned coach in Clarence Seedorf at the end of last season, Milan chose another in Pippo Inzaghi for this year. However, with the results clearly not satisfying the club’s owner Silvio Berlusconi, it was hardly surprising that he chose to shake up things at the end of the campaign by engaging Sampdoria coach Sinisa Mihajlovic, attempting to recall former Milan player, Zlatan Ibrahimovic from Paris Saint-Germain and, arguably most importantly, considering a sale of a 48 per cent shareholding in the club to Thai businessman Bee Taechaubol.

Inter owner Thohir, did his shaking up earlier in the season, replacing Walter Mazzari with former Manchester City coach Roberto Mancini in November in a futile attempt to get back onto a Champions League qualifying course.

So far the move has not worked, but the hope is that the team will be more competitive next term when “moulded” along Mancini lines.

One final note: in May, Italian football was hit by another betting/match-fixing scandal when state attorneys in Catanzaro, the capital of the Calabria region, arrested more than 50 people – players, coaches and administrators – suspected of involvement in a scam which saw the fixing of games in Lega Pro and Serie D (the third, fourth and fifth divisions).

As previously suggested, all is not well in the garden of Italian football.

PLAYER OF THE SEASON
Felipe Anderson
(Lazio)
The 22-year-old Brazilian midfielder came of age in his second season in Serie A, with his goals playing a crucial role in Lazio qualifying for the Champions League. Currently has a five-year contract with the club.

NEWCOMER OF THE SEASON
Daniele Rugani
(Empoli)
The centre-back will return to Juventus this summer after a spell on loan at Empoli. Voted Serie B’s player of the season when they were promoted and outstanding again as they secured another term in the top flight.

COACH OF THE SEASON
Stefano Pioli
(Lazio)
Massimiliano Allegri may have won the domestic double and reached the Champions League Final with Juventus, but the 49-year-old deserves the accolade for his achievements with the Biancocelesti.

TEAM OF THE SEASON

Oct 5 Juventus 3 Roma 2
In a clash of the league’s top two teams, the champions snatch a late victory thanks to Leonardo Bonucci’s volley.

Jan 11 Roma 2 Lazio 2
Francesco Totti rescues a point with two second-half goals in the Rome derby and celebrates by taking a selfie with fans.

Feb 7 Juventus 3 Milan 1
The champions open up a 10-point lead at the top of the table after an easy win over struggling Milan, who drop to 10th.

Mar 2 Roma 1 Juventus 1
Juve take a major step towards retaining the title with a draw against 10-man Roma.

Apr 26 Torino 2 Juventus 1
Torino’s victory in the Turin derby is overshadowed by violence in the stands, where supporters are injured when a firework explodes.

May 31 Napoli 2 Lazio 4
Lazio hold off a stirring Napoli comeback to claim a Champions League play-off place. Gonzalo Higuain misses a penalty at 2-2.

CUP WINNERS
Victory in the Final was a fitting end to a season of Juventus domestic dominance, but Lazio will argue that, with a little luck, they could have won this one. With the score at 1-1 midway through the second half, Lazio’s Filip Dordevic managed to hit both posts with a powerful shot.

RELEGATED
Financial meltdown saw Parma deducted seven points as they dropped out of the top flight, along with Cagliari and Cesena.

PROMOTED
Bologna won the play-off to return to Serie A after just one year, and they will be joined by debutants Carpi and Frosinone.

EUROPEAN QUALIFIERS
Juventus and Roma go directly into the Champions League group stage, while Lazio start in the play-off round. Fiorentina and Napoli are in the Europa League group phase, with Sampdoria having to play in the third qualifying round.