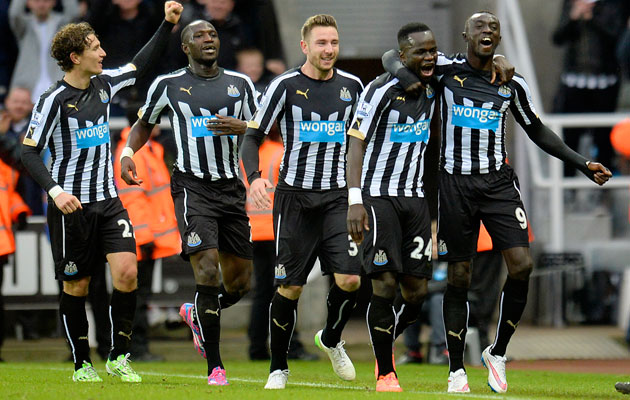 The veteran striker struck in the sixth minute of injury time to earn Ahly their first ever victory in the competition.

Chelsea’s unebeten run came to an end with a 2-1 defeat at Newcastle United. Jose Mourino’s side would have set will set a new club record of 24 games unbeaten, in all competitions, if they avoid defeat at St James Park.

Ronaldo’s hat-trick was was his 23rd in Spanish football, a record for any player. It also took him past the 200 goal mark in La Liga in just 178 matches. The Portuguese forward has now scored 23 goals in just 13 leasgue games this season. Barring injury, he is on course to eclipse Lionel Messi’s record of 50 league goals in a season set in 2012.

In Chile, two injury-time goals conceded by Colo Colo in the final round of the Chilean Primera Division Apertura season, has seen Universidad Chile crowned champions.

Before the last round of games, three teams were in with a shout of the title. Colo Colo lost 2-0 to Santiago Wanderers, who leapfrogged them in the table, but the title went to Colo Colo who defeated Union La Calera courtesy of a late penalty.

Borussia Dortmund climed ouff the foot of the table with a 1-0 victory over Hoffenheim on Friday night. The result took Jurgen Klopp’s side up to in 14th the table and gave the beleaguered coach some much-needed breathing space.

Gamba Osaka captured their second J. League championship despite a 0-0 draw at relegated Tokushima Vortis, thanks to a late collapse from Urawa Reds, who lost 2-1 at home by Nagoya Grampus.

It’s been a remarkable turnaround by Gamba, who were in the relegation zone before the World Cup break, and became only the second club after Kashiwa Reysol in 2011 to win the league the season after they were promoted.

Los Angeles Galaxy beat the New England Revolution 2-1 to claim the MLS Cup in what was Landon Donovan’s final game as a professional.

An extra-time goal from Galaxy’s Robbie Keane ensured the trophy returns to LA for a fifth time.

Ther final round of matches to decide the Argentine championship were postponed for a week to December 14, after River Plate requested a delay to fit in the Copa Sudamericana final.

River requested the delay as they face Atletico Nacional of Colombia in the two-leg final of the Copa Sudamericana. The first leg is on Wednesday in Medellin, and the second on December 10 in Buenos Aires.