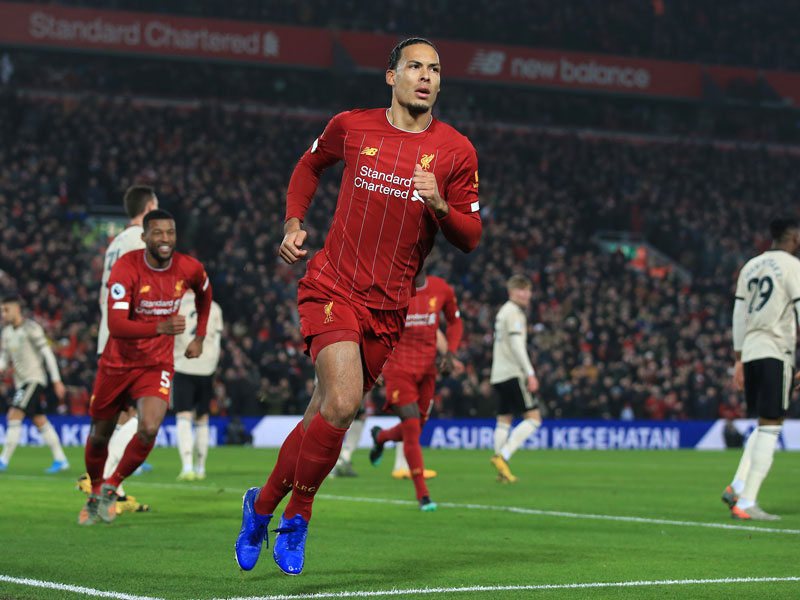 This has been a triumphant season for Liverpool, fully 16 points ahead of second-placed Manchester City in the Premier League and with a game in hand. All credit to the team and to their resourceful manager Jurgen Klopp who is the very epitome of an almost superstitious caution.

“Everyone should celebrate the situation apart from us,” he declares. “Nothing has changed… I will tell you immediately the moment it feels different, but at the moment it doesn’t. We will not be part of that party yet but it’s no problem. We know our job… I have to keep myself concentrated even in the interviews. That’s the truth.”

But what small hope is there for anybody to catch this dominant Liverpool team? In their captain and centre-back Virgil Van Dijk they have a player both dominant and inspirational. He gave a display of faultless composure in the heart of his defence.

He it was who majestically scored his team’s first imposing goal after 14 minutes, dashing past three opponents to head the corner from Alexander-Arnold high into the goal.

It seemed pretty clear that the die was cast. Not even the battle-hardened Harry Maguire could do anything about it. His team’s second did not come until three minutes into injury time when the elusive Salah scored it but by that belated time it was well deserved.

By half-time, Liverpool had ruled the game. Another goal should surely have come to Liverpool right at the start of the second half when Salah failed to score from six yards, and Jordan Henderson shot against a post from the edge of the box.

The pace of Anthony Martial kept his team in the game, and he wasted a good chance when shooting over the bar from 15 yards but, overall, Liverpool were the dominant team.

Since Liverpool have a massive 30-point lead over Manchester United in the table, anything but victory would have made scant sense.

It has been a splendid season for Jordan Henderson in the Liverpool midfield. As one critic enthused, “He has been the beating heart of the squad, the standard setter and the running man… He has been playing in that vein for 12 months and when someone shows such consistency, it deserves recognition.”

Described as “tenacious in defence and a threat in attack,” Manchester United’s Fred had one of his finest games for the club. As for his team as a whole, the judgement of Chris Sutton is harsh. “The United of old are long gone.”