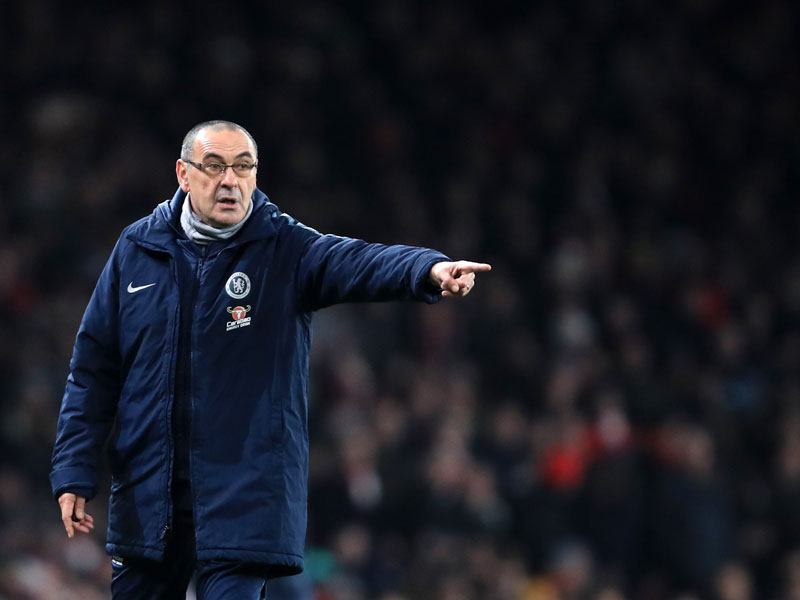 Brian Glanville: How Long Will Sarri Last At Chelsea?

Maurizio Sarri, Chelsea‘s voluble new Italian manager, might be reminded of an old English saying, a bad workman blames his tools. After his Chelsea team had gone down unequivocally against Arsenal he slated his players in his own Italian. Wanting he said to send “a very clear message” to his beaten players, he fulminated, “I have to say that I am extremely angry, very angry agreed. This defeat was due to our mentality more than anything else.” (More than wasting the splendid Hazard in central attack rather than on the left wing?) “This defeat was due to our mentality more than anything else. We played against a team which mentally was far more determined than we were. This is something I cannot accept. We had a similar issue in the League game at Tottenham Hotspur. We spoke a great deal about that loss and our approach at the time, and I thought we had overcome this issue… but it appears we still seem to lack sufficient motivation. So I am really not happy.”

How long can he last?

FA should be in the Hillsborough dock

Why in the name of all logic has it taken fully 29 years to bring the Hillsborough disaster to court? Yes I know that the chief accused, the hapless 74-year-old ex-chief superintendent David Duckenfield retired ill years ago, yet the lapse in time seems quite extraordinary.

Though Duckenfield in the vernacular is plainly bang to rights, having ordered a gate to be opened which allowed hundreds of Liverpool fans to pour through, he as the present prosecuting counsel admits, was not solely to blame for the disaster. It has so long been clear that he should never have been put in charge, being inexperienced in such matters, his predecessor at the equivalent match a year earlier having reportedly been taken off the command as a result of so called horse play among his subordinates.

Yet in all fairness and logic surely the Football Association itself should be in the dock, for choosing Hillsborough in the first place.

There had been troubles of overcrowding on those terraces in the past. I have spoken to fans who attended those games and quit that section as a precaution. Yet year after year, the Sheffield Wednesday ground was blindly chosen until the disaster happened. Clearly there is to be no attempt to indict the FA officials, long gone from their posts, for their literally fatal decisions, but they surely bear the ultimate blame for what almost predicatably happened.

Thus it is possible almost to see Duckenfield as the fall guy, taking all the blame so much of which should arguably have been laid upon others. He is an old man and will I suppose being found guilty inevitably be sent to gaol.

But the ultimate blame arguably and ultimately lies elsewhere.

Good to see that Dominic Solanke has you might say escaped from bondage at Liverpool to join Bournemouth. After what has so far been such a miserable and frustrating season at Anfield where he never got a first-team game. A shabby fate for an attacker who was voted the outstanding player of the tournament when England so impressively won the Under-20 World Cup.