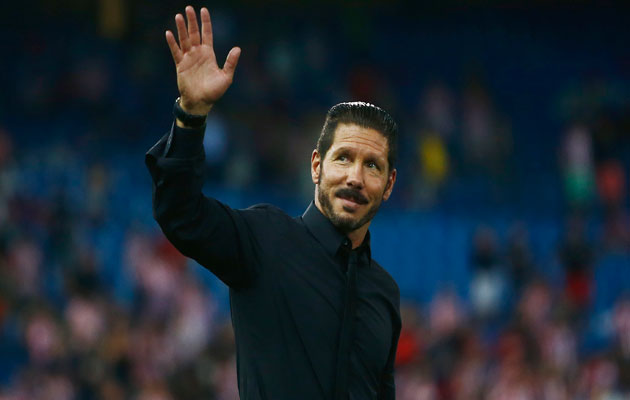 Past:
Won league titles with Estudiantes and River Plate in Argentina, but less successful with
San Lorenzo.

Future:  Contracted until 2018 but could be tempted by a really top job.

Current status:  Led Ajax to a fourth Eredivisie title, a record for a coach.

Style:  Committed to youth and the Ajax/Barca system of possession-based attack.

Past:  Took Swansea into the English second tier, guided Wigan to FA Cup.

Style:  Progressive and media friendly, but unproven when it comes to spending big money

Future:  Career is on an upward trajectory, so next stop could be a Champions League club.

Current status:  Unemployed after leaving Mainz in the summer.

Past:  Coach of Mainz for five seasons, during which time the club consistently punched above its weight.

Past:  Worked wonders at Hoffenheim and took Schalke to the Champions League semi-finals in 2011.

Future:  A return to frontline coaching.

Future:  A return to a European league.

Past: Reached the FA Cup final with Stoke, Manager of the Season with Crystal Palace.

Past: Won the Primeira Liga with Benfica, and The Europa League with Atletico Madrid.

Current status: Helped Parma stay in the Serie A, bringing them from above relegation zone to finish 8th when he joined in January 2012.

Past: Reached Quarter Final of the Euro’s in 2008.

-Worked as an Assistant Coach at Paris Saint-Germain, Coach at Chelsea.

Past: Won the KNVB Cup in Netherlands with two different cubs, one being Ajax.

Current status: Sacked by Hamburg in February after losing 7 consecutive league games, along with a German Cup loss to Bayern Munich.

Past: Won the Europa League with Feyenoord in 2002, Runner-up in the 2010 World Cup with Netherlands.

Current status: Baup was sacked as Marseille manager in December.

Current status: Contract at Malaga terminated after a poor season in May.

Current status: Resigned from his role as head coach of Stuttgart in May.

Past: Qualified for the Europa League with Real Betis in the 2012-2013 season.

Past: After a year assisting Dougie Freedman at Crystal Palace, returned to Australia to become the inaugural manager of A-League club Western Sydney Wanderers.

Current status: Unemployed after being sacked by KRC Genk.

Current status: Sacked by Braga after a series of poor results, currently unemployed.

Past: Led FC Porto to the Primeira Liga title for three consecutive years, the first being the 06-07 season, also winning the Portuguese Cup twice and the Portuguese SuperCup in those years.

Past: Has won eight trophies with Benfica, and with them has been runners-up in four others, two of them the europa league.

Past: Carreras led Deportivo Alaves B to the second division in Spain.

Past: Defeated Bayern Munich to end their 53 match undefeated streak. This was the first time Augsburg had ever defeated Munich.

Past: Won the French League Cup in the 2012-13 season, and was rewarded the manager of the season award, which was shared with Carlo Ancelotti.

Past: Was awarded Ligue 2 Manager of the Year after helping US Boulogne to promotion in 2009.

Current status: Manager of RC Lens, and got them promoted in his 1st season at the club, ending ligue 2 in 2nd place.

Past: Won Ligue 1 with Paris Saint-Germaine and Ligue 2 with Valenciennes.

Current status: Current manager of Sampdoria, the club he spent four seasons at as a player.

Past: Appointed as manager of Catania in December 2009, the Yugoslav brought them up from dead last in the table, to mid table. He pulled off some very impressive results against league leaders Inter and then away at Juventus.

Current status: Promoted Palermo to the Serie A, the club he was also a part of as a player.

Past: Iachini manged to promote three clubs in a row to the Serie A, not including Palermo.

Past: Hughton won the Championship with Newcastle United in the 2009-10 season.

Current status: Current manager of FC Groningen, who he used to play for from 2000-02 -qualified for next season’s Europa League with Groningen.

Past: Managed a number of lower division clubs in SPain as well as a spell in Greece with Olynmpiakos Volou and Kerykra.

Past: Won the Greek League twice in a row and the Greek Cup with Olmpiacos.

Current status: Resigned from his managerial role at River Plate, which was his 3rd time in charge at the club. He also began his career playing for the Argentine Champions.

Past: Diaz won the league with River Plate six times and two other trophies also.

Past: At just 27 Zubeldia led Argentinian club Lanus to a 4th place finish, then to a 3rd place finish the next season.

Current status: Currently unemployed after leaving Fulham in February, and was replaced 4 days before his contract ran out

Past: He was very successful as the assistant manager at Man United, working under Ferguson, winning three Premier League titles, three Community Shields, two League Cups, and the Champions League.

Past: Previously in charge of Hertha Berlin, where he was sacked in 2009.

Current status: His most recent managerial role was at Bundesliga side Bayer Leverkusen, until 2013.

Past: Lewandowski helped Leverkusen finish 3rd in the Bundesliga, qualifying for the Champions League Group Stage.

Past: Won the Serie B with Verona, Runner’s up with Italy in the 2012 Euro’s.

Current status: Was most recently the manager of the Argentina national team, coaching them to the final of the World Cup.

Past: Won the Argentine 1st league with Esudiantes, finished 2nd in the 2014 World Cup with Argentina.

Current status: Di Biagio is the manager of the Italy U-21 side.

Past: Has managed other youth sides including the Italy U-20 side.

Current status: Manages Barcelona B in the second division in Spain, since 2011.

Past: Finished 3rd in the Segunda Division with Barcelona B last season but the team are ineligble for promotion as they must play atleast one league below their main side.

Past: Spent several years in charge of Spain’s youth teams.

Current status: Currently out of work.

Past: Was in charge of Rennes for four years until 2013.

Past: Reached the Quarter-Finals of the World Cup with Costa Rica after finishing 1st in the “Group of Death” featuring Italy, Uruguay and England.

Current status: Manager of Bundesliga 2 side SpVgg Greuther Furth from 2013.