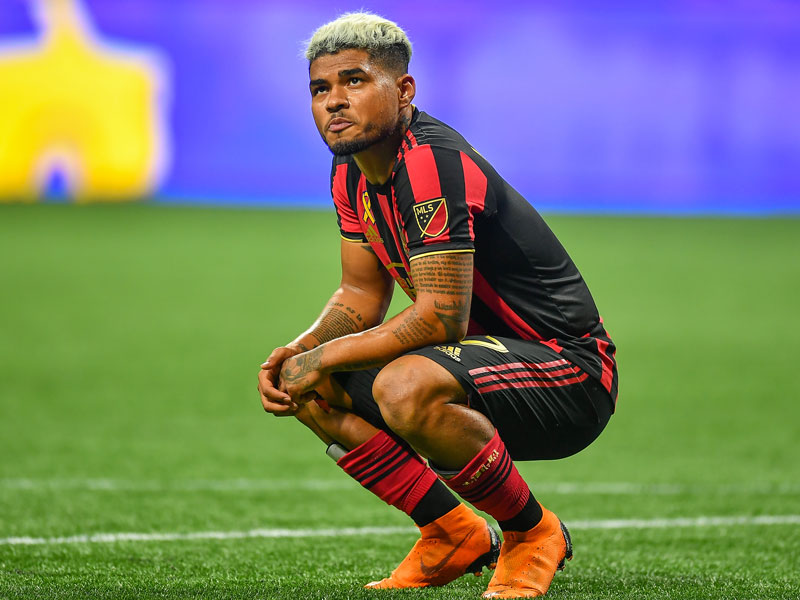 The Venezuelan national team lost the services of one of its senior players last week when MLS star Josef Martinez announced that he is no longer available. He will not represent his country while former goalkeeper Rafael Dudamel remains in charge.

Martinez referred to a breakdown in relations over the course of Dudamel’s three year reign, with this year’s Copa America marking a new low point.

It had been clear for some time that all was not well. In the 2016 Copa America and the closing stages of the last World Cup qualification campaign, the Atlanta United player was often the first player to be substituted – and made little secret of his displeasure as he left the field.  More recently he was not been in the starting line up. All three of his appearances in the recent Copa came off the bench.

However strained the relations have been between player and coach, the explanation can surely not be limited solely to the personal. There would also appear to be tactical motives.

Since the last set of World Cup qualifiers, Dudamel seems to have set on a base formation of 4-1-4-1. This gives him a triangle in the centre of the pitch, with a mixed midfielder either side of a holder. And it gives him a triangle up front.  Salomon Rondon is the big target man centre forward – with hopes that the recent Boca Juniors signing Jan Hurtado will be his burly long term replacement. And the flanks belong to quick, tricky wingers – the likes of Darwin Machis, Jhon Murillo, Yeferson Soteldo and Jeferson Savarino.

There is, therefore, no room in the starting line up for a second striker – the role that Martinez used to play in support of Rondon. Martinez has made it clear that he would like to continue his international career. He is keen to add to his total of 11 goals in 51 games. But it will need a change of coach – and, almost certainly, a change in formation. He is not an out and out number nine. Nor is he a winger, although his pace means that he can certainly be improvised there. Instead, he is the type of striker who, at the top level, is best suited to a 4-4-2 – but can struggle to fit into the contemporary trend for 4-3-3, 4-2-3-1 or 4-1-4-1.

He is by no means the only one. Brazilian striker Gabriel Barbosa has just won a recall to his national team after a three year absence.

‘Gabi-goal’ was a one-time wonderkid, who was playing for Brazil as a teenager in the 2016 Copa America. Things did not turn out as he might have hoped. He had a terrible time in Europe, both with Inter Milan and on loan at Benfica.  Inter then loaned him back to Brazil, where he began to regain confidence at Santos, his original club – and where he is currently hitting the heights with Flamengo. With 18 goals, Gabriel is the leading scorer in this year’s Brazilian Championship. No one else has more than 11.

Part of the explanation for his spell in the wilderness is probably his temperament. Gabriel can be highly strung, and clearly did not adapt well to a European environment in which he had lost his special status, where he was one talented player amongst many.

But here also, there would clearly seem to be a tactical explanation. Under Portuguese coach Jorge Jesus, Flamengo operate a high defensive line, and stay sufficiently compact to enjoy an attacking fluidity that is rare in domestic Brazilian football. Jesus switches his system around. But they are at their best in a 4-4-2, with a pair of strikers between a pair of attacking midfielders. It certainly brings the best out of Gabriel, leaving him free to roam, to drop and find space between and outside the lines of the opposing defence. Neither a centre forward nor a winger, it is Gabriel’s skills as a mobile striker that have got him back into the Brazil squad. Josef Martinez is entitled to be jealous.