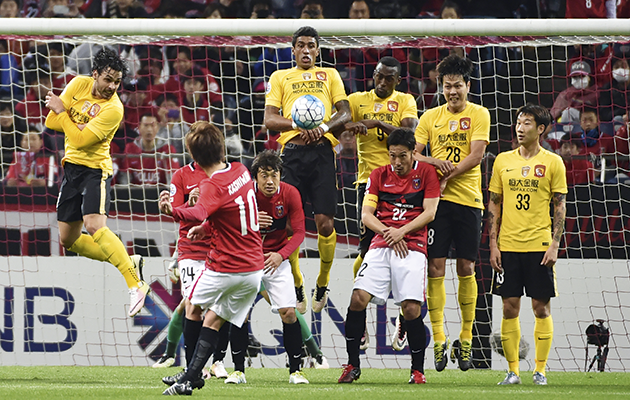 Despite starting this year by spending around $150million on star names such as Jackson Martinez of Atletico Madrid, Chelsea’s Ramires and Alex Teixeira from Shakhtar Donetsk, Chinese sides Jiangsu Suning and Guangzhou Evergrande both crashed out of the 2016 Asian Champions League at the group stage.

As the winner of every Chinese Super League title since 2011, and two of the last three continental titles, holders Guangzhou Evergrande’s exit was the most surprising. Just six months after winning the title at home to Al Ahli of the UAE, Luiz Felipe Scolari’s team were eliminated with a game to spare.

This is a club that takes being the best and biggest in Asia very seriously. The passport the Champions League provides to the Club World Cup is vital for their long-term plans to become one of the top 20 teams in the world.

The media has been quick to criticise Scolari’s conservative tactics and team selections, while the signing of Martinez has not yet been successful.

The Colombian has so far failed to gel with the rest of the team after his prolific predecessor Elkeson was surprisingly sold to domestic rivals Shanghai SIPG. Guangzhou Evergrande’s form in the league has at least helped Scolari to keep his job, but he is under pressure.

Jiangsu’s exit was not such a shock. Although they undertook a huge financial outlay, the club are not a traditional powerhouse and the team finished mid-table last season, qualifying for the continental tournament by virtue of a cup win. Teixeira and Ramires did impress in the Champions League, but Dan Petrescu’s men dropped points in Vietnam and at home against Tokyo. The club from Nanjing has, however, been going well at home in the league, although a title would be regarded as a massive achievement.

Shanghai SIPG, led by Sven Goran Eriksson, had few problems winning their group, helped by four goals from Elkeson – a fact that did not go unnoticed by Guangzhou fans. Shandong Luneng and coach Mano Menezes also made it through despite poor domestic form.

From the eastern zone, there are also two teams each from Japan, Australia and South Korea in the knockout stage.

Sydney and Melbourne Victory made it through for the first time, with Victory coach Kevin Muscat claiming: “It is a big achievement considering we’ve had five attempts. On our fifth one we were successful and that joy right now overrides trying to analyse the performance.”

South Korea are coming to terms with the fact that they no longer dominate the tournament, yet the K-League is the only league that has sent two teams to the knockout stage in each of the last five years. Seoul were perhaps the most impressive performer in the group phase, scoring 17 goals, with Brazilian star Adriano on target 10 times. 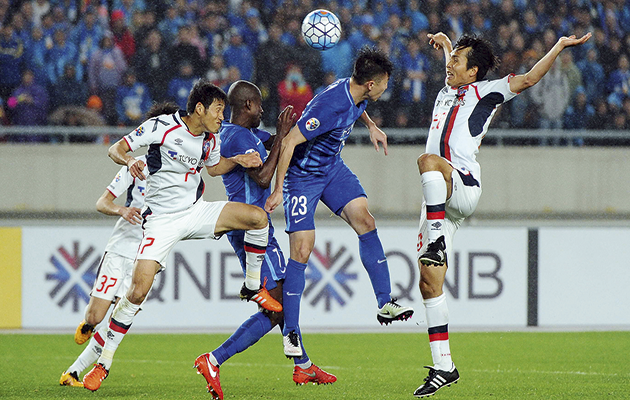 Gamba Osaka – who, in 2008, were the last Japanese team to reach the Final – didn’t win a game, while J.League champions Sanfrecce Hiroshima were almost as disappointing. With only Urawa Reds and Tokyo going through, there has been talk of the J.League changing its schedule to match the European season in order to help clubs in the Asian Champions League. However, the current calendar does not seem to be a problem for Chinese and Korean sides.

Any one of the eight eastern teams could make it to the Final where they will meet a team from the western regions, which comprises two teams from Iran, United Arab Emirates and Qatar, as well as one each from Saudi Arabia and Uzbekistan.