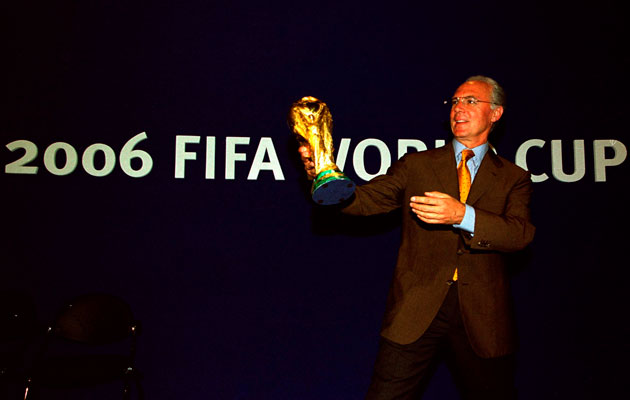 1. Our World Cup was won fair and square, insist the DFB.
As the FBI painstakingly check the probity of the bidding processes for the 2018 and 2022 World Cup finals, it was interesting to note what respected news magazine, Die Zeit, had to say on the subject of Germany’s successful campaign to land the 2006 main event, their shock single-vote victory over South Africa.

Many continue to believe that it was bid ambassador Franz Beckenbauer who won the day with his global golf course diplomacy. But as Die Zeit points out, the reality was much more Machiavellian, with all manner of economic and political manoeuvres coming into play, not least the decision of the ‘Bundesrepublik’ government to ship a consignment of rocket-propelled grenades to Saudi Arabia in exchange for support and the pledges of top firms, Bayer and VW, to increase investment in Thailand and South Korea.

“We have absolutely nothing to be ashamed of, ” declared DFB chief Wolfgang Niersbach when asked about the matter on a breakfast TV show. ” My recollection is that we had the best bid and an independent commission confirmed it. We knew we had the eight European votes. Where the other four came from, we can only speculate. ”

2. Under 21s. Win or bust.
Despite knowing that a place in the last-four of this month’s European Under 21 Championships will be good enough to secure qualification for the 2016 Olympics, Young Germany coach, Horst Hrubesch, only has one, much higher objective for the Czech Republic-hosted tournament.

“When you look at the quality of the squad we have, you naturally have to go for the title, ” says the former towering Hamburg and West Germany striker, who already has led two DFB sides to continental glory (the Under 19s in 2008 and the Under 21s a year later).

The party also includes four players from second division Kaiserslautern and two from Freiburg, who recently fell out of the Bundesliga.

3. Thomas Tuchel shuffles his hand at Dortmund.
The removal vans should be zipping in and out of the Westfalenstadion now that new coach Thomas Tuchel has arrived to begin the vitally important post-Klopp era.

Among those thought to be surplus to requirements are the Polish right-back Lukasz Piszczek, the Japanese attacking midfielder, Shinji Kagawa and German international centre-back Matthias Ginter. 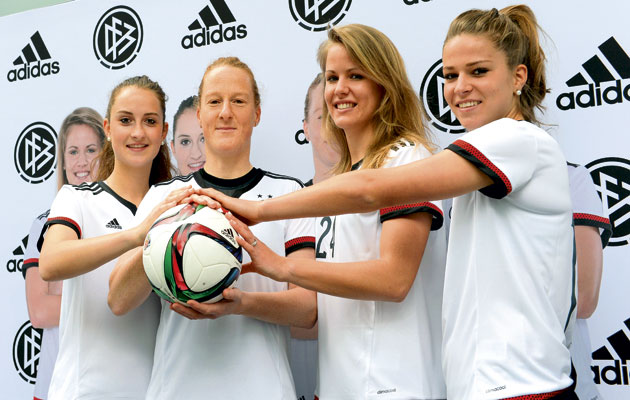 Much has changed on the remuneration front since Germany’s female eleven were rewarded with a 41-piece coffee service for claiming the European title back in 1989. Should the DFB women live up to their billing of tournament favourites and strike gold in this summer’s World Cup in Canada, every member of the squad will receive 65,000 euros and that will buy an awful lot of pots, cups and saucers.

Silvia Neid’s star-studded group still has long way to go though to catch up with their male counterparts; for winning at Brazil 2014, Philipp Lahm, Manuel Neuer, Thomas Müller and company each netted a 300,000 euro windfall.

5. The Lions finally show a degree of pride.
Fans of famous old Munich club, 1860, should be sleeping a lot sounder after ‘Die Löwen‘ (The Lions) dramatically preserved their second division status in extremis, needing a last-minute goal to beat third
tier, Holstein Kiel 2-1 in the second-leg of the play-offs.

Founding members of the Bundesliga and in the top-flight for 20 years, the Sky Blue-and-Whites have not played elite football since 2003-04, but remain hugely popular in and around the Bavarian capital. Their supporters like to see themselves as the authentic grassroots face of the game in the city – arguing that local rivals Bayern mainly are followed by ‘glory hunters’ – and for the vital game with Kiel, no fewer than 57,000 keepers of the ‘Sechziger‘ faith turned up at the Allianz-Arena to roar their side on in their hour of need.

What a shame that they do not have the players, management or financial clout to match the passion in the stands. The decision of director of sport, Gerhard Poschner to assemble a multi-national squad from all corners of the globe has proved a disaster, while their main financial backer, Jordanian businessman, Hasan Ismaik, seems to have gone to ground, provoking calls for him to sell his stake to those more committed.