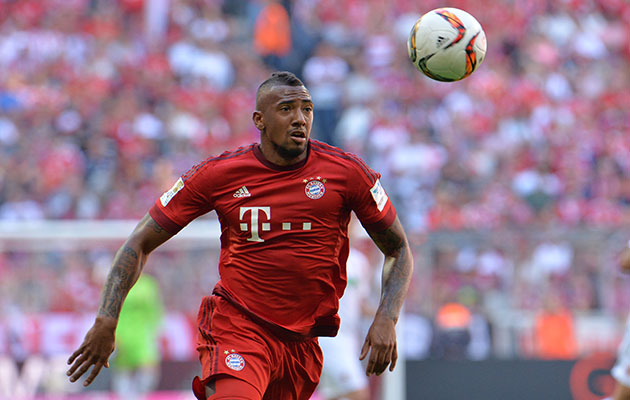 1. Boateng body blow
Pep Guardiola’s hopes of bowing out at Bayern with the Treble received an almighty setback at the weekend with the chilling announcement that German international centre-back, Jerome Boateng, could be out for some considerable time with a serious groin injury.

By far Bayern’s most accomplished defender, Boateng limped off in the second-half of Friday night’s 2-1 win in Hamburg and and now looks likely to be out for some two or three months, certain to miss key Champions League fixtures and possibly in danger of not being available for Germany’s  Euro 2016 campaign. Boateng’s lay-off could not have come at worse time for Bayern.

Moroccan stopper Mehdi Benatia is out until mid-February with an hamstring complaint, while another possible replacement, Holger Badstuber, is distinctly short of match practice, having spent most of the last three years on the sidelines.

2. Dortmund tighten their grip on second-place
At the end of the winter-break, the general rule of thumb in the Bundesliga is for the back to school brigade to gently ease themselves back into the competitive arena, to cut out the risks and keep it nice and solid. Shame that no one told Schwarz-Gelben boss, Thomas Tuchel and his merry men, who in the 3-1 victory at Gladbach on Saturday were just as fresh, purposeful and unwavering as they were before Christmas.

When they combine as slickly as this, the Dortmunder can even give runaway league leaders, Bayern, a run for their money in the creativity department and now eight points ahead of Hertha Berlin in third, already seem to have a lock on a direct Champions League qualifying spot.

Especially pleasing for Tuchel was the commanding display of central defender and skipper, Mats Hummels, whose careless and edgy displays in the Autumn Championship brought him so much criticism. 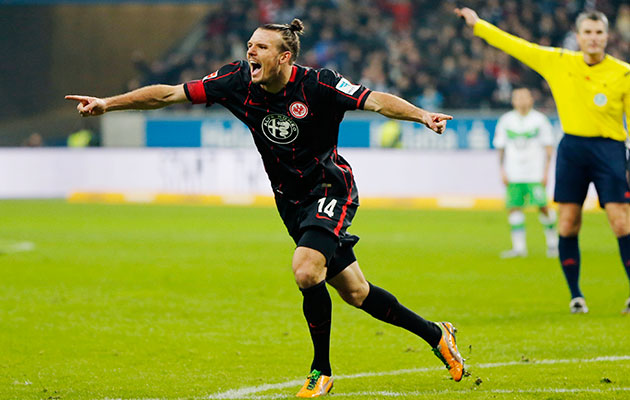 Bustling Eintracht Frankfurt striker, Alexander Meier, had the Waldstadion faithful ecstatically singing his name after nettting all three of his side’s goals in a spine-tingling 3-2 home victory over Wolfsburg on Sunday.

Coming up with the winner three minutes into much was an masterclass in efficiency, boasting just three shots in the entire game and making each of them count. Wolfsburg must still be wondering how on earth they lost, so dominant in the first-half, they could easily have gone into the break four-nil up.

Much for Wolves coach, Dieter Hecking, to bitterly ponder. Right now, his team is the weakest away team in the Bundesliga – with only one win in nine trips and beaten on five occasions – and something will have to be done about their tendency to switch off at the back.

4. Firefighter Schaaf fails to douse the flames
So much for struggling Hannover’s plans for a New Year revival. Despite bringing in five new players during the winter break – including Portuguese striker Hugo Almeida and Hungarian front-man Adam Szalai – and replacing coach Michael Frontzeck with successful ex-Bremen coach, Thomas Schaaf, it was same old story of HDI-Arena despair when the spring term begin on Saturday with a sobering 2-1 home loss to newly-promoted Darmstadt.

Collectively the Lower Saxons remain in bits and pieces and though they started intensely enough, ran out of gas and ideas in the second-45.Tearing up the script and starting all over again is never a straightforward task and Schaaf’s post-match hints of even more January recruits does not at all bode well.

5. Christmas football?
Because of the extreme winter conditions in Germany and the widely-held belief that a mid-season breather is of great benefit to athletes, the Bundesliga winter break has become something of a sacred cow.

At least until now, that is. In an interview with Sunday newspaper, Welt am Sonntag, Wolfsburg CEO, Klaus Allofs, floated the idea of top-flight fixtures over the Christmas period, arguing that an English-style festive programme could prove both a winner with the fans and the accountants.

An increasing number of top-flight general managers, among them Schalke’s Horst Heldt, are thought to be comfortable with the proposal, though the always influential Bayern Munich probably will defend the status quo.