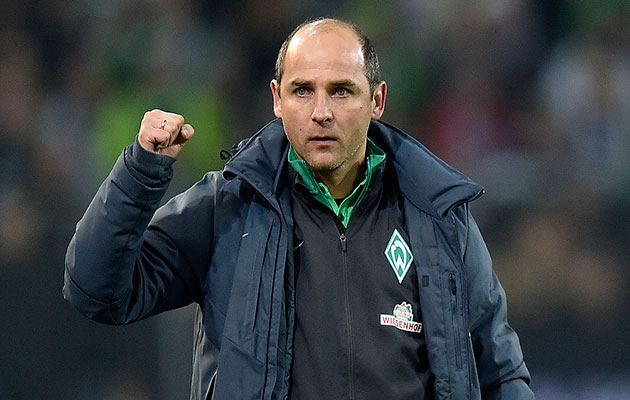 1. Bremen on the brink
In the 36 years since their one and only taste of top-flight demotion, Werder have enjoyed remarkable success, claiming three Bundesliga titles, a brilliant League and Cup double in 2004, five German Cups, a European Cup-winners’ Cup and taking part in no fewer than seven Champions League campaigns.

A seat at the top table, though, has to be earned and right now the Green-and-Whites look distinctly unworthy, up to their necks in the relegation swamp after losing 12 of their 23 games and conceding more than any team in the division (46).

Needing a last-minute headed equaliser from golden oldie striker, Claudio Pizarro, to salvage a 2-2 draw at home to Darmstadt on Saturday, Werder have won just once on their own patch this term and inevitably frustration hangs heavy in the air. Hence the veiled threat content of the banner unfurled at the Weserstadion at the weekend: “Our patience is not limitless.”

And why should it be? Bremen under coach, Viktor Skripnik are sinking fast, unstable defensively, short on creative ideas and desperately lacking a coherent matchday plan. The players have not downed tools; they continue to run, battle and scrap.

But a fully functioning collective they definitely are not. Club CEO, Thomas Eichin, insists the squad and Skripnik remain in unison. Many others. however, beg to differ.

2. Schalke experience a solidarity breakdown
Schalke’s Veltins Arena was no haven of peace, love and understanding during the 3-0 midweek loss to Shakhtar Donetsk in the Europa League. As the Royal Blues crumbled like sandcastles at high tide, the mood on the Gelsenkirchen terraces turned poisonous indeed. Cat-calls, whistles and jeers echoing around the stadium, individual players – notably Liverpool-bound defender, Joel Matip and rebel winger Sidney Sam – relentlessly targeted for abuse and lots of fans leaving for home after Shakhtar scored their second on the hour-mark.

“We’re there to be criticised but I do find the whistles unnecessary, ” declared Schalke keeper Ralf Fährmann. “It’s not fair to jeer a player (Matip) who has been outstanding for a lot of the season. He’s a man. He’s mortal and can make mistakes. The team is not a coffeee machine which you simply switch on for it to work.”

Schalke, who drew 0-0 at out-of-sorts Eintracht Frankfurt on Sunday, remain in the mix for a top-four finish. But with the faithful becoming hostile and coach Andre Breitenreiter too keen to keep the offensive handbrake on, the signs are not good. 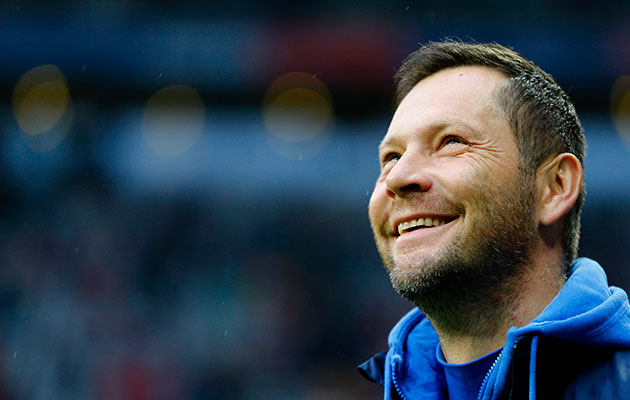 Following a slow, unconvincing start to the New Year – made up of four draws and 2-0 defeat in Stuttgart – Hertha Berlin finally recorded their first Bundesliga win of 2016, consolidating their third-place in the table with a thoroughly-deserved 1-0 win in Köln. The hero of the hour? Hertha’s Bosnian striker, Vedad Ibisevic, whose winner  shortly before half-time was his first domestic league goal in 599 interminable minutes.

Although two-thirds of the season has passed, certain sceptics persist in categorising the capital city outfit as a flash in the pan, faceless interlopers who only are riding high because of the lack of consistency of such elite big hitters as Leverkusen, Schalke and Wolfsburg.  But that’s too simplistic an assessment. In terms of tactical flexibility, work-rate, togetherness and efficiency, Hertha have been nothing less than phenomenal over the past few months, a tribute to the attention to detail and excellent man-management of their Hungarian coach, Pal Dardai.

4. Never pay too much attention to current form
On the basis of ‘Spring Championship’ results, rock bottom Hannover – who had not gleaned a single point in 2016 and had just lost their last eight games – should have been summarily dispatched by visiting rapidly-improving Stuttgart (top of the calendar year league with 13 points from a possible 15). So what an earth-shattering shock it was on
Saturday to see Hannover emerge victorious, their 2-1 win underpinned by a most unlikely brace from central defender and skipper Christian Schulz.

Hannover’s first win under the stewardship of coach Thomas Schaaf – who took over from Michael Frontzeck a few days after Christmas – the Lower Saxons remain dead-last, a huge six points shy of assured safety, but at least it was much-needed sign of life. The flicker of an eyelid. The twitch of a muscle.

“It was vital that we showed our desire to survive in the Bundesliga, ” declared Schulz, who, ironically, almost missed the Stuttgart trip because of a heavy cold. ” At long last we have that winning feeling. We’re still here fighting.”

5. Germany and Köln lose a great one
One of German football’s best forwards of the past half-century, Johannes Löhr has passed away at the age of 73.

A highly-talented left-winger or striker, he was a loyal standard bearer of the Köln club for 14 seasons, piling up 166 top-flight goals and playing a crucial role in the conquest of the Bundesliga title in 1977-78 and three German Cups (1968, 1977 and 1978). He earned 20 full caps for the Nationalmannschaft and later spent a dozen years working for the DFB as Under 21 and Olympic team coach.

Arguably his greatest moment in the game was in the 1970 World Cup quarter-final against England in Leon, setting up Gerd Müller’s extra-time match-winner with brave headed knock-back from the far post.