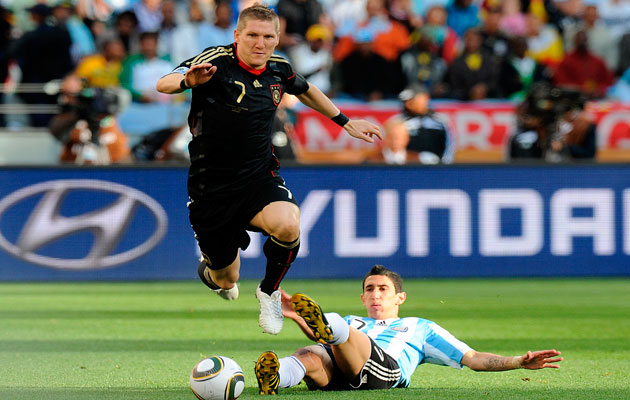 1. Di Maria and Schweinsteiger to swap camps ?
Recent reports of Bayern Munich technical director, Michael Reschke doing the rounds at the Copa America in Chile has led to many in the German media assuming that he is ostensibly there to run the rule over Argentine star Angel Di Maria, who after his disappointing first season at Manchester United, might just be inclined to start anew at the Allianz-Arena.

Working on the premise that ace wide-men, Franck Ribery and Arjen Robben frequently are injured, the Bundesliga champions feel they simply must bring in another wing wizard and for Pep Guardiola et al, the ex-Benfica and Real Madrid man fits the bill.

Bayern’s only reservation is the fee. Even United’s asking price of 50-60 million euros – offering a big discount on the whopping 75 million they paid for Di Maria a year ago – is too rich for the blood of the German champions and the only solution would be a player exchange, with the Bavarians’ outstanding midfield regulator, Bastian Schweinsteiger, included in the deal.

The German national team skipper, with Bayern for 16 years, is a club standard bearer, but in recent months has slipped somewhat down the pecking order, losing his automatic defensive midfield slot to Xabi Alonso and generally having to make do with the role of middle of the park stop-gap.

If reunited with old Bayern mentor Louis van Gaal at United, he’d be back in business as the deep-lying director of operations and that would sorely tempt him. 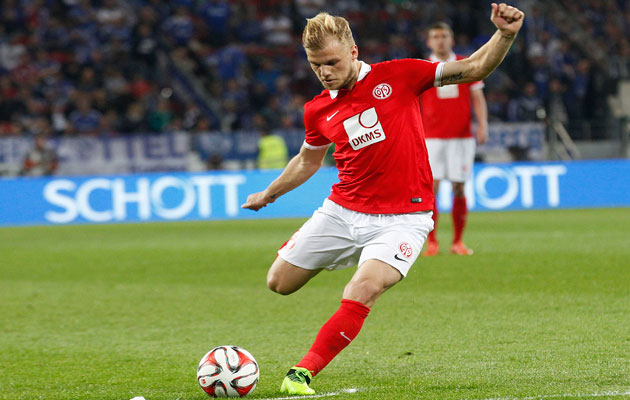 One of the hottest properties in the Bundesliga, Mainz defensive midfielder, Johannes Geis has would-be buyers falling over themselves to secure his services. Both Ruhr flagship clubs, Dortmund and Schalke, are trailing him, as are Borussia Monchengladbach and according to the Italian press, Lazio already have an 8 million euro deal in place to bring him to the Eternal City.

Mainz, though, deny the existence of any such agreement, insisting that he is worth at least double in today’s market.

“What would the Italians want with just one foot,” laughed Mainz general manager, Christian Heidel.

Of all the teams monitoring the German Under 21 international, Dortmund seem the best-placed to follow through. Newly-appointed ‘Schwarz-Gelben’ coach, Thomas Tuchel, used to have Geis under his wing at Mainz and is known to be a huge admirer of the youngster’s many gifts: his long-range passing, set-piece ability, clean tackling and dynamism.

3. Stuttgart steal themselves for an exodus 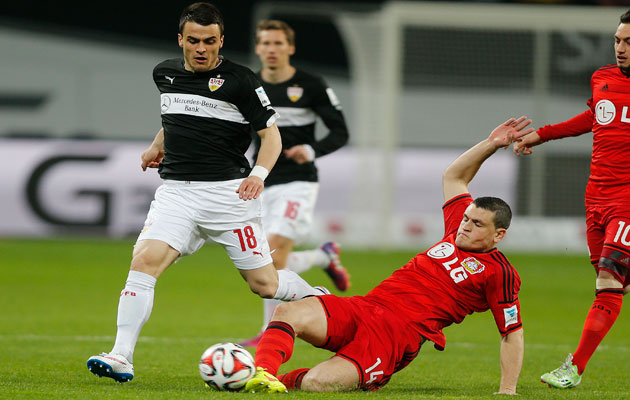 Anyone who thought that Stuttgart had turned the corner by avoiding relegation from the top-flight by the skin of their teeth, probably is having second-thoughts following the revelation that a clutch of their brightest and best young talents are rumoured to feature on the wish-lists of other teams.

Versatile young German international defender, Antonio Rüdiger is thought to be a target for FC Porto, Monaco and London outfit West Ham; Romanian attacking midfielder, Alexandru Maxim is on the radar of Premier League Swansea; while Roma are chasing turbo-charged Serbian Under 21 left-winger, Filip Kostic, who in the latter part of last season was quite sensational. Playmaker, Daniel Didavi also looks likely to leave, heading to the Rhineland to play for Bayer Leverkusen.

4.  Back to France for Aubameyang? 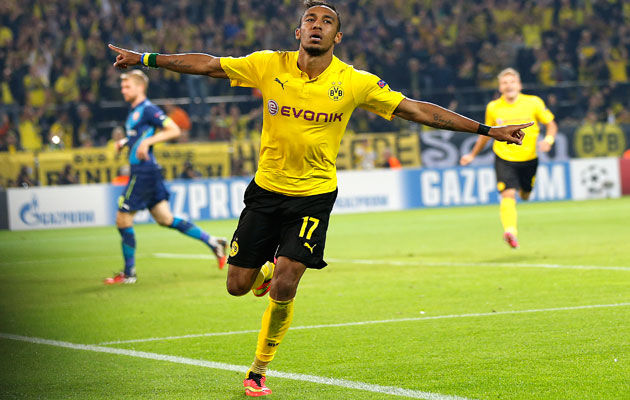 France-Football’s scoop that Ligue 1 champions Paris Saint-Germain have made the acquisition of Dortmund attacker, Pierre-Emerick Aubameyang, one of their top priorities of the summer would have sent a shudder down the spine of the Westfalen club’s general manager, Michael Zorc.

Besides ending up as Dortmund top scorer last season with 16 Bundesliga goals, the pacy Gabon international also comes with the added bonus of being able to play in a variety of front-line positions and should he decide to return to France – where he used to star for Saint-Etienne – he clearly will leave a large hole behind him.

PSG believe a 25 million euro offer will do the trick, but probably will have to dig a little deeper. 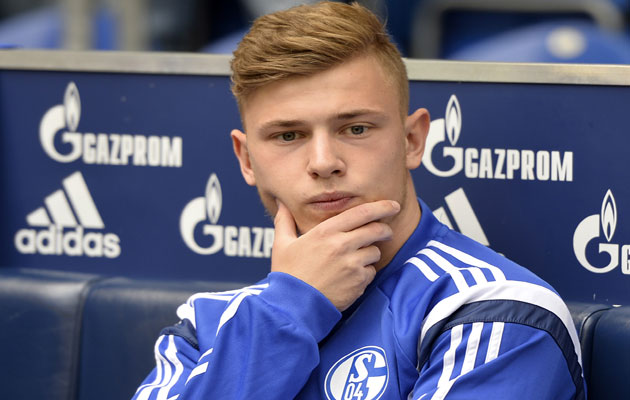 Andre Breitenreiter’s first 24 hours as Schalke’s new coach – handed the job after Augsburg’s Markus Weinzeierl turned it down and an agreement could not be reached with Belgium boss, Marc Wilmots – had both good tidings and bad. Almost at the same same time as Royal Blue skipper and defensive stalwart, Benedikt Höwedes, was announcing his decision not to take up offers of employment in the Premier League and Serie A, rumours began to circulate that attacking midfield starlet, Max Meyer, is contemplating a future in England.

The German Under 21 international, a product of the Gelsenkirchen outfit’s academy, has been linked with the likes Chelsea, Liverpool and Arsenal and has a release clause in his current contact of 25.5 million euros.