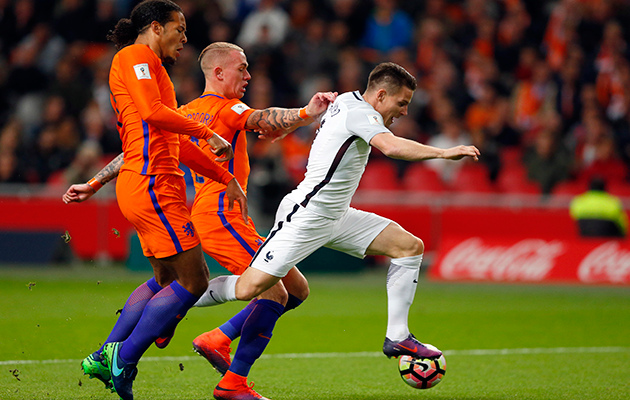 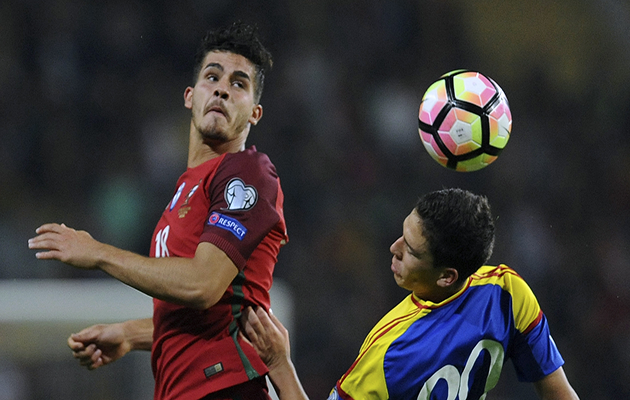 Andre Silva (left) in action for Portugal against Andorra.

The FC Porto striker grabbed a first-half hat-trick as the European champions eased to a 6-0 win away to Faroe Islands.

Kevin Gameiro, France
After failing to make his country’s Euro 2016 squad, Gameiro’s blossoming relationship with new Atletico Madrid team-mate Antoine Griezmann is paying dividends for Les Bleus, with the pair combining well as France survived an early scare to beat Bulgaria 4-1 and then win 1-0 in Holland.

Rick Karsdorp, Holland
The young Feyenoord right-back made his senior Dutch debut in the 4-1 defeat of Belarus and impressed three days later despite the 1-0 home loss to France.

Neymar, Brazil
Brazil’s captain led the 5-0 rout of Bolivia, opening the scoring with his 49th goal for his country, moving him above Zico into fourth in the list of Brazil’s all-time top scorers.

The on-loan Torino keeper pulled off a string of fine saves to save a point for lacklustre England against Slovenia.

Mattia Stefanelli, San Marino
Scored his side’s first away goal in World Cup qualifying for 15 years when he fired home against Norway although the Norwegians ran out 4-1 winners in Oslo.

Dusan Tadic, Serbia
The Southampton midfielder’s return to the national side has coincided with an upturn in Serb fortunes under new coach Slavoljub Muslin. Tadic starred in a 3-2 win over Austria in Belgrade, providing two assists for Aleksandar Mitrovic and then scoring the winner that took Serbia to the top of Group C.

Fatos Beciraj, Montenegro
The Dynamo Moscow striker scored the only goal of the game to beat Denmark 1-0 in Copenhagen and go top of their group.

Marat Bikmaev & Otabek Shukurov, Uzbekistan
Scored the goals in the 2-0 defeat of China that maintained the Uzbeks’ 100 per cent record in Asian qualifying group A. The victory in Tashkent effectively ended China’s chances of reaching Russia and prompted the resignation of China coach Gao Hongbo.

The Hull City striker scored twice as the Leopards thrashed Libya 4-0, a result which led to the sacking of Libya coach Javier Clemente.