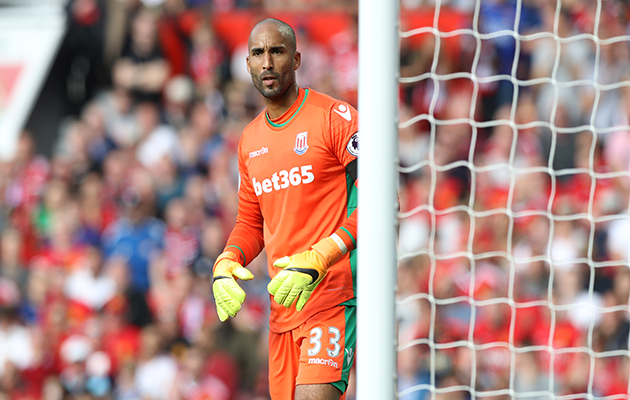 Lee Grant, Stoke City
The 33-year-old keeper, on loan from Derby County as injury cover and playing only the second top-flight game of his career, was outstanding as Stoke drew 1-1 with Man United to claim their first points at Old Trafford since 1980.

Kevin Gameiro, Atletico Madrid
The French striker scored an excellent late goal with a powerful run and left-footed shot as Atletico won 2-0 at Valencia and moved to the top of La Liga, taking advantange of Barcelona’s defeat at Celta and Real Madrid’s draw with Eibar.

Pedro Leon, Eibar
After his pre-match war of words with Real Madrid midfielder Danilo, the midfielder impressed as EIbar took a point from their visit to the Bernabeu.

Daniel Wass, Celta Vigo
The Danish midfielder was one of the stars of Celta’s thrilling 4-3 win over Barcelona, supplying the cross which Jeremy Mathieu turned into his own net Celta’s third goal.

Manuel Locatelli, Milan
The teenager was in tears after the game in which he scored to help Milan to a remarkable recovery against Sassuolo, winning 4-3 despite being 3-1 down with 20 minutes to go.

Javier Hernandez, Bayer Leverkusen
The Mexican striker scored as Leverkusen beat a poor Dortmund side who seemed to be hungover from last week’s Champions League exertions. 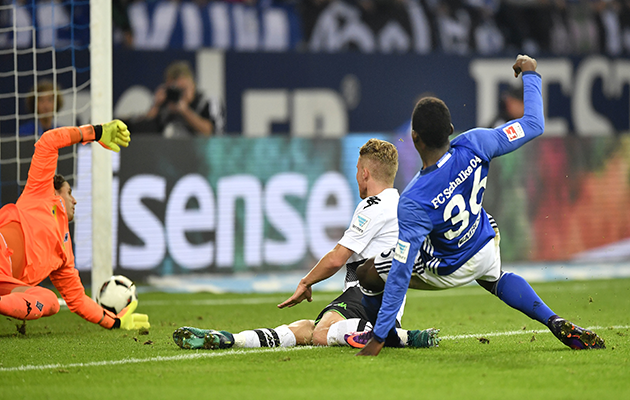 Breel Embolo scores his second goal of the game.

The Swiss youngster scored two of his side’s four second-half goals as they beat Borussia Monchengladbach to claim their first points of the Bundesliga season.

Leon Bailey, Genk
The Jamaican teenager continued his run of form, scoring again for Genk in their 2-1 victory over Mechelen.