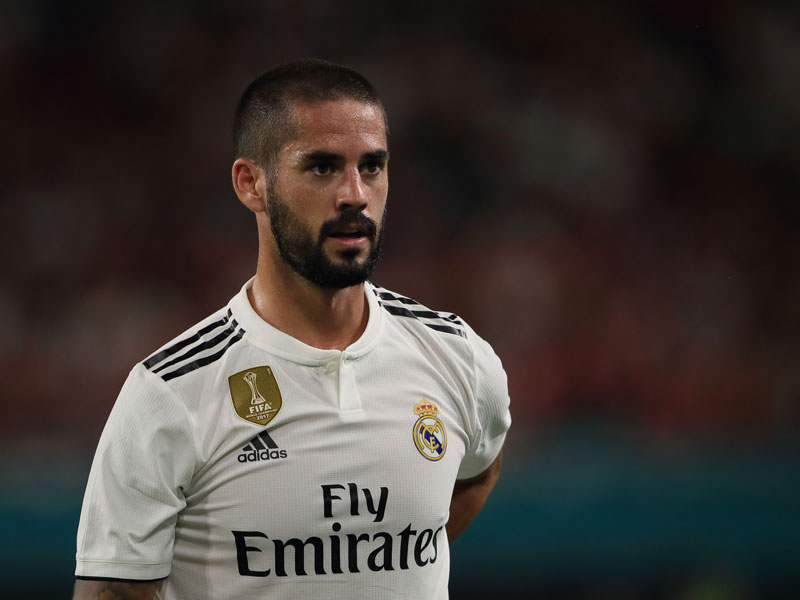 Welcome to our page dedicated to Spanish creative maestro Isco. At times forced to play from the bench for club and country, Isco has become an integral part of both teams with his guild style of play. Have a read of our player profile on the Real Madrid man below.

It was a Thursday morning in February and the headline was shocking. Splashed across the front of one of Madrid’s two sports dailies were huge yellow letters spelling out a stark and simple message in capitals: “ZIDANE WANTS TO SELL ISCO.”

All across Spain, it was easy to imagine people picking up their paper and thinking: “You what? Isco? Now?”

One man who might not have been quite so surprised was Francisco Roman Alarcon Suarez himself. “When you get it right, you’re God,” said Isco two months previously. “But when you fail four or five passes, they want to get you out.”

He always knew that something like this could come and he knew that it had been close before. He knows that things change quickly in football. But, still…

At first glance, the news was hard to believe – and not just because the TV show that broke the story doesn’t exactly have the best reputation. The story was quickly rubbished by then Real Madrid boss Zinedine Zidane but the programme is very close to club president Florentino Perez and often does his bidding for him.

Isco has always been talented. He’s always had that walk, too: legs bent inwards, backside hanging beneath his body. “I’ve got twisted feet,” he has admitted. One of the scouts that first signed him describes him as “culón” – in other words, he has a big arse. 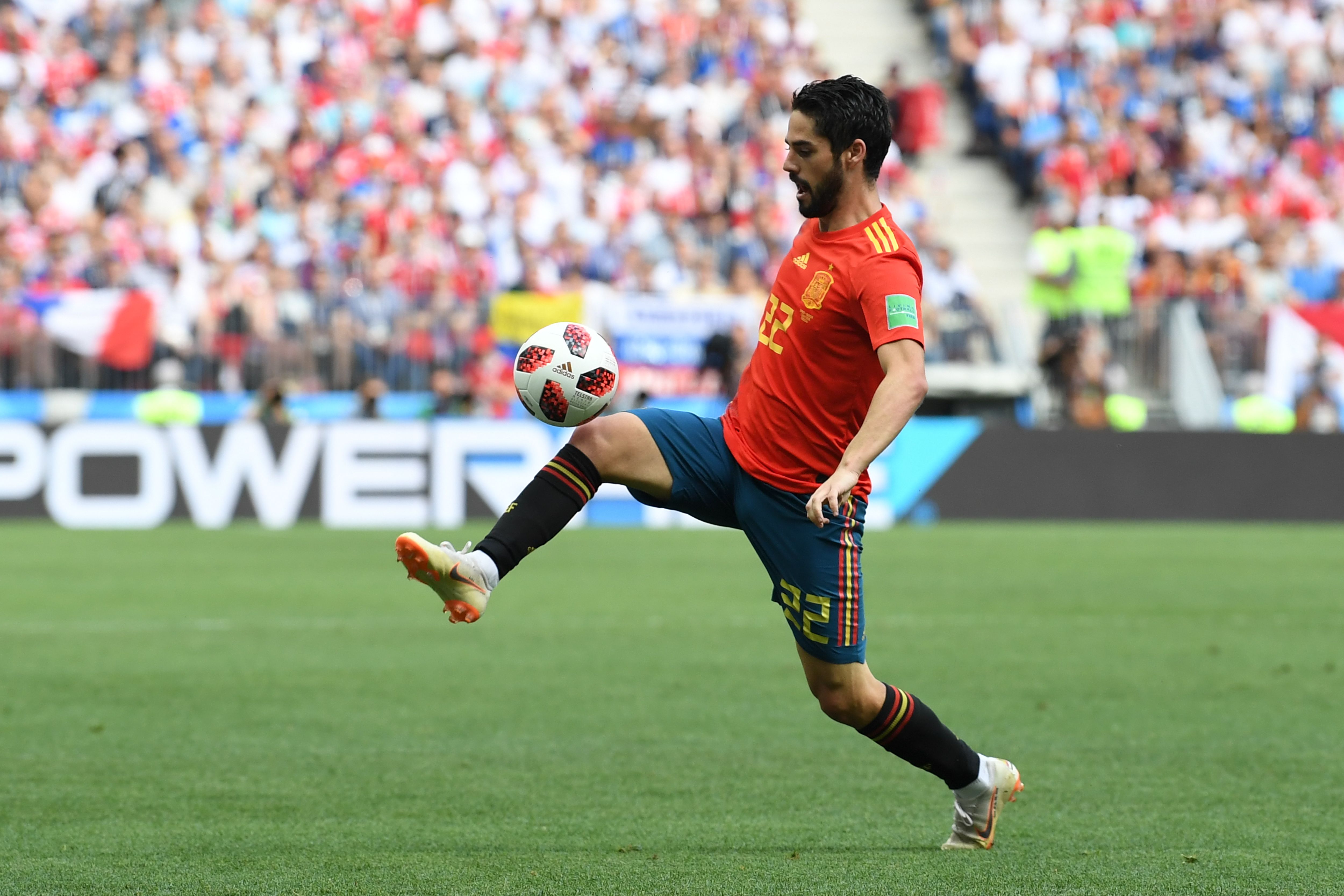 Isco playing for Spain at the World Cup (Getty Images)

When he was a kid he took a ball everywhere with him and claimed that his football came from the streets – not so different as a professional as it had been when he was little. “What I want is the ball,” he says – which was sometimes a problem as his coaches often wanted him to be more serious, more dedicated, more practical. But while that may still be the case at times, there is no doubting that talent.

“He’s capable of doing things that very few people can do,” says Zidane – and if anyone knows a thing or two about rare talent it is him. Zidane was once asked if he saw himself in Isco. Maybe he had to say this, but he said “yes”. Carlo Ancelotti had said much the same thing, insisting that, one day, Isco could be “very close” to Zidane.

The question was always, when would that day arrive and would he be given the opportunity to prove that he could emulate the Frenchman?

His team-mates have always thought he could and in the Real Madrid dressing room his nickname is “Magia”. Let’s face it, you’ve got to be pretty bloody good for that in a dressing room containing Cristiano Ronaldo, Gareth Bale, Karim Benzema, Luka Modric and suchlike.

Real full-back Dani Carvajal describes him as “pure fantasy”, and in a time of athleticism there is something more aesthetic about Isco. Slower, sure, but a little bit special.

When he was young he played for Atletico Benamiel on gravel pitches not far from Malaga, where a childhood team-mate insists: “He was always capable of doing magic. It didn’t matter if it was on the pitch or walking back home from school, there was always a ball at his feet.

“Ever since we were kids we used to say to ourselves: ‘If he doesn’t make it, we’ll never know anyone who does’. You could see he was special. The funny thing was, at the time there were scouts constantly watching him but no one used to call him. People used to say because of the bandy legs, or he’s too slow.”

Not all of them, however, were so swift to dismiss him. Valencia came for Isco and then, at 19, Malaga. Valencia had not always been sure – he didn’t fit the aggressive approach they wanted and they feared that the fantasy was offered up in lieu of fitness. Malaga, meanwhile, was an attractive option: not only were they his home-town team, they were also building a side to challenge Real Madrid and Barcelona. The coach, Manuel Pellegrini, was enamoured of him and later did all he could to take Isco to Manchester City with him.

That Malaga side didn’t last for long – the team was soon torn down, the assets stripped and sold off – but they did reach the Champions League semi-finals. Playing with freedom just behind the centre-forward, Isco was superb as Malaga played with possession and patience, accumulating men inside before giving him the ball to feet.
That summer there were options. Isco was a Barcelona fan as a kid and has a labrador called Messi, but when Real Madrid came for him his mind was made up – even if there was a nagging doubt that Pellegrini tried to play upon: just how much would he play?

The answer, eventually, was “always”. Well, for a while, at least – and certainly when Madrid were at their very best, achieving something that even the most decorated club in world football had not achieved for 59 years in winning La Liga and the Champions Cup. 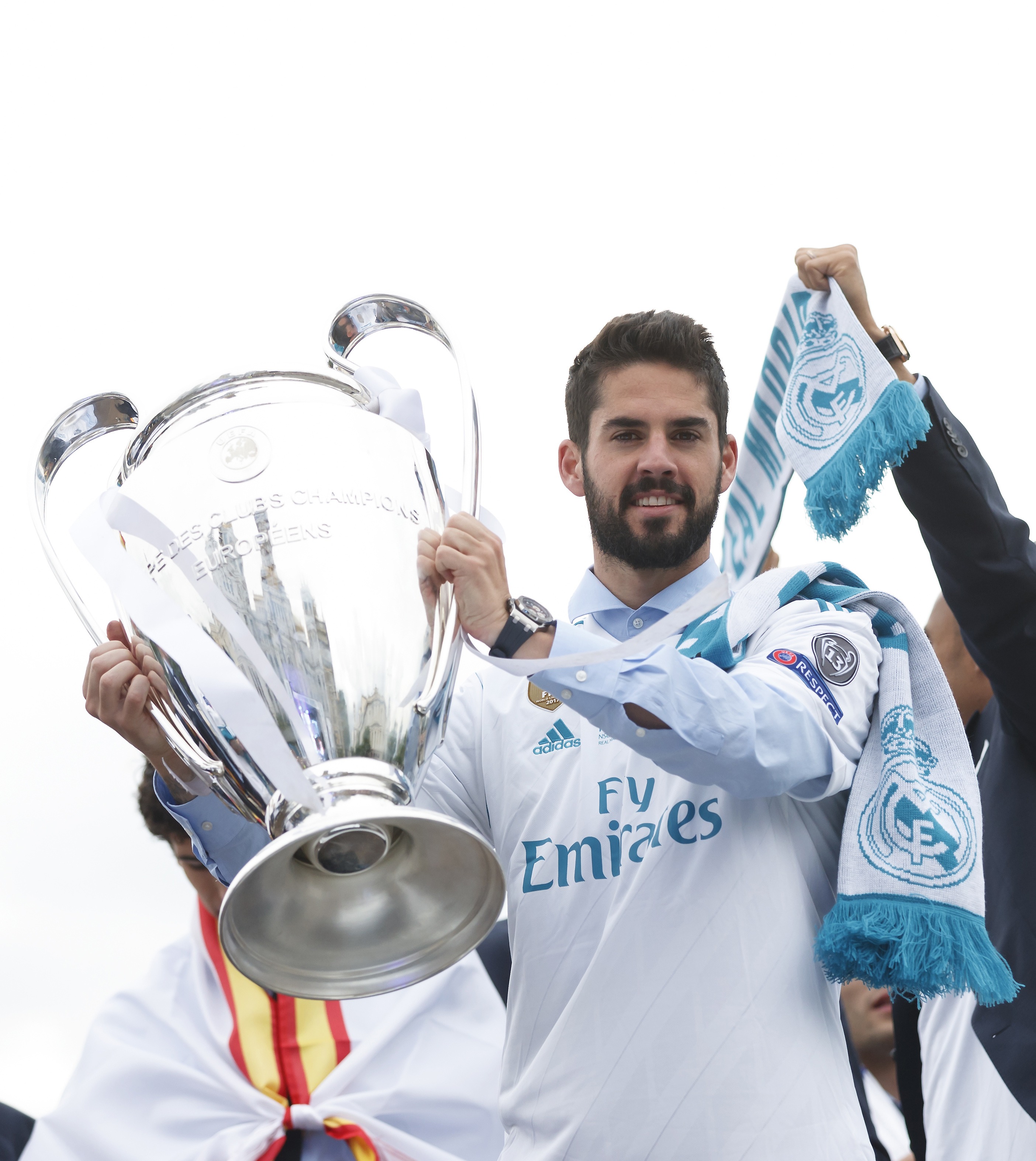 But it took a very, very long time for that moment to arrive. And then not very long for it to go way again. On one level, that was natural enough; after all, the competition for places at Madrid is fierce as the squad contains the very best in the world. And when you had Bale, Benzema and Ronaldo to fit into a side, a enforced preference for 4-3-3 means that Isco’s preferred position as a kind of no10 doesn’t even exist.

Then there were the doubts about his own performances. While most would not agree with the former Madrid player Ivan Helguera – who claimed last year that Isco doesn’t provide assists, doesn’t win the ball and doesn’t give as much as he could, complaining that with one trick he has the fans eating out of his hand – they might have conceded that there was something in the question, “what do his moves end up as?” Asked about Isco recently, Xavi replied with a question of his own: “How many tricks and flicks does Messi do?”

However despite this occasional criticism, Isco has become one of the first names down on the team-sheet at Madrid during the 2018 season so far and his increased effort has shown at domestic and international level. This has not affected his creativity either.

The national team confirmed that, with former coach Julen Lopetegui stating: “His effort is clearer each day. He’s no longer that kid that stands watching during games. His body and mind have changed bit by bit.” Against Italy, at the Bernabeu, he ran the game and scored twice. Facing Costa Rica in Malaga, his home town, the stadium chanted: “Isco! Isco! Isco!” As one paper put it: “When Isco starts to play, football enters into a dimension where most of us mere mortals start drooling.”

It is clear, at 26, Isco has reached the peak of his powers and now Cristiano Ronaldo has left for Juventus, the mantle for the best player on Madrid’s team is there for the taking. Isco is surely in the conversation there, but reaching the top is one thing; staying there quite another, especially at Madrid.