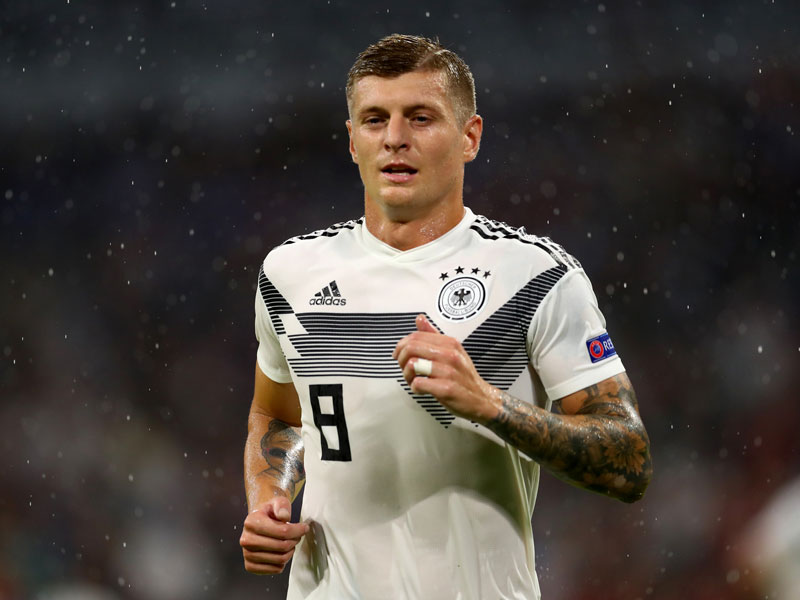 Welcome to our page dedicated to Germany and Real Madrid midfielder, Toni Kroos. He has had success everywhere he has gone in football and yet he will be looking to put the disastrous 2018 World Cup behind him this year in the UEFA Nations League with the national side. With Real Madrid he will also be looking to collect another Champions League crown.

He may not be the most flamboyant of individuals, nor is he a prolific marksman. But as a director of operations, Toni Kroos is indisputably pure gold.

Only the very best can hope to sit in the midfield driving seat at Real Madrid and the unassuming German certainly fits the bill alongside Luka Modric. Never ruffled, he is always in total technical control and remains as reliable as a Swiss watch in his precision passing, tempo-setting and set-piece delivery.

A player to co-ordinate, compliment and simplify, he combines skill, poise and vision with a tremendous work ethic. A coach’s dream, it speaks volumes that no one in the game ever seems to have a bad word to say about him – especially those who have had the pleasure of deploying his talents. 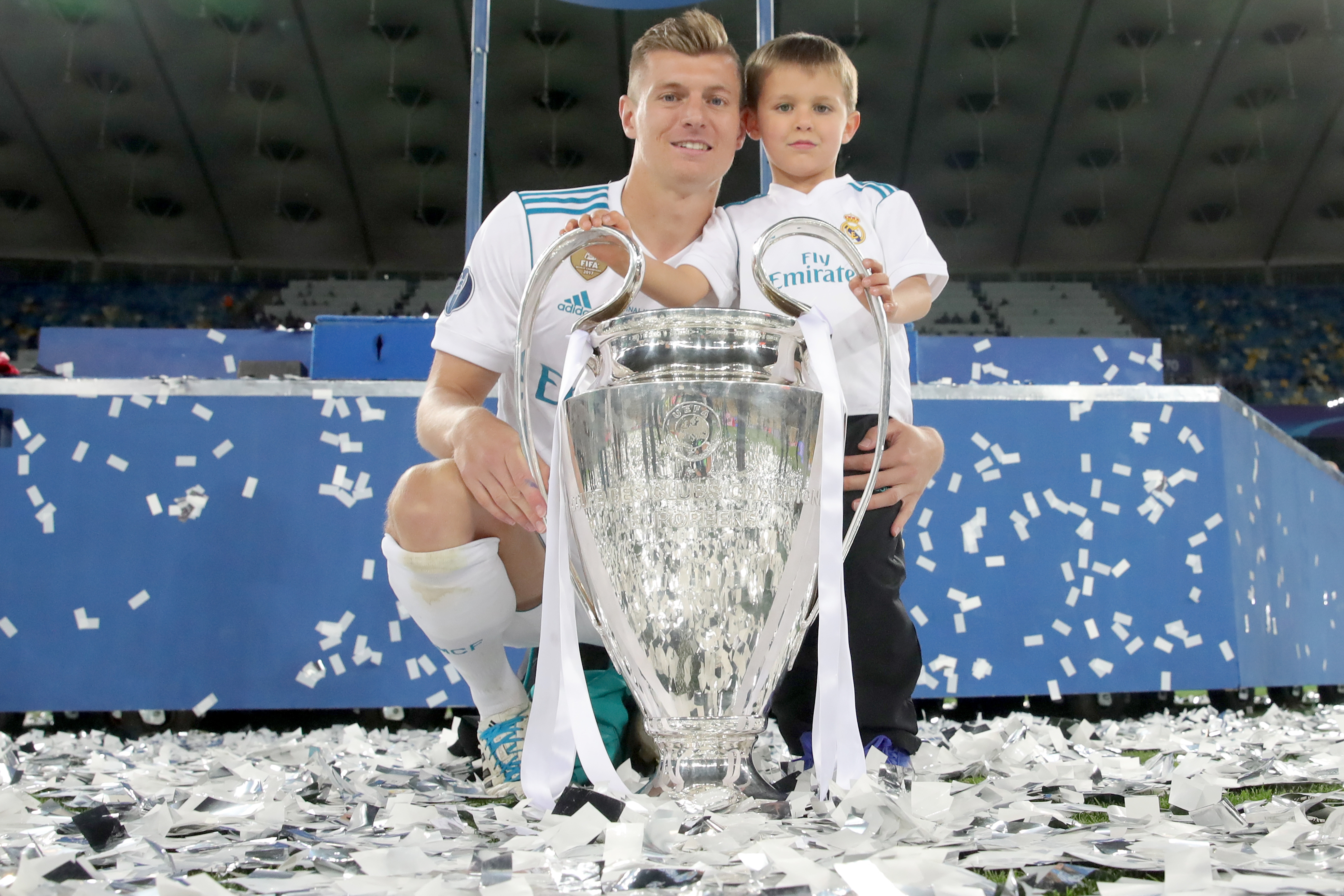 His first coach in Madrid, Carlo Ancelotti, paid tribute to his authority and playmaking class by dubbing him “The Professor”, while Jupp Heynckes, who was his boss at both Bayer Leverkusen and Bayern Munich, unhesitatingly places him among the top three midfielders in the world.

German Bundestrainer Joachim Low is also a fan and says: “His consistency at the top level is remarkable. Week after week, game after game, he performs to the highest standard in La Liga, the Champions League and for our national team.

“You can always rely on him to intelligently link the play. He puts his stamp on the game: calmly, confidently and staying true to his unbelievable football and strategic qualities.”

Current Madrid boss Zinedine Zidane is also a huge fan. “Kroos likes to arrive late in the box and we spoke about it recently,” he says. “He has the capacity to run more both defensively and attacking. He has brilliant feet and can score from those kind of positions with his powerful shot”

And Kroos is quick to give credit, admitting: “With Zidane I’m in a situation where I can raise again my level. I can play better. And that is largely to his credit. The coach knows I can play deep in midfield or in a box-to-box role and a little more advanced.”

Kroos may have been a World Cup winner in 2014, as well as a Champions League victor with both Bayern and Real, but his career has not been all garlands and trophies.

In his early days at Bayern – who he joined at the age of 16 – there were many at the club who thought he was not mentally strong enough to make the grade. One of those was then-coach Jurgen Klinsmann who, not convinced by Kroos, was happy to let the youngster go out on loan to Leverkusen in 2009. But after blossoming into a fine schemer in the Rhineland, he would become an automatic starter on returning to Bayern 18 months later. 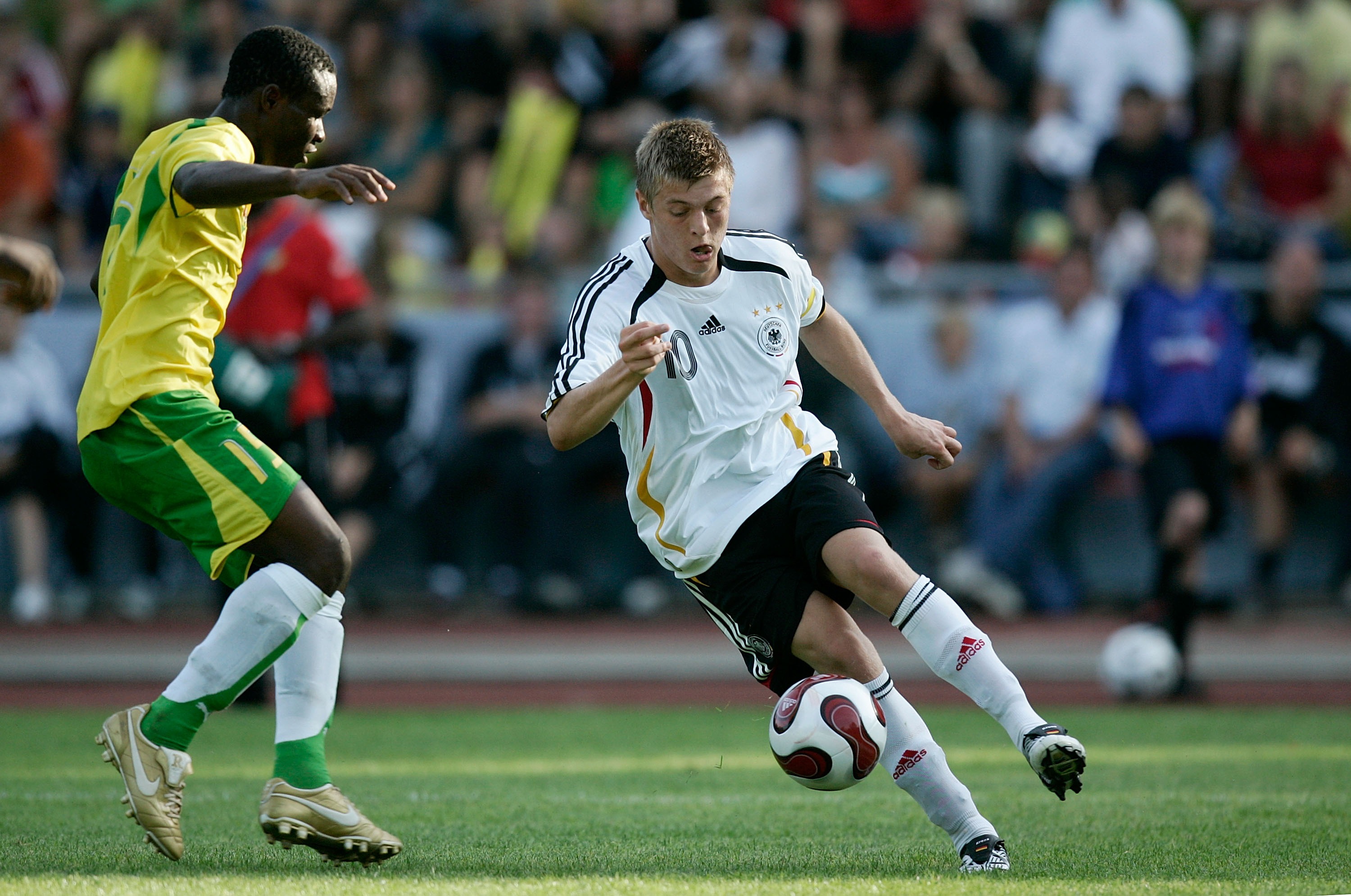 Yet, despite picking up plenty of honours at the Allianz Arena, there was perhaps a feeling at the back of Kroos’ mind that he would always be unappreciated by Bayern’s powers-that-be. Denied wage parity with the club’s big-hitters, he refused a new deal, and in the summer of 2014 he was sold to Real for a bargain €25million.

Kroos agreed a new long-term contract at Madrid in 2016 but that has not stopped talk that he will be Manchester United’s prime transfer target. With Michael Carrick gone, Jose Mourinho is keen to reinforce his midfield options and the addition of Kroos would also allow Paul Pogba to play further forward.

It has long been a source of regret for Bayern that they allowed such an inspirational player to leave the club. Will Real Madrid regret the same decision?