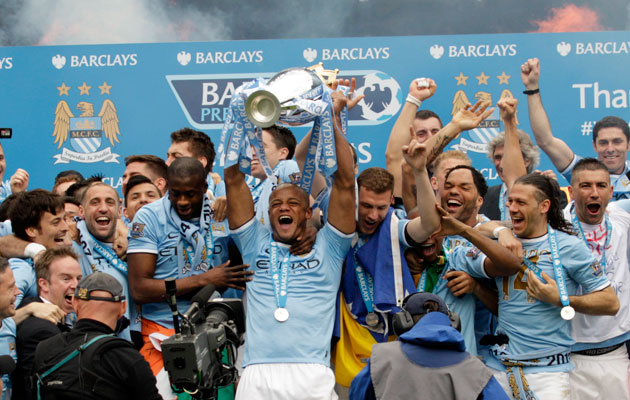 The summer friendlies in the USA – where 109,000 watched Manchester United play Liverpool
in an exhibition game in Michigan – demonstrated the financial power and global reach of the Premier League. It also allowed the Premier League, via its TV mouthpiece Sky Sports, to give itself a pat on the back as the self-proclaimed “best league in the world”.

Yet if the World Cup is an accurate barometer of global football talent, the stars went elsewhere this summer. Alexis Sanchez, a £35million signing by Arsenal, was the only World Cup star to land on these shores. There were other big names – deals to take Diego Costa and Cesc Fabregas to Chelsea were done early in the window – but the overall balance was marginal.

Luis Suarez, lest we forget, last year’s runaway choice as player of the season, left Liverpool for Barcelona. Chelsea somehow managed to persuade Paris Saint-Germain to pay £50m for David Luiz, while Real Madrid won the battle for the likes of James Rodriguez and Toni Kroos.

So, instead of making a beeline for global stars, Premier League clubs have paid a premium for English talent.

United paid Southampton an initial £27m for Luke Shaw, the teenage left-back who made his England debut earlier this year.

The deal, which included a reported £130,000 a week in wages, made Shaw the world’s most expensive teenager but attracted criticism from Chelsea manager Jose Mourinho, who complained: “If we pay to a 19-year-old boy what we were being asked for, to sign Luke Shaw, we are dead.

“We would have killed our stability with financial fair play and killed the stability in our dressing room.”

Down the M65, Liverpool paid Southampton £25m for Adam Lallana. Even though fee was pushed up in part by Bournemouth’s entitlement to a quarter of the proceeds, it still represents a remarkable surcharge for buying English players.

Similarly, Arsenal, having previously done business with Southampton for Theo Walcott
and Alex Oxlade-Chamberlain, paid £16m for teenage defender Calum Chambers, who made
just 23 first-team appearances for the Saints.

Further down the food chain, relegated Fulham paid £11m for Ross McCormack of Leeds United. McCormack scored 29 goals in last season’s Championship, and may be just what the doctor ordered to propel Fulham back to the Premier League, but the fee dwarfs anything else paid by other teams in the second tier.

Southampton’s sale of almost £100m of players – including Rickie Lambert and Dejan Lovren
to Liverpool – was either good business or asset-stripping, depending on how you view the Swiss owners’ long-term intentions. The Liebherr family insist they have no intention of selling the club, but back in January they made a point of insisting there were no plans to sell any players.

The club have also said they will not sell French international Morgan Schneiderlin, despite the player’s anger at being a refused a move to Tottenham Hotspur and a reunion with his former boss at Southampton, Mauricio Pochettino. That Schneiderlin was so keen to leave a club that finished eighth last season for a club two places above them indicates the gulf that now exists between the top six clubs and the rest.

Tottenham and Manchester United have genuine ambitions to return to the top four, although Spurs chairman Daniel Levy would be wise to stick with a manager for more than six months in order to achieve the stability required for a genuine challenge.

United can afford to allow Van Gaal some leeway. A new £750m kit deal with adidas represents
a world-record milestone in commercial deals and will allow United to attract world-class players irrespective of whether they are competing in the Champions League or not.

Of last season’s top four, only Arsenal made a significant dent in their transfer budget, with no departures to compensate for the purchases of Sanchez, Chambers, Chile goalkeeper David Ospina and French full-back Mathieu Debuchy.

Champions Manchester City’s only major deal has been the £12m acquisition of Brazilian Fernando from Porto. Liverpool’s spending was underwritten by the sale of Suarez, while Chelsea’s deals were paid for by the fees received for Luiz and Romelu Lukaku, who brought in £28m from Everton.

Mourinho had the option to bring Lukaku back to Stamford Bridge after last season’s loan to Everton, but felt the offer was too good to turn down. Instead, he welcomed back Didier Drogba,
two years after his penalty won the Champions League Final in Munich.

Chelsea continue to have a string of highly rated young players on loan at clubs throughout Europe, although few are likely to make it back to the Chelsea first team under arch-pragmatist Mourinho. One exception is keeper Thibaut Courtois, who was outstanding for Atletico Madrid last season and has been recalled to London. His tussle with incumbent Petr Cech for top spot could be one of the storylines of the season.

While Chelsea continue to push the boundaries of the loan system, a delicious irony has seen Manchester City sign former Chelsea midfielder Frank Lampard on a temporary loan until he joins MLS club New York City later in the season. Lampard was one of the victims of Mourinho’s second-season clear-out, along with Ashley Cole. Chelsea look far stronger
than last season, not least in the attacking third, and will be expected to challenge City all the way.

While last season’s title race looked wide open, this year’s campaign looks more likely to be focused on the top two. Suarez-less Liverpool may find themselves distracted by the Champions League, while United are in transition under Van Gaal. The main question is whether Arsenal have the strength in depth to challenge them over the course of the season.