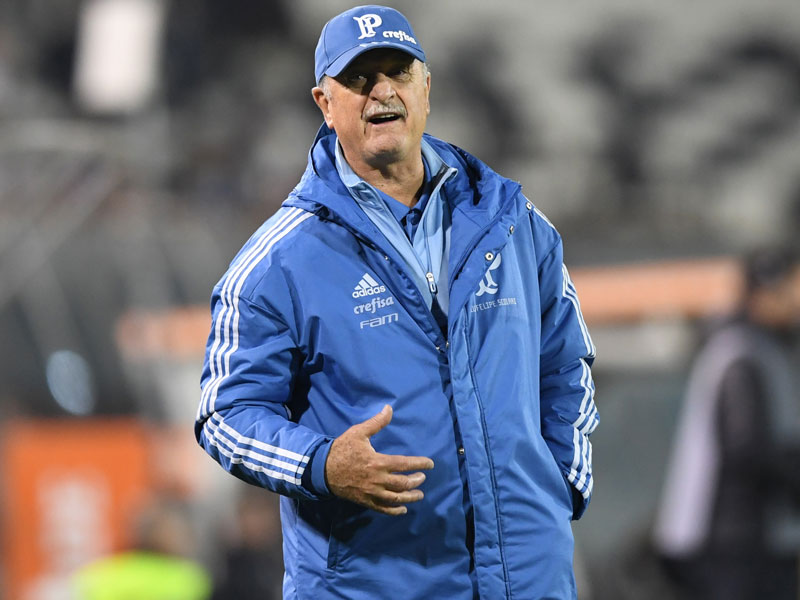 Luiz Felipe Scolari is 70 next month. It is an age when you can imagine him with his feet up drinking a glass of wine, reflecting on his World Cup win of 2002, his 1995 and 99 triumphs in the Copa Libertadores, his time in charge of the Portugal national team, and so on.

He may well be doing those things – were it not for that disastrous 2014 World Cup, when on home soil Brazil’s campaign ended with that staggering 7-1 defeat to Germany.  Returning for a second spell in the Brazil job was to have been the crowning glory of a career. Instead it ended in historic, barely credible humiliation.

Those close to Scolari were genuinely concerned for him in the wake of the 2014 debacle. Normally so buoyant, he cut a sad and sorry figure, a one time Big Phil who seemed to have permanently cut down to size.

It was probably a mistake, straight after the World Cup, to go back to Gremio, the club where he made his name in the 1990s. It was too soon. And when he stepped down ten months later, many in Brazil thought they had seen the last of him at a big local club.

The last two months, then, form part of the redemption of Luiz Felipe Scolari. When he took command of Palmeiras at the end of July, there was widespread criticism.  True, in his time with Guangzhou Evergrande he won the Chinese title and the Asian Champions League. But in late July 2018, he was seen as a has-been by many in Brazil, who thought that Palmeiras were taking a backward step appointing an obvious yesterday’s man.

On Sunday Palmeiras went top of the Brazilian league table. They have taken 20 points from the last possible 24, and with 11 rounds to go, momentum behind them and rivals faltering, they are favourites to take the title. True, they narrowly failed to reach the final of the domestic cup. But, 2-0 up from the away leg against Chile’s Colo Colo, they have a foot and a half in the semi finals of the Copa Libertadores. Something will have to go badly wrong in Wednesday’s second leg to stop Palmeiras reaching the last four.  The dream is alive of a second continental title – 19 years after Scolari led them to their previous Libertadores win.

Why, then, is a controversial appointment proving so successful? Perhaps because the challenge has played to his strengths.

Over the course of his career, Scolari has stood out as a group former, a charismatic father figure, both blunt speaking and sentimental, who is proficient at establishing a positive atmosphere. His 2002 World Cup winning squad were dubbed ‘the Scolari family.’

Palmeiras have become a wealthy club. They have a sponsor with deep pockets, and are getting a good return on their new stadium, by general consensus the best of Brazil’s new grounds. They have assembled a squad of admirable depth; Lucas Lima, who was wearing Brazil’s number 10 shirt in 2016, is usually a substitute.

The raw material was present, then, for Scolari to work his tricks – to define his starting eleven while keeping the others involved and feeling important. A diehard pragmatist, Scolari concentrated quickly on conceding fewer goals. The football is frequently not pretty – some might feel that a squad of such depth might be capable of something more expansive – but while the results are good, there are few complaints.

And now comes the business end of the season, with the chance of winning the league, the Libertadores and, especially with Real Madrid in a transitionary stage, the Club World Cup. Lifting that prize would complete the redemption of Luiz Felipe Scolari. It might even mean that, from a position of strength, he can give us the full inside track on where it all went so wrong in 2014.