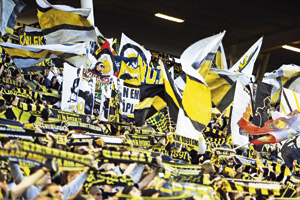 Stockholm has staged a World Cup Final, is the regular venue for Swedish national team home games and occasionally stages European club finals, yet it is not a traditional football hub. Ice-hockey, or the local outdoor version, bandy, was always the bigger sport here, and it is only in the past decade that the city has flexed its muscles when it comes to winning the football league title.
After the war, Norrkoping and then Gothenburg were the power bases for the domestic game, with Stockholm clubs nipping in only occasionally to take the championship. But the decline of IFK Gothenburg has allowed Stockholm’s big three – AIK, Djurgardens and Hammarby – to claim five titles between them in the past nine years.
The most surprising and, for football romantics, the most heartening was Hammarby’s triumph in 2001, after a century of failure. Yet there is passion for football in the Swedish capital, stoked by the rivalry between the city’s main sides. These days, the three top the national attendance charts, with healthy home averages of between 15,000 and 20,000. Indeed, demand for tickets for derby games is such that they are now invariably held at Stockholm’s 35,000-capacity Rasunda national stadium, which is also the home ground of AIK, the club with the biggest fan base.
AIK have their roots in the northern suburb of Solna, where the Rasunda stands, having relocated there in 1937. The club were founded as an all-sports organisation in the 1890s and enjoy royal patronage – a crown sits above their badge.
They were an amateur side for most of the 20th century and then came to prominence in the 1980s for the wrong reasons – when their Black Army fans were involved in a series of hooligan incidents. However, AIK developed a more professional approach in the 1990s with future UEFA president Lennart Johansson at the helm, picking up a couple of domestic trophies and making an appearance in the Champions League along the way. Johansson is still their honorary chairman.
AIK’s arch-rivals, Djurgardens, are based at the quaint old Stockholms stadium, built for the 1912 Olympics. Their fans are drawn mainly from the city’s eastern districts. The Blue Saints have had much the better of things than AIK in recent years, with three league titles since 2002. They also came off best in the first league meeting of the sides this season, in May. Two goals in two minutes by Finnish international Daniel Sjolund helped secure a 3-1 win.
Although the two clubs are once again trailing in the wake of defending champions Elfsborg this season, their century-old derby is the season’s classic fixture. AIK and Djurgardens clash again on September 24.
People’s team
Hammarby are the people’s team. They are based in the working-class southern neighbourhood of Sodermalm, though this is rapidly becoming gentrified. Hammarby are known as “Bajen”, a corruption of the word for village.
The humble club were in such financial straits in 1950 that they had to sell star player Nacka Skoglund to AIK. But Skoglund, who went on to make a name for himself in Serie A, returned to his spiritual home in 1964. 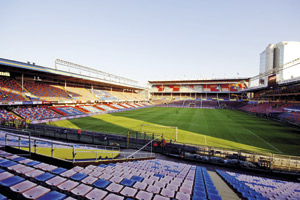 The Rasunda (Solnavagen 51; +46 8 735 0935) is Sweden’s national stadium and the venue for nearly all Stockholm derbies. Built in 1937, it staged the 1958 World Cup Final and now has a capacity of about 35,000. It’s set in Solna, near T-bana stop Solna Centrum on the blue line.
Rasunda is the home ground of AIK, whose Black Army fans occupy the north terrace, Norra Sta, blocks 210-215. Blocks 430-435 are behind the south goal. The best seats are in Ostra Laktaren, blocks 101-107, accessed from Solnavagen.
Djurgardens play most of their home matches at the Stockholms stadium (Lidingovagen 1, Hjorthagen; +46 8 5082 8362). The arena is often referred to simply as “Stadion”, which is also the name of its T-bana stop on the red line. The capacity is only 14,000. Home fans occupy blocks M-N and L, by Valhallavagen, on the side opposite the famous clock tower.
Hammarby’s home is the Soderstadion beside the Globe Arena, by the Globen stop on the T-bana green line. Home fans congregate in blocks J and K in the north section.
Tickets for all club and international matches in Stockholm can be found here. 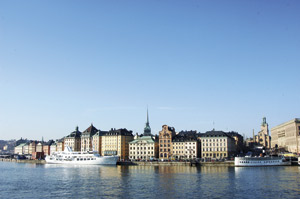