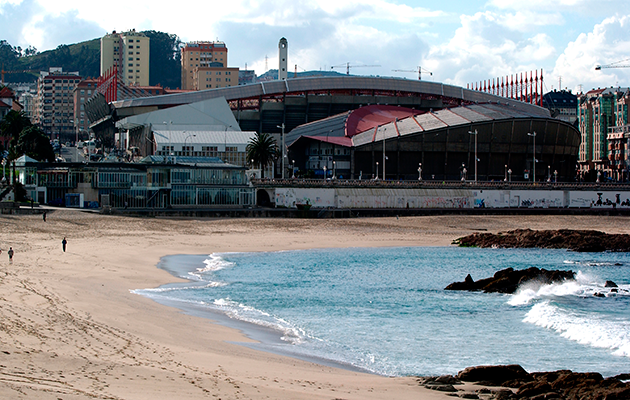 La Coruna is one of 200 soccer cities featured in Libero, the digital travel guide for football fans. Regularly refreshed with new destinations and travelogues, Libero is a one-click treasure trove of football trip tips, tales and trivia. See www.liberoguide.com/la-coruna/.

The Galician port of La Coruna is revered for its football club, Deportivo. Swashbuckling ‘Super Depor’ were known for challenging the big names in the Spanish game, coming agonisingly close to the title before winning it in 2000.

Defeat in the Champions League semi-final of 2004 seemed to close the chapter on their great adventure. Depor slipped down the table, eventually to the Segunda. Twice relegated, Depor bounced back straight away both times, most recently in 2013-14.

Depor’s golden years were also Galicia’s. Representing this remote, windswept north-west corner of Spain, Celta Vigo made the Champions League and even little Santiago de Compostela had four seasons in the top flight. Depor’s solitary title win, however, has also been Galicia’s.

Both La Coruna and Vigo hosted group games for the 1982 World Cup – although Peru, Poland and Cameroon hardly proved a big draw at Depor’s Riazor. Completely rebuilt with four new stands for the tournament, the Riazor was further modernised during the glory years of the 1990s. 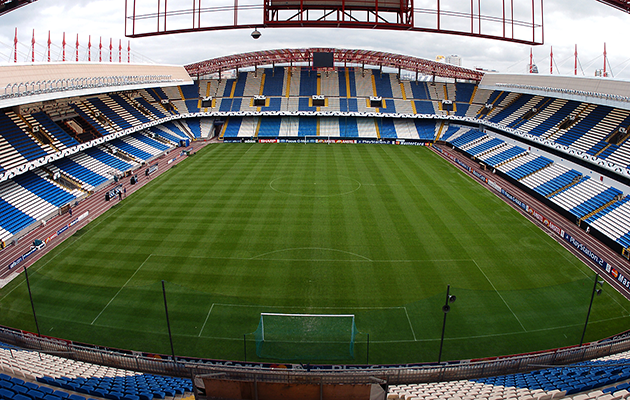 The club hasn’t forgotten the past, though, retaining the Marathon tower and giving prominence to a statue of goalkeeper Juan Acuna, both of the Franco era.

Given the region’s remote location and ties to the sea, it seems inevitable that football was brought here from overseas, long before it came to Madrid. British sailors docking at Vilagarcia de Arousa in 1873 broke out a football and started a game in the main square.

In La Coruna, it was a young student, Jose Maria Abalo, who brought the game over from England where he had been studying. Several teams were formed, including Deportivo, who soon moved out to Riazor beach, striking up a fierce rivalry with Celta Vigo.

Depor have always been based at Riazor beach, although a proper stadium wasn’t built here until 1944, over the road from the basic original pitch.

Of sufficient standard that it hosted a Spanish Cup final three years afterwards, the Riazor was a simple open bowl of 30,000-plus capacity. 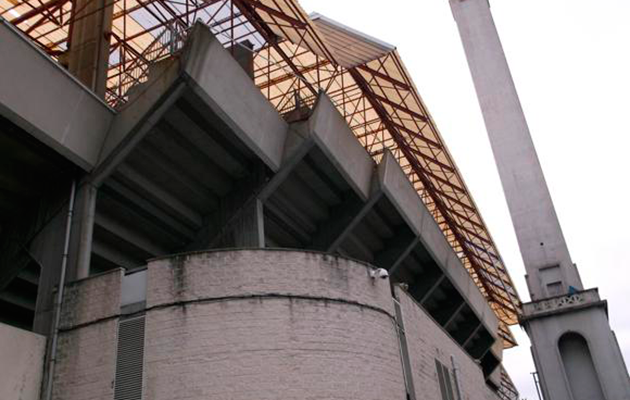 In 1940 Depor missed out on promotion thanks to a play-off defeat to… Vigo, who saved themselves from relegation. But the following year saw La Coruna in the top flight for the first time. Producing and selling local talent of the calibre of Luis Suarez and Amaro Amancio, later stars for Barcelona and Real Madrid, Depor were always a tricky if inconsistent proposition – though it was another forward from the 1950s, locally born Arsenio Iglesias, who would prove the most influential figure. As coach, he would establish the Super Depor side in the 1990s, and bring the local game to a whole new level.

Though Depor haven’t finished in the top six since the fateful season of 2003-04, the town remains an alluring football hub, its stadium overlooking a half-moon of beach, its busy centre full of match-focused bars and restaurants and many of its hotels charmingly old-school. 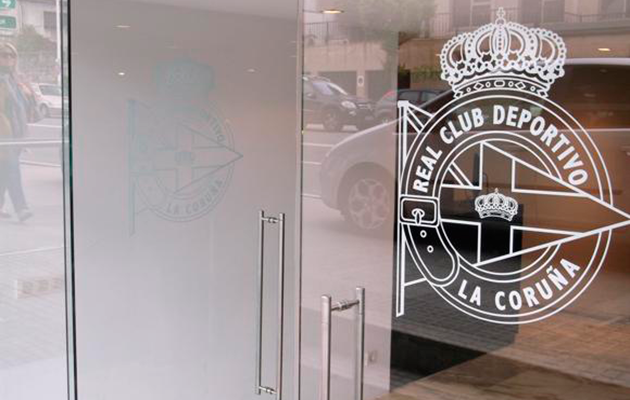 Set in two tiers, the stadium comprises the Fondo Pabellon end nearest the sea, and the Fondo Marathon end under the tower, as well as the Tribuna Delantera on Calle Manuel Murguia and the Preferencia with VIP seats on Avenida de la Habana. Away fans are generally few and far between in this far corner of Galicia, a corner of the Pabellon and the Preferencia, sector 20 usually allocated. Current capacity is 34,600. 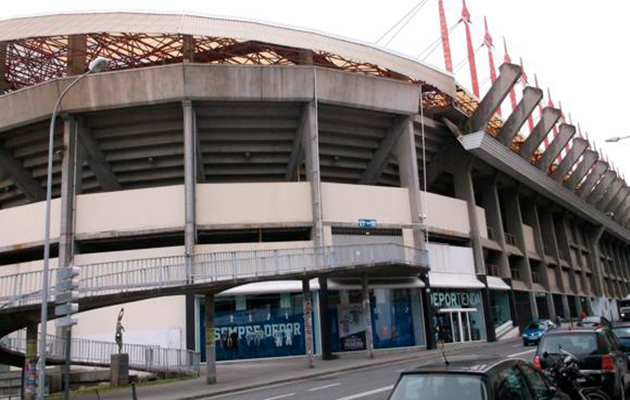 Bus stops line Calle Manuel Murguia by the stadium, serving routes No.3A, 4 and 7 from Plaza de Espana in town, as well as No.1 from focal Plaza de Maria Pita. Journey time is 15-20min.

There’s no direct service from the train station – the No.14 from nearby Sardineira runs to Ronda Outeiro, 304, an 8-10min walk up to the roundabout and right down Calle Manuel Murguia.

If you’re in town, it’s a pleasant stroll along the seafront to Riazor, perhaps 20-25min from the city centre.

Tickets are distributed in advance at the main office (Mon-Fri 10am-2pm, 4-7pm) between gates 15 and 16 on Avenida de la Habana, or on the day at the ticket windows at the Palacio de Deportes facing the sea. There are no online sales for non-members.

Prices are set around €40-50 in the Fondo Marathon or Pabellon, rising to €50-60 in the Preferencia and €80-plus in the Tribuna Superior on Manuel Murguia. Prices rise around 20% for the visits of Real Madrid, Barca and Celta Vigo. 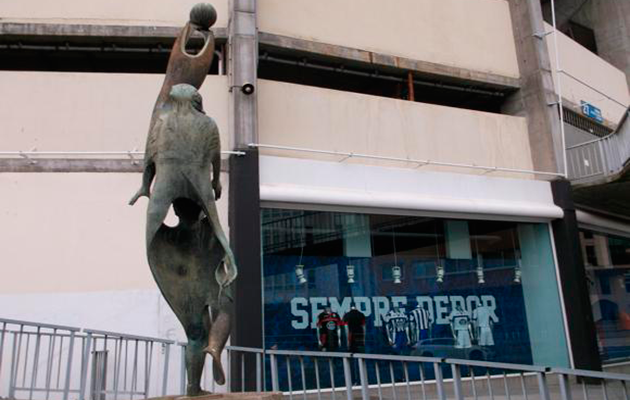 The rather chic Depor Tienda (Mon-Sat 10.30am-2pm, 5-8.30pm, match days) near the Acuna statue on Calle Manuel Murguia stocks a range of equally chic retro clothing. It also doubles up as a mini museum, with a trophy cabinet (including the 2000 Spanish title) in a raised area at the entrance.

Few stadia, not even Valencia’s or Bilbao’s, are surrounded by as many bars as Depor’s. Most line Calle Manuel Murguia, from the popular Estadio on the seafront corner, past Sieiro with its quality Serrano ham sandwiches and on to Brigantia. El Rompeolas features an outstanding display of classic Depor moments in black and white, from Franco-era line-ups to Bebeto’s tears and beyond. 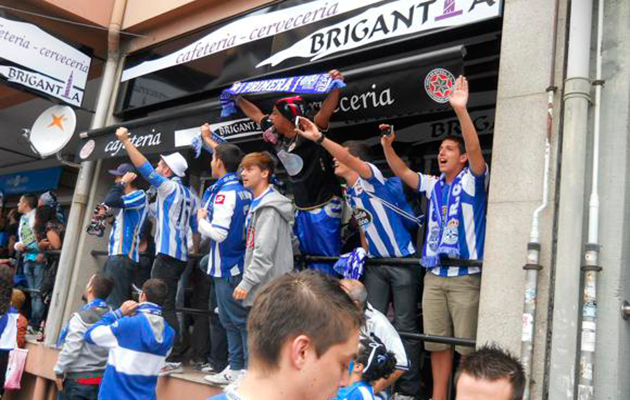 The Taberna Riazor/Pulpeira specialises in octopus, as its name suggests, Blanco y Azul in blue and white. The traditional Stollen is sport-oriented, though that sport is hockey.

On the other side of the ground, on Avenida de la Habana, Chiquitin, near a nicer and bigger corner grill restaurant Gonzaba, is bafflingly popular. Just beyond, O’Norte (Avendia de Peruleiro 3) is also popular. 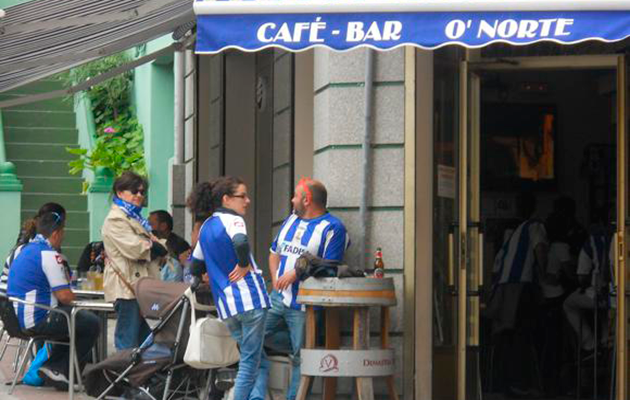 Finally, on the beach itself, the formerly unsurpassable Playa Club is now a bland lounge bar with nightspot touches. The sea view, though, cannot be beat.