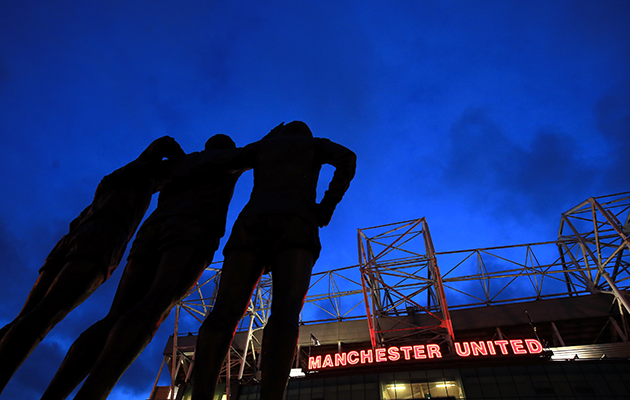 Manchester is one of 200 soccer cities featured in Libero, the digital travel guide for football fans. Regularly refreshed with new destinations, Libero is a one-click treasure trove of football trip tips, tales and trivia. See www.liberoguide.com/manchester/. 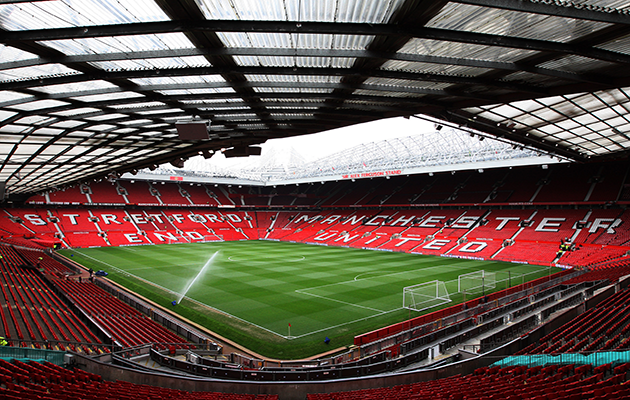 While United are the most titled club in the land, newly moneyed City are now major players after massive investment from Abu Dhabi.

Each won the Premier League title twice in four seasons from 2011 to 2014.

The rivals finished on equal points in 2015-16 but can look back on completely different seasons, City in contention for the title until spring and reaching the Champions League semi-final, United mainly mediocre but qualifying for the Europa League.

It is now down to the two biggest managers in the modern game, Pep Guardiola and Jose Mourinho, to turn things around, the Catalan opting to live in the city centre and learn the language as he did in Munich. 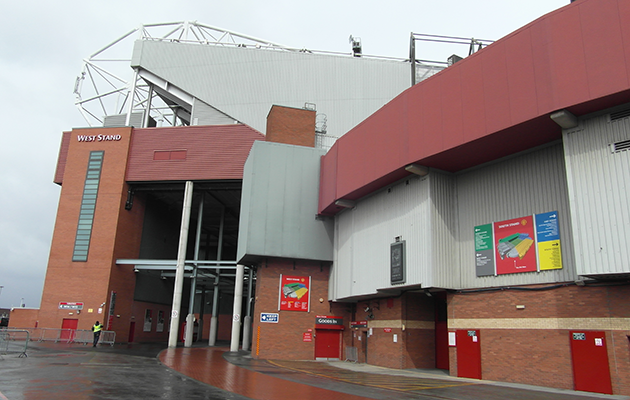 United haven’t yet recovered from the departure of manager Sir Alex Ferguson in 2013, after claiming their last league crown. City won a memorable title in 2012.

Even in the late Victorian era, the two clubs were top dogs in town, winning the Manchester Cup seven times in its first eight seasons. Back then, United were the railway team of Newton Heath, City were Ardwick, formed by St Mark’s Church in Gorton. Both were based in the east of the city – each gained their present name either side of 1900.

Under club secretary Ernest Mangnall, United won their first league titles and FA Cup. Mangnall switched to City in 1912 – giving that September’s derby, won by City at United, extra spice. Back then, the club secretary had a managerial role, so Mangnall is considered the only man to have been at the helm of both clubs. Mangnall both arranged for United to move to Old Trafford south-west of town, and for City to move from Hyde Road in West Gorton to Maine Road in Moss Side, south of the centre.

With Old Trafford bombed out in World War II, Manchester United, under former City player Matt Busby from 1945 onwards, spent several years at Maine Road. Under Busby, a young United side captivated the nation until it was tragically cut down in its prime in the Munich Air Disaster of 1958. Busby’s Red Devils bounced back in the 1960s, the star trio of George Best, Bobby Charlton and Denis Law arguably the most celebrated in English football history.

Until City’s recent Abu Dhabi investment, the late 1960s saw both Manchester clubs at their height, United lifting the European Cup 18 days after the Sky Blues won the league crown in 1968. Defeat for title-holders United at home to Sunderland on the last day of the season let in their local rivals. Derbies then were fervent affairs, Best taking the greatest pleasure out of jinking past City hard man Mike Doyle.

City fans, perceived to be more numerous in Manchester itself, also celebrated European silverware in 1970.

From then on, until the investment of 2008, rejoicing was pretty much limited to schadenfreude at any United failures. The classic moment came in 1974, a cheeky backheel by ex-United star Denis Law, playing for City again after 13 years, that condemned United to relegation. He didn’t celebrate. 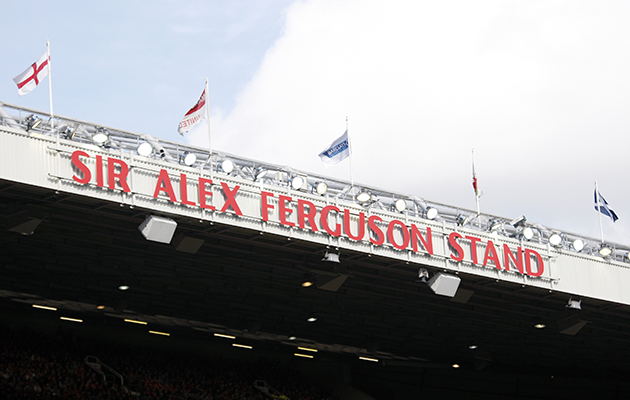 United dipped with Busby’s team’s demise only to revive under Ferguson with the introduction of the Premiership in 1992. Ferguson’s team, Eric Cantona and all, were made for live TV. Cantona, and later David Beckham, became global celebrities. United dominated a decade that ended with the treble, including the Champions League in Fergie time. Famously, Ferguson had set out at Old Trafford ‘to knock Liverpool off their perch’. Manchester City weren’t even in the equation.

That all changed after 2008 and City’s last-gasp title win of 2012. With United still in relative disarray, the Sky Blues are usually considered a better bet for a top-four finish at very least.

With the arrival of Jose Mourinho, Paul Pogba and Zlatan Ibrahimovic in 2016-17, United are looking to start afresh post-Ferguson. 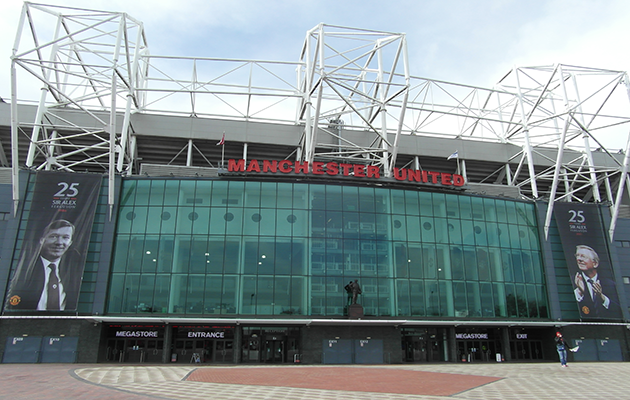 ‘The Theatre of Dreams’, Old Trafford can accommodate nearly 76,000, making it the biggest club ground in England. If a mooted second tier is added to the South Stand, capacity will reach 90,000.

Unveiled in 1910, Old Trafford, set by the Bridgewater Canal, was conceived by great Scottish stadium architect Archibald Leitch, responsible for Anfield, Highbury and Hampden Park. Seriously damaged by German bombing, it reopened through the 1950s and saw significant renovation for the 1966 World Cup. 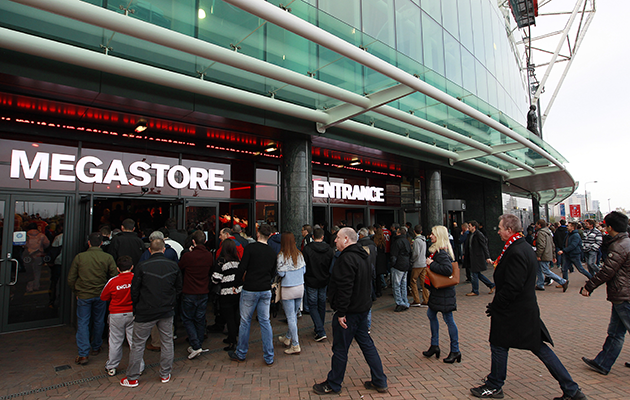 A new North Stand was built in time for Euro 96, and smaller later expansions have set Premiership attendance records. The three-tier North Stand above United Road, since named after Sir Alex Ferguson, houses the Red Cafe and Manchester United Museum. The facing smaller South Stand accommodates VIPs, media and the dug-outs. The West Stand is the former Stretford End, home of United’s hard-core following, while the East Stand houses the United Megastore. 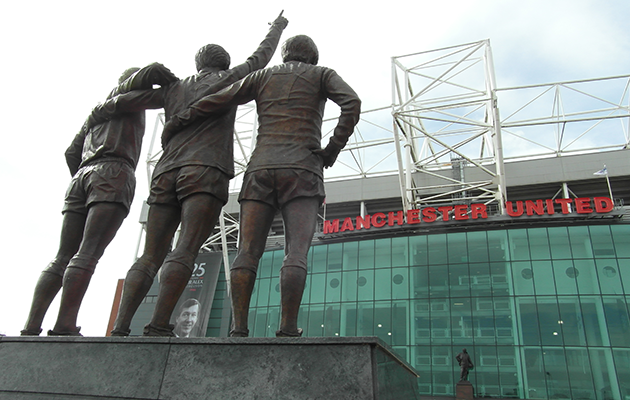 Away fans are allocated a corner (currently sectors STH229/E230-233), between the East and South Stands. Outside the East Stand, on Sir Matt Busby Way, stand statues to Best, Law and Charlton, and Busby himself. 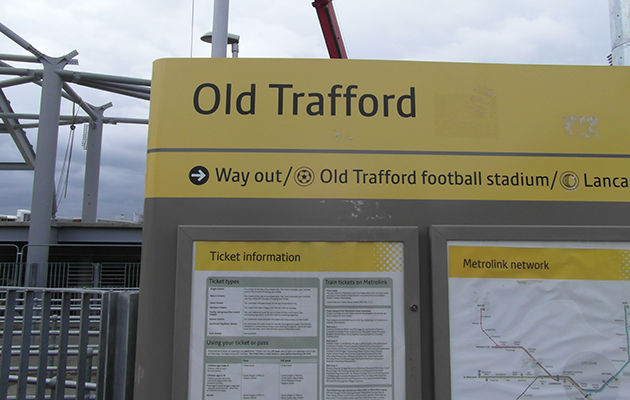 Exit the station into Brian Statham Way with Old Trafford cricket ground on your left, head up Warwick Road until the junction of Chester Road and Sir Matt Busby Way. The stadium is ahead. Allow 15 minutes.

The huge, three-floor museum contains rooms dedicated to Sir Matt Busby and Munich, and an impressive walk-through exhibit presenting the story, game-by-game, of the 1999 treble. You can get your hands on Wayne Rooney’s boots at the Learning Centre and type in your name for a free personalised certificate of your visit. 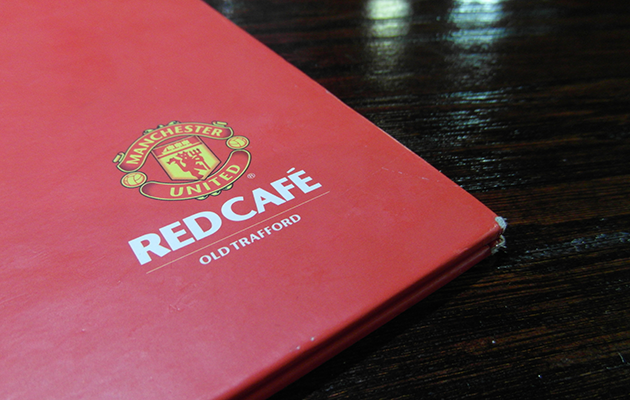 On Chester Road, classic pre-match pubs include The Trafford (No.699), decked floor to ceiling in United memorabilia (even down to the red pool table), and The Bishop Blaize, a screen-lined Wetherspoons whose bar features the oar swiped from the final scene of Ken Loach film ‘Waiting For Eric’, signed by Cantona himself.

In the North Stand, the themed Red Café by the museum exit can provide steak or fish and chips before United and City do battle on the table football table.