Turin is one of 250 soccer cities featured on Libero, the digital travel guide for football fans. Regularly refreshed with new destinations and travelogues, Libero is a one-click treasure trove of football trip tips, tales and trivia. See Turin.

The former Stadio Comunale (and originally Stadio Benito Mussolini) is now the Stadio Olimpico di Torino, used almost exclusively by Torino FC and occasionally for rock concerts. As a plaque outside on corso Sebastapoli describes, the stadium was built by Mussolini for the Giochi Littoriali in 1933. With its key feature of the Marathon Tower, the Mussolini hosted games by the great pre-war Italian national and Juventus teams.

The post-war Comunale also hosted Toro games but fell into disuse when the Stadio delle Alpi was built for the 1990 World Cup. 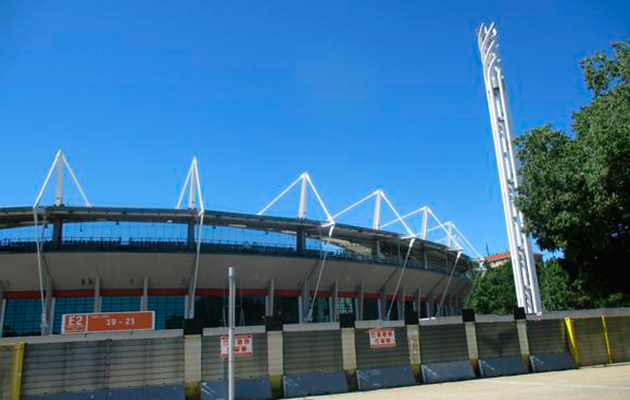 Revived and rebuilt for the Winter Olympics of 2006, and converted thereafter for use as a football ground by Juventus and Torino, the renamed Stadio Olimpico today holds 28,000. Juve moved out in 2011.

But all this is recent history. For the real story of Torino FC, ‘I Granata’, you have to walk a short way across corso Agnelli to via Filadelfia. 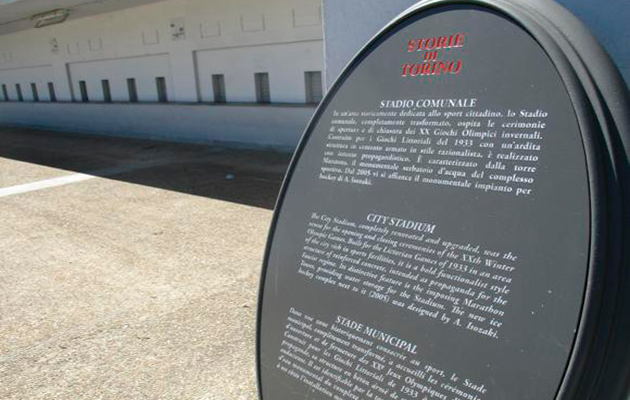 Like some ghostly shipwreck, the ruins of Torino’s Stadio Filadelfia can still be seen though yet not entered. Set on the street of the same name, the Filadelfia was opened in 1926 and played host (along with the Stadio Mussolini) to the Grande Torino side that dominated the Italian game in the 1940s. This was where Loik and Mazzola wowed the masses in wartime. 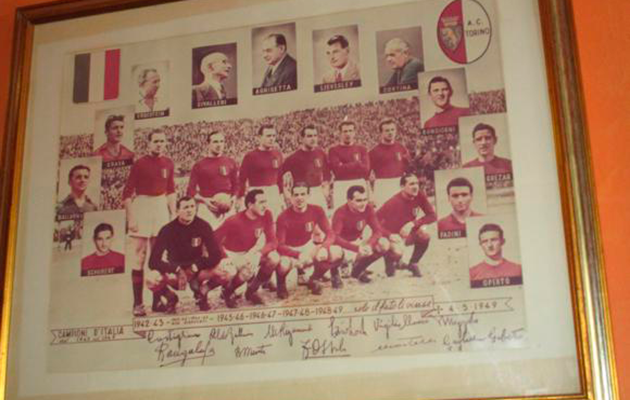 All the players perished in the Superga air crash of 1949 – neither Torino nor the Filadelfia recovered. Il Toro last played here in 1963 (their last goal scored by later World-Cup winning coach Enzo Bearzot). Many attempts have been made to revive the arena, where Toro fans gather every May 4 to mark the Superga anniversary – but all fell on stony ground.

In 2013, it was announced that, at last, the Filadelfia was being rebuilt, a deadline of 2016 set to coincide with the 90th anniversary of its first unveiling. The plan is for a smaller stadium to be built within the old walls, remnants of which are still standing. This pitch would be used for Torino’s youth team and first-team training sessions. Club offices would also be built here.

In truth, given the graffiti and bars around the ground, Toro have never really gone away. 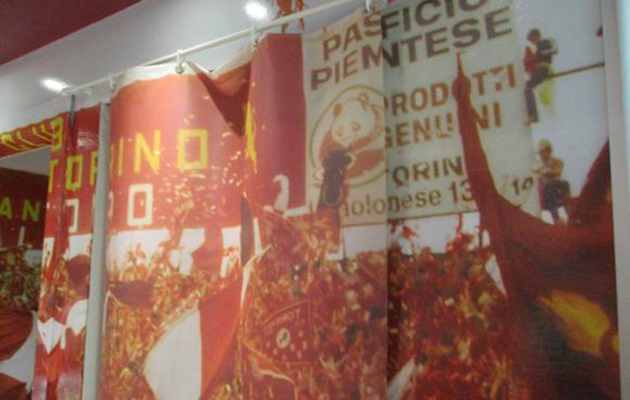 Taking the bull of Turin as their symbol, disgruntled members of Juventus met at the Voigt brewery on via Pietro Micca in December 1906 to form Torino. Among them was later World-Cup winning coach Vittorio Pozzo, who coached Torino for ten years before his stint as national team manager.

It was Pozzo who pulled the strings in 1942 for Torino to sign inside-forward duo Ezio Loik and Valentino Mazzola from Venezia, whose telepathic understanding was uncanny – they were even born on the same day in 1919. This formed the basis of the Grande Torino side of the 1940s, lighting up Torino’s beloved Filadelfia. Playing an intelligent 4-4-2, and forming almost the entire Italian national side, Torino won consecutive titles by considerable margins.

Approaching a fifth title, they flew to Lisbon to play a testimonial friendly with Benfica – and flew back into the hilltop Basilica of Superga outside Turin. Pozzo had to identify the bodies.

The Granata duly moved from Filadelfia to groundshare with Juve at the Comunale.

In 1976, forward partnership Paulo Pulici and Francesco Graziani gained Toro an emotional, post-Superga title. Providing the chances was Claudio Sala, an ever-present that decade. The title race went right to the wire, Toro beating Juve in a crucial derby near the end.

Having lost top-flight status through financial problems in 2005, Torino continued to flit between Serie A and B. Toro again joined the elite in 2012 – and have stayed there since. 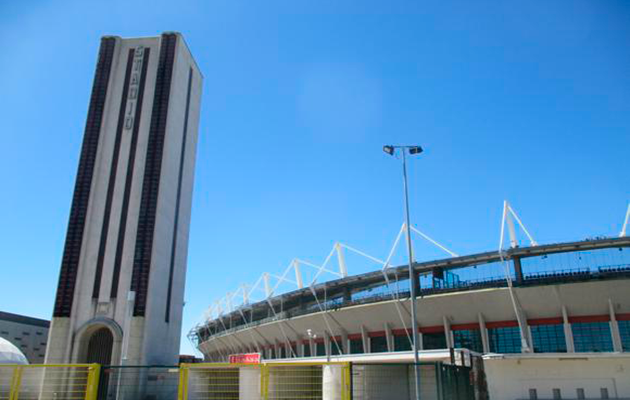 With the Olympic Park to your right, from the Stadio Olimpico you can make out the Alps ahead in the distance. Note the umbrella deposit at the gate – no umbrellas allowed in foggy, rainy Turin.

The Marathon Tower remains, rising high over the home end, or Curva Maratona (or Curva Nord, yellow). Visiting fans are allocated a section between the opposite Curva Primavera (green) and the Distinti Granata (red). The best seats are found in the Tribuna Granata, suitably also named the Tribuna Grande Torino. 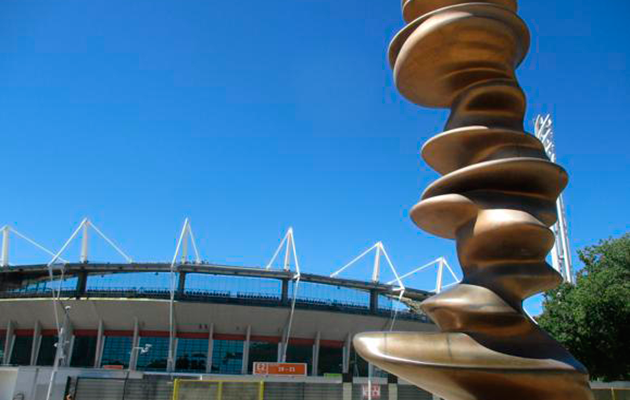 If you’re arriving at Porta Nuova station, turn left into via Sacchi, and cross the tram tracks for the No.4 stop. The tram will take you back along the station building, down via Turati that becomes corso Unione Sovietica. It takes 10-15 mins to reach the rond-point of San Gabriele. Walk right down via Filadelfia – left takes you to the old Toro stadium.

For most of 2016, work on the tram tracks means that the No.4 sets off from via Secondo, two streets over from via Sacchi.

Tram No.10 runs from Porta Susa station to corso Agnelli, the main street that runs parallel to the Stadio Olimpico. This is closer to the main stadium and also allows access to the club shop. 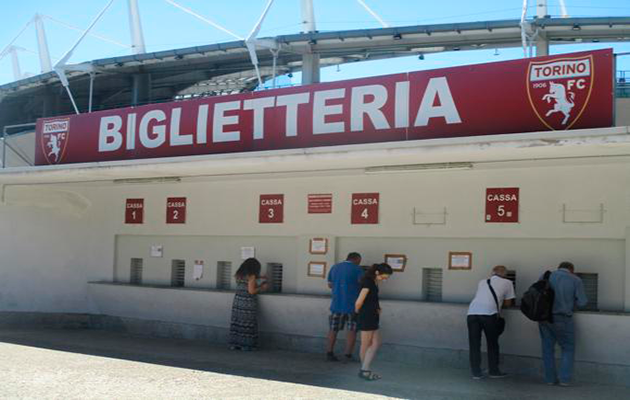 The main ticket office is on corso Sebastopoli (Mon-Fri 10am-1pm, 2pm-6pm and 2hrs before kick-off). You must provide a valid passport upon purchase. Tickets are also available online from TicketOne (www.ticketone.it).

For lesser opposition, the cheapest tickets in the Curva Maratona or Primavera are as cheap as €10, rising to €15 in the Distinti Granata. A decent seat in the Poltroncine Granata is €30, €60 in the Tribuna d’Onore and €90 in the Tribuna Grande Torino. For A-category opposition, prices rise at least 20% – against Juventus, it’s €30 in the Maratona, €40 for the many visiting supporters and €50 in the Granata.

The main outlet for merchandise is right in the city centre, the Granata Store at piazza Castello 10. It’s hidden away in an arcade, opposite door 9 and near the orange taxi sign, close to via Po. There are china bulls, dressing gowns, replica shirts and pictorial histories of Il Grande Torino. In the window is a large image of Valentino Mazzola, the last photo ever taken, in Lisbon in May 1949. 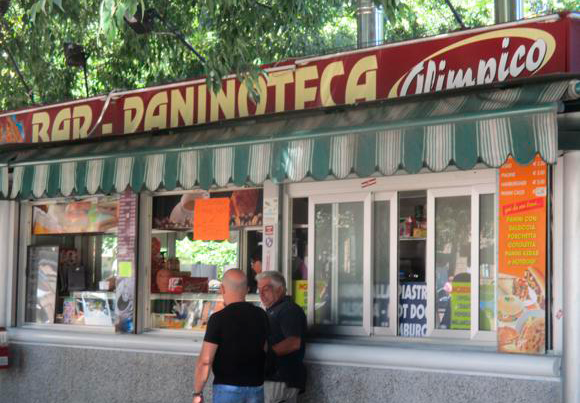 For drinks and snacks, the kiosk on corso Sebastopoli directly opposite the main ticket office, the Bar-Paninoteca Olimpico, offers a range of bottled beers. 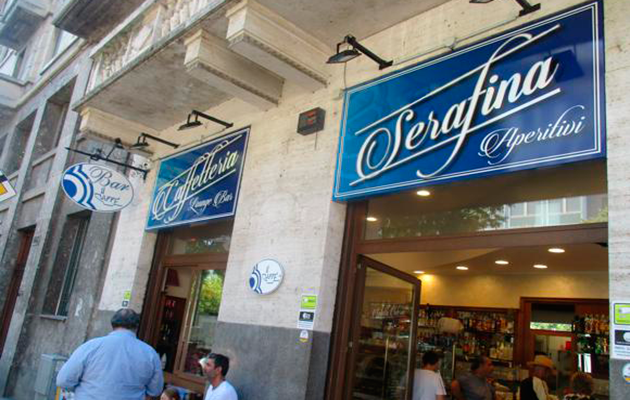 Nearby, at the junction of Agnelli and Sebastopoli, the Serafina is a contemporary version of a classic retro Italian café/eaterie that appeals to an older clientele nonetheless. 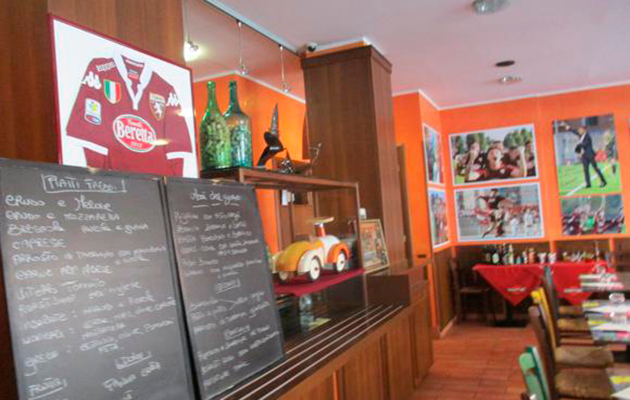 Via Filadelfia, now that the stadium is being reopened, has a better selection of Torino-focused bars. Sweet Toro immediately opposite the Filadelfia stadium is a popular Toro meeting place – presumably why it was firebombed by Juve fans before the derby in 2016. 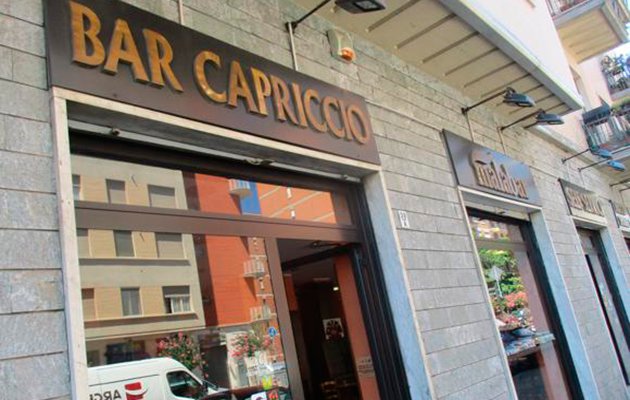 A few doors down, the Capriccio is easily the best choice of pre-match imbibery, one part bar, one part restaurant, decorated with archive photos of the Grande Torino side of the 1940s – and of the funeral that honoured it – plus sundry contemporary action shots.