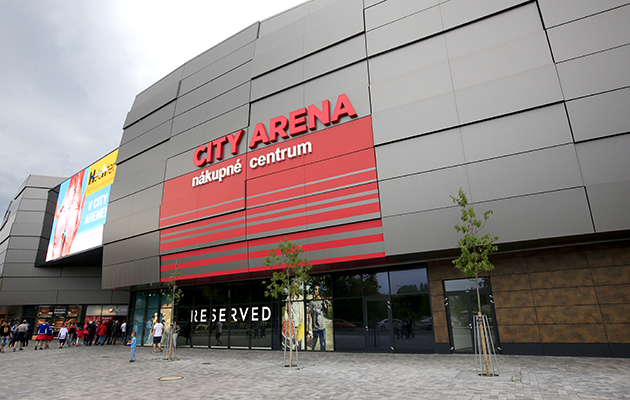 Trnava is one of 200 soccer cities featured in Libero, the digital travel guide for football fans. Regularly refreshed with new destinations, Libero is a one-click treasure trove of football trip tips, tales and trivia. See www.liberoguide.com/trnava/.

Nearly 50 years after the visit of Johan Cruyff’s Ajax for a European Cup semi-final, Trnava is once again an international football hub thanks to the recent reconstruction of the Stadion Antona Malatinskeho.

Spanking new and sleek with it, the officially titled ‘City Arena – Stadion Antona Malatinskeho’ was opened in August 2015 after a complete rebuild, the adjoining shopping mall factored into the overall cost of €79 million. 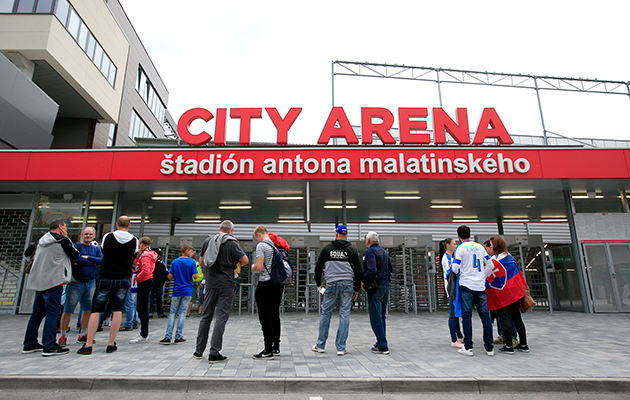 Nearly €30 million of that was spent on the stadium itself, named after the legendary coach of long-term tenants Spartak Trnava, Anton Malatinsky.

Given the seemingly interminable delays to the rebuilding of Slovan’s Tehelné Pole ground in Bratislava, the Anton Malatinsky Stadium has become Slovakia’s national arena. A pre-Euro visit by Northern Ireland attracted a crowd of 18,000, just short of overall capacity – in 2015-16, Spartak attracted nearly three times the Slovak league average of 2,400, Slovan Bratislava included.

And this a club that hasn’t won a league title since the Malatinsky era of the early 1970s. More than 40 years on, Trnava remains the heartland of football in Slovakia.

As a player, Trnava-born Malatinsky came into the game when Nazi-backed Slovakia had a separate league and national side in World War II. A savvy midfielder, Malatinsky also earned national caps, first for Slovakia then, after 1945, for Czechoslovakia. With Communism, the club was forced to undergo the usual worker-friendly name changes – Sokol, Kovosmalt – before Spartak was settled upon in 1953.

Shortly afterwards, a knee injury ended Malatinsky’s career. Coming back to Trnava in 1963, Malatinsky set about creating a side that would beat the likes of Dukla and blaze a path in Europe. Under Malatinsky, Spartak won their first league title in 1968 before he fled to Vienna in the tumultuous Prague Spring. In his place came former Slovan coach Jan Hucko, who kept the White Angels in the hunt. With the same squad, Spartak again won the league in 1969 and won through to the semi-final of the European Cup at the first attempt.

Losing 3-0 to Ajax in Amsterdam, Spartak took the Dutch side to the wire in Trnava after Ladislav Kuna put the home side 2-0 up just after half-time. It wasn’t to be. The following season, the toss of a coin saw Galatasaray go through at Spartak’s expense, the last time a European tie was decided in this way. 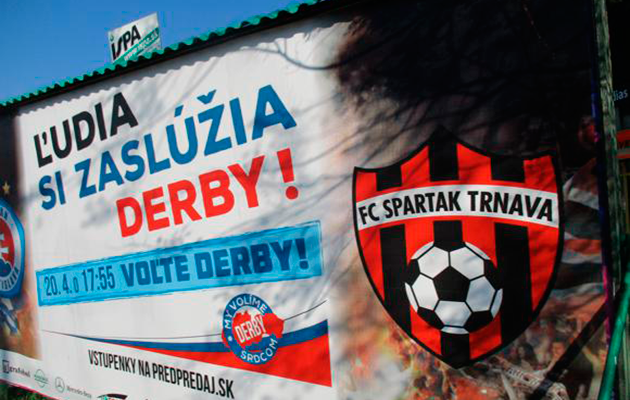 Malatinsky returned in 1971. In the following five years, Spartak won three more titles and twice made the quarter-finals of the European Cup.

A year after his death, Slovakia’s weaker, stand-alone league was created. Since then, Spartak have only finished runners-up, on three occasions, and won the cup, in 1998, a poor return for such a decorated club. 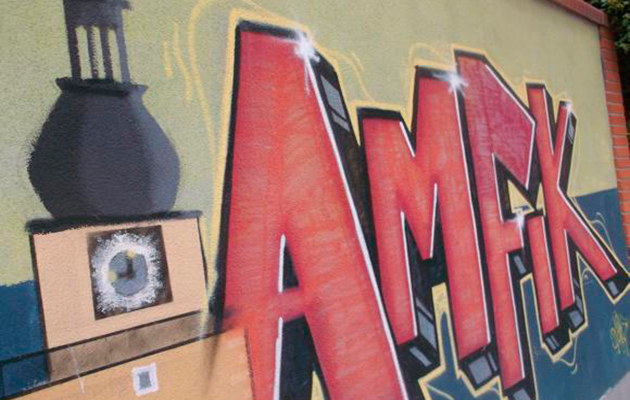 Despite this, there always seems to be a sense of continuation, of decades of football tradition. Current chairman Dusan Keketi was a goalkeeper here in the Malatinsky era and his coach, Miroslav Karhan, spent 15 years at the club as both a youth and an ageing international.

As for the fans, the Ultras Spartak are almost as loud, as colourful and as co-ordinated – if not as numerous – as their famed Italian counterparts. 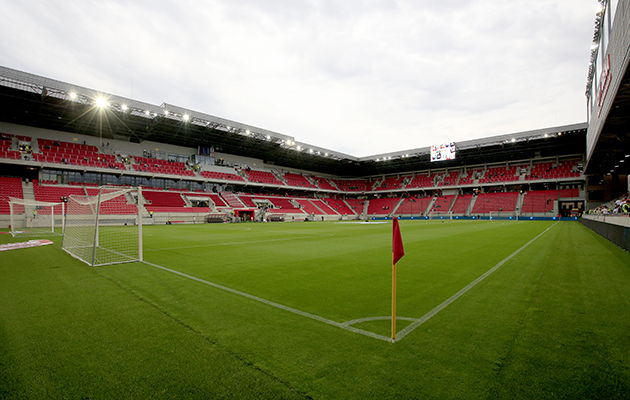 As well as complete modernisation, the most notable change to the Anton Malatinsky Stadium is in its layout. The main stand is no longer the West (Zapadna tribuna, entrances A and B) on Sportova but the East Stand (Vychodna tribuna, entrance G) nearest the City Arena mall, to cater for VIPs. Home fans occupy the North Stand (Severna tribuna) nearest the pedestrianised street of Dolne basty, entrance H, while away fans (‘Hostia’) are allocated one half of the South Stand (Juzna tribuna) on Kollarova, nearest the train station, sectors 15-17 and 46-48, through entrances C and D.

The stadium is an easy 10min walk from Trnava station. As you exit, walk over the footbridge to the right, then veer right again onto Kollarova and keep walking until you get to Sportova on your left. 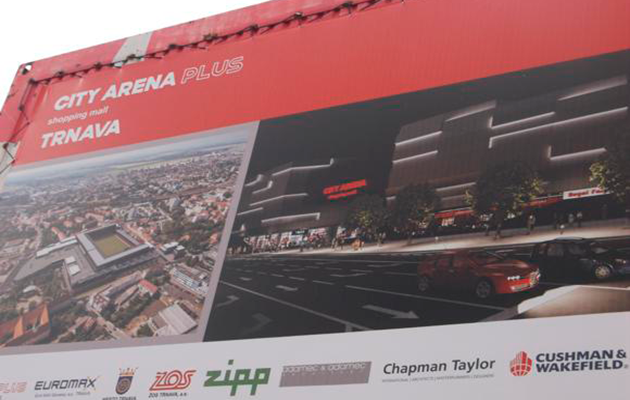 There’s also bus stop, Spartakovska, at the Kollarova/Sportova junction, for the No.3 two stops from the train station but the service is half-hourly at best, hourly on a Sunday.

For international matches, the Slovak FA http://www.futbalsfz.sk/ deals with ticket distribution. For major opposition, availability will be tight – tickets usually go on sale about a month before the match online at Ticket Portal www.ticketportal.sk and through the FA vstupenky.futbalsfz.sk.

Sales on the day for international fixtures are highly unlikely unless the opposition is particularly weak. 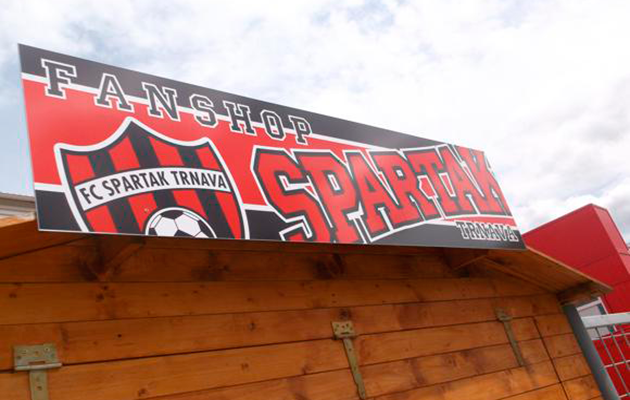 The new Spartak Fanshop (Mon-Sat 9.30am-5pm, match days at least 30min before & after the game) on pedestrianised Dolne basty behind the home North Stand stocks retro tracksuit tops, red-and-black jester hats and flags to stick on the outside of your car, all bearing the badge of Spartak. 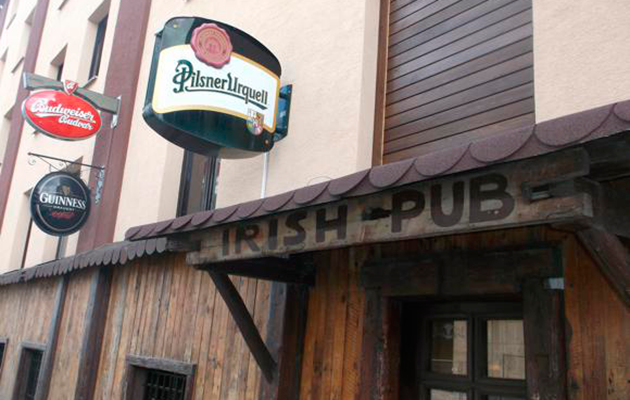 On the Kollarova side of the ground, nearest the train station and the away end, the cabin-like Irish Pub proffers Guinness, Budvar and Pilsner Urquell in a dark, wooden interior. 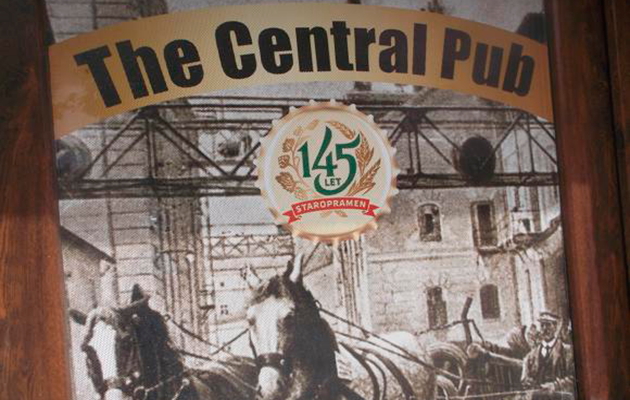 At the other side of the stadium, behind the home end, the Central Pub at the corner of Muzejne namestie and Halenarska is a shrine to the Malatinsky-era Spartak side, with a wall covered in black-and-white photos. 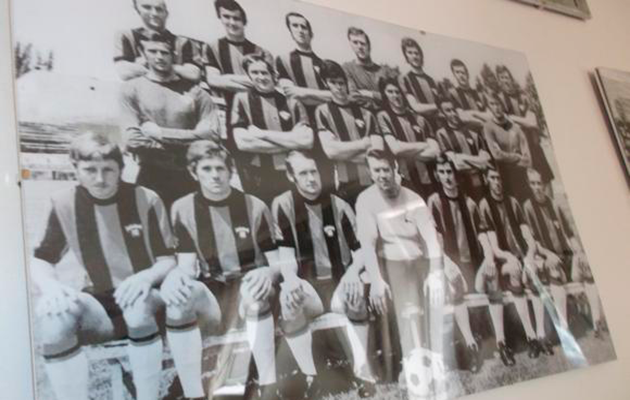 Within the City Arena mall, the Kavarien Stara Trnava has framed shirts and autographed photos of the Spartak legends who have been invited to make a personal appearance. 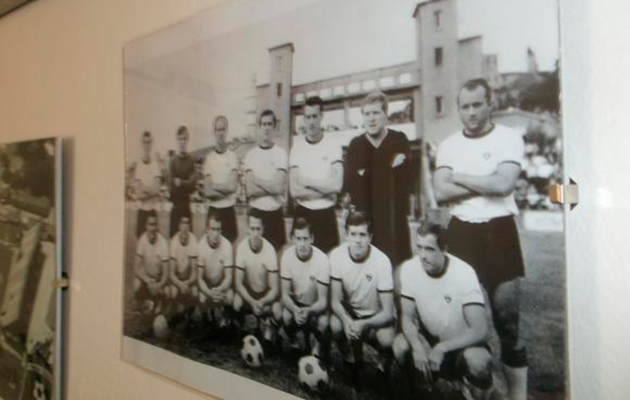