Madrid is one of 200 soccer cities featured on Libero, the digital travel guide for football fans. Regularly refreshed with new destinations and travelogues, Libero is a one-click treasure trove of football trip tips, tales and trivia. See www.liberoguide.com/madrid/. 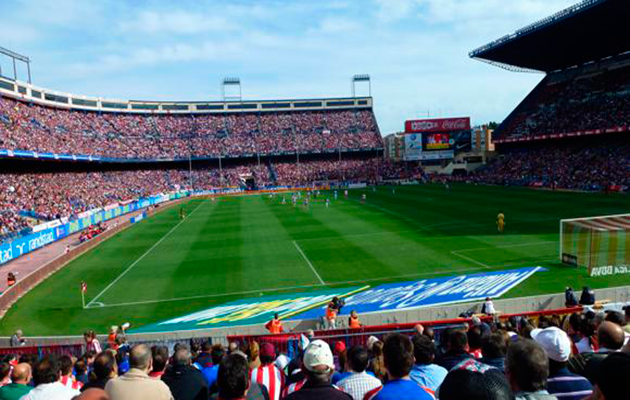 Home of Atletico Madrid, the Estadio Vicente Calderon is located in south Madrid, near a gas works and the Mahou brewery. The comparison with Real’s palatial Bernabeu on a central boulevard could not be more pronounced.

Atletico Madrid were founded as Athletic Club de Madrid in 1903 by local Basque students, a branch of the namesake team in Bilbao, and similarly first wore blue, then red-and-white stripes.

Ever since, the ‘Rojiblancos’ have also been known somewhat mockingly as the ‘Colchoneros’, the ‘Mattress-Makers’, a reference to the cheaper beds of the day. Certainly, the later Atletico were working-class, first based at Vallecas, then, after separating from Athletic Bilbao, at the Estadio Metropolitano.

After two further title wins under Helenio Herrera, Atletico were a major force, albeit one behind Real and Barca. As the giants waned, Atletico nipped in to win the league, and gain sundry silverware – including the Cup-Winners’ Cup of 1962. Soon after the championship win of 1966, long-term club president, Vicente Calderon opened a new stadium on the banks of the river it abutted: the Manzanares. After his death, it bore his name.

With a capacity of 62,000, Atletico’s stadium opened in October 1966, Spain’s first all-seated venue. Five years later, the man behind the project, then club president Vicente Calderon, was given the honour of having the stadium renamed after him. 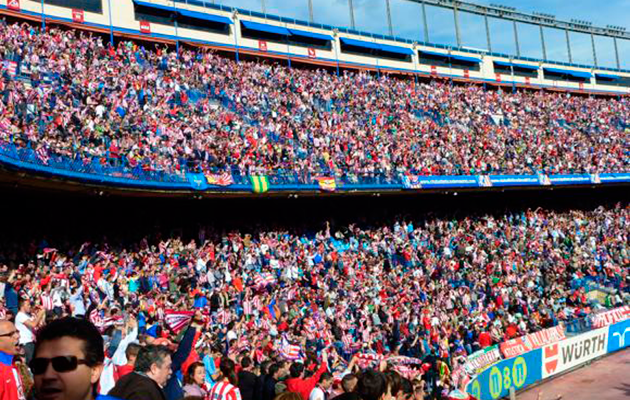 Although capacity has gradually been reduced – it currently holds nearly 55,000 – the radical lay-out remains, one stand straddling a main road, making its upper tier vibrate with heavy traffic. A venue for the 1982 World Cup, it has been classified as a UEFA Elite stadium for international fixtures.

The stadium was a major factor in Atletico’s memorable title win of 1995-96. Controversial ex-Marbella mayor Jesús Gil y Gil had become long-term club president in 1987, seeing out 30 coaches. Only one, Raddy Antic, won Gil the title, in 1996, thanks to fellow Serbian playmaker Milinko Pantic and Argentine Diego Simeone. Gil then paid a fortune for top foreign stars, the club lost balance, momentum and eventually even their top-flight status. Gil ended up in jail. 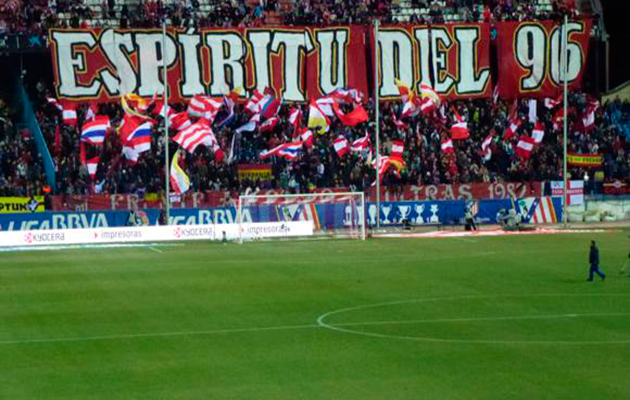 Simeone, of course, has returned as coach, leading the most successful Atletico side of all time. A Europa League trophy, two Champions League finals and, in the Messi/Ronaldo era, a Spanish League title, have all been achieved by the Colchoneros under Simeone.

Meanwhile, how long Atletico stay at the Vicente Calderon is in question, with serious plans to move to a new stadium, ‘La Peineta’ right across town. All will become clear after Atletico take ownership of their current home in 2016, 50 years after its unveiling. 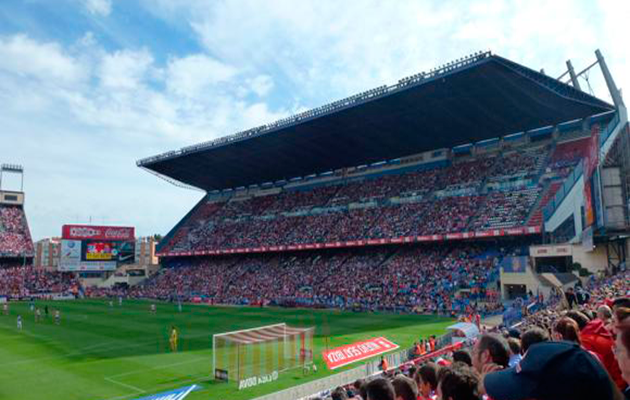 The best seats at the Vicente Calderon in the tribuna main stand, and in the lateral. Home fans gather in the Fondo Sur, visitors a far section of the second tier in the facing Fondo Norte.

The stadium is a short walk from Piramides metro stop on green line 5. The Marques de Vadillo stop on the same line is also reasonably close. 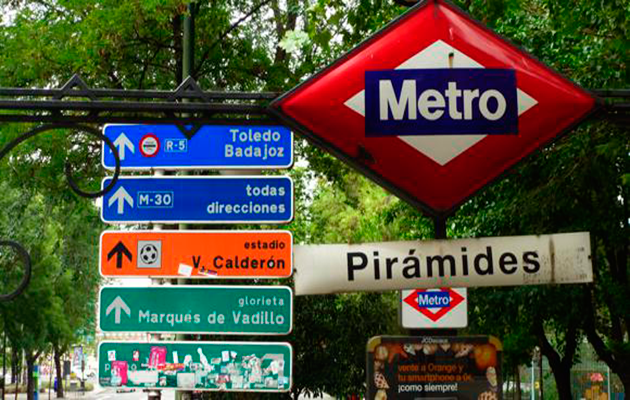 The taquillas are set in the south-west and north-west corners of the stadium, at either end of the Tribuna main stand, on the Paseo Virgen del Puerto. They open 11am-2pm and 5-8pm on the day before games and from 11am until kick-off on match days.

An excellent view is to be had from anywhere in the second tier, either Fondo or Lateral, for which tickets are generally available. 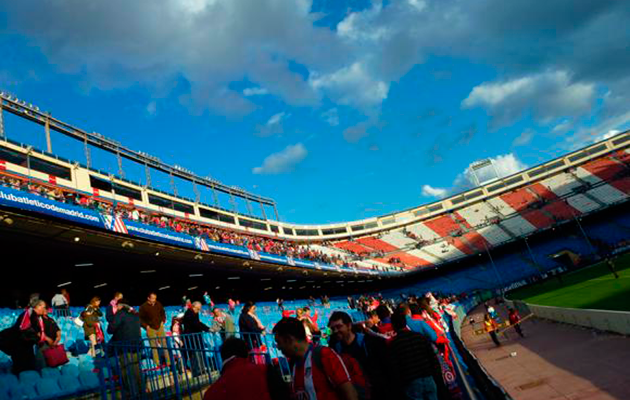 You can also use any ATM in the Servicaixa network, or through the club website (Spanish-only for ticket sales), which in turn directs you to ticketmaster.es where English is available.

The club shop (Mon-Sat 10am-8pm, times vary for match days) by gate 10 does a roaring trade in Azerbaijan-sponsored club shirts (away ones now black-and-yellow) as well as the usual paraphernalia. 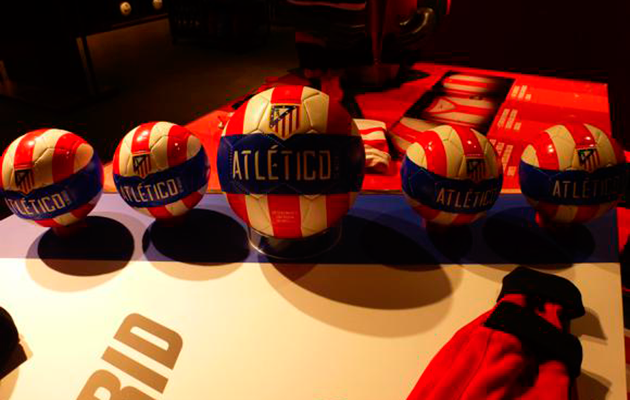 Enter through the stadium restaurant 1903 Sport Arena by gate 23 for the museum (€6, Tue-Sun, 11am-7pm, until kick-off on match days) and tour (€10 combined, winter Tue-Fri 1pm-5.30pm, Sat-Sun noon, 1pm, 4pm, 5.30pm; summer Tue-Sun noon, 1pm, 4.30pm, 5.30pm). Beginning with the stadium itself – note the new stadium plans – visitors check out the Fondo Sur and its murals below, VIP areas, dressing room and tunnel. They are then left to enjoy the retro treasure of the museum, Ludo sets, rattles and the like.

You’ll find bars along Paseo de los Melancolicos, most notably the Cerverceria Alegre (No.49), with images of the Calderon being built and classic Atleti line-ups amid a festive pre-match atmosphere. Nearby, the Cafeteria Piramides (Glorieta Pirámides 6) is another Rojiblanco haunt, with more Calderon imagery on display.

The Cafeteria Dumas (c/San Epifanio 1), close by but tucked away, offers tables outside and bottled Alhambra beer.

At the stadium, VIP guests reserve tables at the 1903 Sport Arena restaurant at gate 23.

At last! England have some reasons to be cheerful