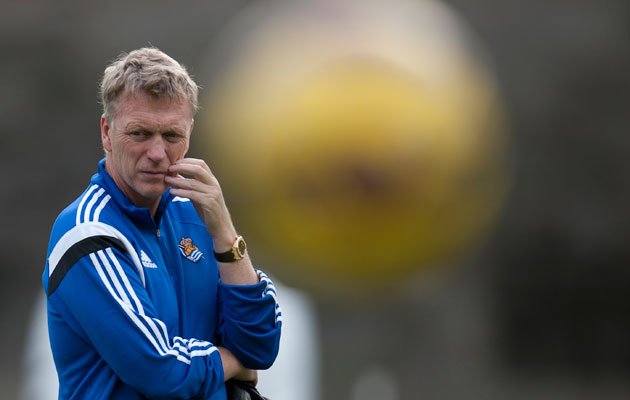 After his side’s 4-0 defeat at Villarreal last weekend, David Moyes faces the biggest game so far of his reign in Spain as Real Sociedad host Athletic Bilbao in the Basque derby.

Struggling on and off the field, bottom-of-the-league Parma – who were docked a point last week for failing to pay their players’ wages – are at home to fellow Serie A strugglers Cagliari, who are two places and six points ahead of their hosts.

Newly crowned Copa Sudamericana winners River Plate go into this weekend with an outside chance of defending the Argentine league title they won six months ago. They’re two points behind Racing, with both teams favourites to win their games on Sunday. They need to beat Quilmes and hope Racing Club fail to beat Godoy Cruz.

Liverpool visit Old Trafford on Sunday to face arch-rivals Manchester United. Nine months ago Liverpool made the same trip and and blew away the reigning champions 3-0 – a result which cemented their title credentials.

Since then, not much has gone right for Brendan Rodergs’ side, and in the wake of this week’s Champions League exit there has been speculation about his position at Anfield. Another defeat on Sunday and that speculation will only intensify.

Augsburg have been one of the unlikely success stories of the first half of the Bundesliga season. Lying in third spot, their highest ever league position, they welcome unbeaten Bayern Munich for what promises to be an intruiging Bavarian derby.

“We’re going to do all we can to create an upset,” Augsburg coach Markus Weinzierl told Kicker.

After winning the J.League title last weekend to add to their League Cup triumph, Gamba Osaka are expected to complete the Japanese treble when they play the Emperor’s Cup final against second division Montedio Yamagata early on Saturday.

Montedio recently won promotion from J.League 2 but Gamba are expected to be too strong after clinching the J.League title with a run of 15 victories in their last 20 matches.

The top two in Portugal clash on Sunday night when leaders Benfica travel to second-placed Porto. Jorge Jesus’s side will be looking to bounce back from a disappointing Champions League campaign which, unusually for them, resulted in the club having no European football to look forward to in the new year.

The biggest day in the brief history of Western SydneyWanderes takes place on Sunday when they face Mexican side Cruz Azul in the Club World Cup quarter-final in Marrakesh.

Formed only in 2012, Tony Popovic’s side became the first Australian side to win the AFC Champions League and their reward is participation in FIFA’s elite club competition.

The winners of this tie will face European champions Real Madrid.