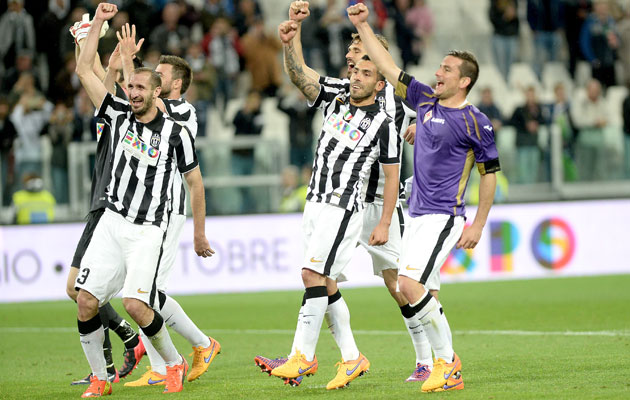 Will Juventus seal the league title?

Juventus face Sampdoria on Sunday knowing that a win will guarantee them yet another league title – their fourth consecutive scudetto and 31st in total. However, with the runaway Serie A leaders facing Real Madrid in the Champions League semi-finals next week, coach Massimiliano Allegri may well be tempted to put domestic matters on hold for the time being, in order to focus his resouces on continental glory.

Can Hamburg beat the drop?

Last weekend Hamburg picked up their first league win since early February, and their first goals in seven games, to move off the foot of the Bundesliga with a 3-2 win over Augsburg.  The result provided the club with a lifeline, but their position remains precarious and they will be looking to build on that performance when they travel to Mainz on Sunday.

With a number of clubs near the foot of the table starting to pick up points in recent weeks, the pressure on QPR has been growing. This Saturday, they face a difficult trip to Liverpool, where defeat might signal the end of their time in the Premier League. Mathematically, Rangers would still have a slim chance of escaping the drop, but psycholgically, the damage may have been done.

Aged just 16 years, four months and 12 days, Martin Ødegaard was an unused substitute on Wednesday. If he had come on he would be the youngest player to make his first-team Liga debut for Real Madrid. He still has nine months to break Alberto River’s record, though.

Would Carlo Ancelotti be brave enough to risk him for the trip to Sevilla – a team which has not lost at home in over a year?

Will history repeat itself in Dutch Cup final?

Dutch Cup holders PEC Zwolle hope a repeat of an innovative motivational approach will help them retain their title in Sunday’s final against Groningen. Ahead of last year’s final – in which they thrashed Ajax 5-1 – the club secretly filmed messages of encouragement from the players’ families and then played them to the squad in the changing room before the game.

PEC coach Ron Jans says they have similar plans ahead of Sunday’s final in Rotterdam.