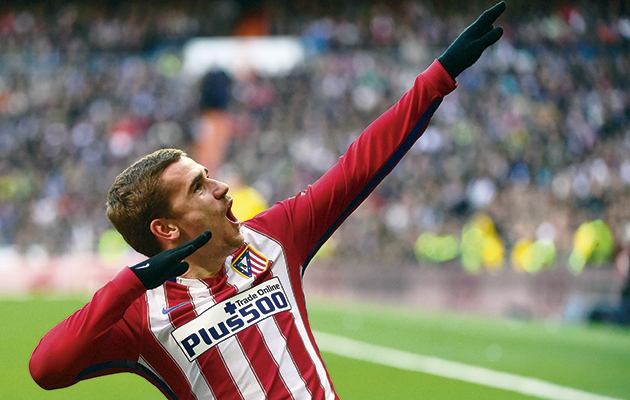 Antoine Griezmann is one of the three final nominees for the 2015-16 UEFA Best Player in Europe award, with the winner to be announced at the Champions League group stage draw in Monaco on Thursday.

The Altetico Madrid forward, along with Real Madrid duo Cristiano Ronaldo and Gareth Bale make up the shortlist for this year’s award.

Griezmann enjoyed arguably his best season in 2015-16, although defeat in both the Champions League and Euro 2016 finals left a bitter pill to swallow for the Frenchmman.

The Atletico striker wasthe standout performer for Diego Simeone’s side, scoring 22 La Liga goals as they finished just three points behind champions Barcelona. He also notched seven goals in 13 games before Atletico were beaten in the Champions League final on a penalty shootout to arch-rivals Real Madrid.

Griezmann was then instrumental in France’s march to the Euro 2016 final, scoring twice as many goals (six) as any other player, and being awarded the tournament’s best player award as the hosts finished runners-up.

Griezmann spoke about his memorable season on the eve of the UEFA awards.

Q: How does it feel to be among the three nominees for the Best Player in Europe award?

Antoine Griezmann: I was very happy and very proud. It means that I’m on the right track to be among the best. I have to keep going that way, keep working hard and giving joy to people when I play. Without being big-headed, I think I deserve it because I had a great season with my club and with the national team. Maybe I deserve to win the award. 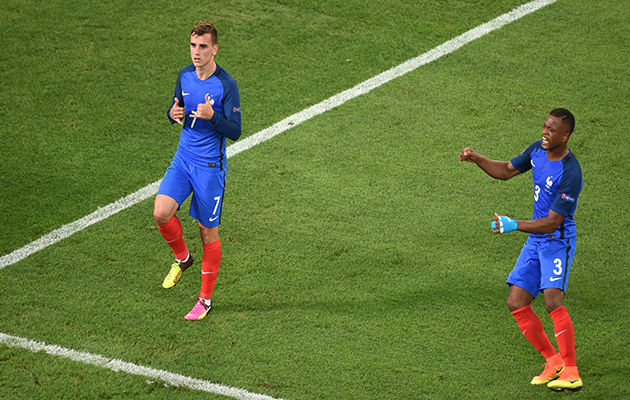 Antoine Griezmann celebrates scoring against Germany in the Euro 2016 semi-final.

Q: There were a lot of good, unforgettable moments last year, as well as the odd bad one. What was your highlight?

Antoine Griezmann: I think all of the games we won, but especially the Champions League quarter-final and semi-final. And then the whole of the Euro, because it took place in France – it was wonderful, and unfortunately for us we will never experience that again. We were really blown away, and I hope it was the same for the fans as well.

Q: Was that your best season as a player so far?

Antoine Griezmann: Yes, I think so, but I hope there’s more to come, a lot of goals, assists and why not trophies as well.

Q: What would winning the Best Player in Europe award mean to you?

Antoine Griezmann: It would mean I’m getting closer to achieving my objective of being amongst the best players, and to do that I need to keep on working hard and enjoying things on and off the pitch.