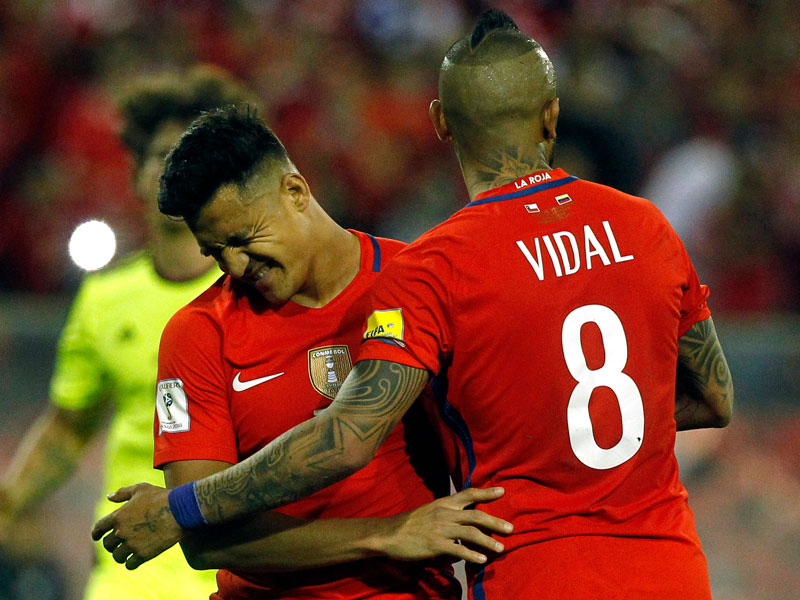 The recent FIFA dates were the last before squads are announced for the 2019 Copa America – which causes a certain anguish in Chile.

The Chileans had to wait 99 years to win the world’s oldest continental competition. They finally had a need for their trophy cabinet in 2015, when they staged the competition. A year later they won a special centenary Copa in the USA. They are the reigning champions – and the move you have, the more you have to lose.

It would be a truly remarkable performance if they were to win it again in Brazil this June and July. With a dose of melancholy, the Chileans are preparing themselves for the moment when they have to hand over their crown – and this is making life very difficult for their coach, the Colombian Reinaldo Rueda.

“After every defeat there is a drama,” he complained after the recent 3-1 loss to Mexico. “After every defeat I have to go.” Speculation had been rife in the Chilean media that last Tuesday’s meeting with the USA in Houston would be the last of his reign.

There would seem scarce justification for this. In a year in charge Rueda has a record of four wins, four draws and four defeats. This is not world beating stuff, but it is hardly a disaster – especially as the wins include victories on European soil over Sweden and Serbia.  And anyway, results at this stage are not the be all and end all. These games have all been friendlies. As Rueda said, “I arrived at a national team that needed to be reconstructed.”

This is undeniable.  Chile’s golden generation had run out of steam. They faltered in the home straight and missed out on qualification for last year’s World Cup. History shows that the lesser South American nations invariably suffer after the passing of a great crop of players. There is no reason that the story will be any different with Chile.

“I have some of our historical players who still have something to give,” said Rueda, “and some young players who believe they have what it takes to be in the starting line up. It’s a good mixture.”

But it is not ideal. The ‘historicals’ cannot go on for ever. And the new generation have yet to show that they have anything like the same potency as the old. And so Rueda kicked off against Greg Berhalter’s USA with a team still containing five members of Chile’s golden generation.

The oldest of them, defender Gonzalo Jara, had even been brought back for these FIFA dates, and was featuring for the first time under Rueda. This was clearly the consequence of some long and hard thinking by the coach – or, according to some in the Chilean media, the consequence of player pressure from the ‘historicals.’ Throughout his career, in which he has taken both Honduras and Ecuador to World Cups, Rueda has rarely strayed from a back four formation. The recall of Jara was to try something different. The coach had a look in the closing minutes of the Mexico game, when he brought Jara off the bench. And against the USA he started the way that he finished that match – with a defensive line of three.

This was risky – and it fell apart at its first test.  Jara’s key asset has been his pace – but at 33 he is not as quick as he used to be. His role was to sit in the middle of Gary Medel and Guillermo Maripan and provide cover. He did not do it when Medel was not tight on Gyasi Zardes, unsure of whether to mark him or follow the runner. This was Christian Pulisic, who raced beyond the back line to chip the USA into an early lead. Soon afterwards, Pulisic burned past Jara with ease, and keeper Gabriel Arias did well to block the danger. But by then Chile were level – and the nature of the goal helped explain Rueda’s choice of formation.

Fielding the extra centre back allowed Chile to push both wing backs high up the pitch. The equaliser began with a cross into the box from right wing back Mauricio Isla – and ended with a fierce shot into the net from left wing back Oscar Opazo – the first goal the US have conceded in the Berhalter era.

Settled by their goal, Chile played some fine football before half time. Throwing the wing backs forward allowed Chile to make the pitch big, to find spaces between the US lines, to keep their opponents on the back foot. Several times the Chileans won possession close to goal, and had the US defence at full stretch to prevent a shot from close range. And the continual long diagonal passes hit towards Isla were the outstanding feature of the half.

After the break the US sought to block that space. And Chile, with their ageing limbs, were unable to maintain the same intensity for the full 90 minutes. The game petered out into a 1-1 draw.  This was widely seen as an improvement on the defeat to Mexico. But the general consensus was that with under 80 days to go until the Copa America, Rueda’s side is still surrounded by doubts.

But how could it be otherwise?  The certainties of Arturo Vidal and company at their peak have gone.  The doubts about the way forward are inevitable.  There is no easy way to say it; Chile are going to have to prepare for the day when they are no longer the reigning champions of the Copa America.